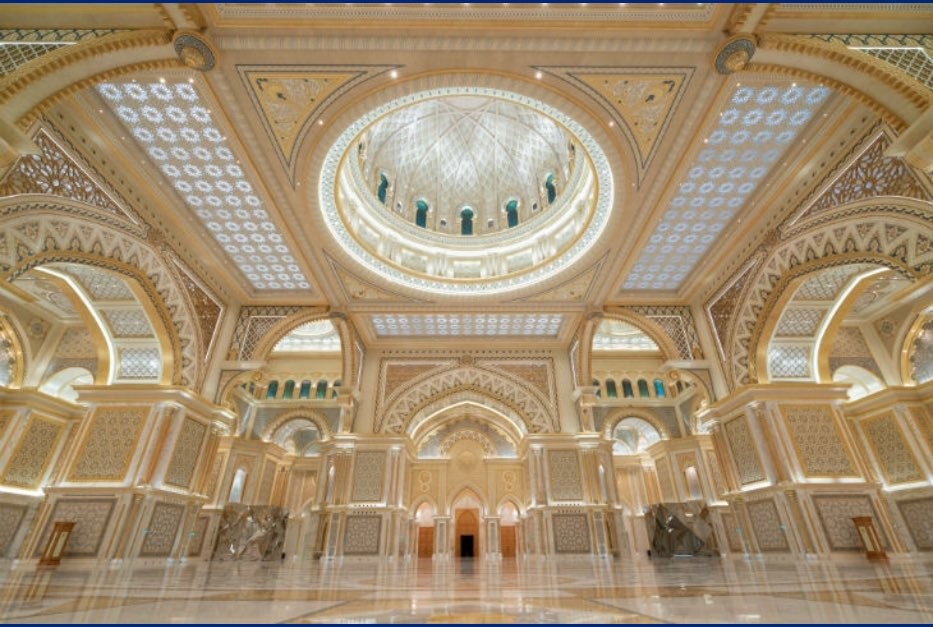 The travel and tourism website, www.hotelandrest.com, has chosen Abu Dhabi’s Qasr Al Watan as one of the 20 greatest contemporary culture and arts landmark in the world.

The specialised site in tourism media’s choice was based on the fact that Qasr Al Watan is one-of-a-kind unique landmark in the Arab world and Asia. Showing cultural and historical heritage in a new civilised style, Qasr Al Watan is exquisitely crafted to tribute to the region’s Arabian heritage and artistry.

Set amidst the 380,000-sqm Presidential Palace compound, it took 150 million hours of work to build the exquisite palace. Solid maple wood with hand-carved designs detailed with 23-carat gold, has been chosen for the doors due to their light in color and durability. The patterns have been carved by hand and each door took 350-man hours to make.

Hotel and rest shed the light on The Great Hall located in the heart of Palace of the Nation, the true testament of traditional Arabian craftsmanship and artistry, and the most beautiful hall in the world compared to other contemporary cultural palaces in many countries. The most arresting feature of The Great Hall is its central dome. Standing 60m above the ground and boasting a diameter of 37m, this meticulously crafted dome is one of the largest in the world, and a true marvel to behold. 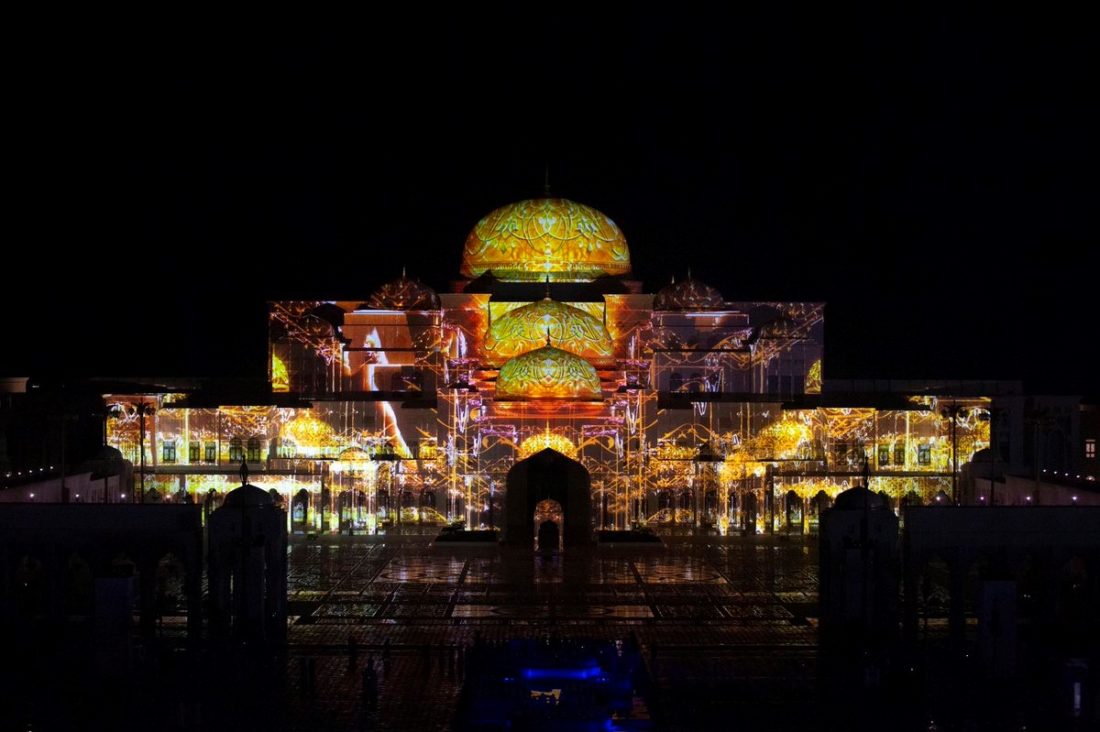 A geometric design was adopted in the Great Hall based on the division of the walls within three levels to show the structure of the hall first level at 6.1 meters high, the second 15.5 meters and the third 21 meters. The finest architectural details are presented through four huge cubes with their skewed mirror surfaces creating all kinds of unique optical illusions in this vast and glittering space. The key colours of the palace – white, blue and yellow – reflects the richness of the region’s landscape and allude to the dominant hues of the desert, sky and sea.

The Palace of Nation also features the Spirit of Cooperation hall, with its distinctive circular layout in the form of an open theatre. The iconic chandelier which has been designed to absorb ambient sounds in the room, this magnificent fixture comprises 350,000 crystals. Weighing an impressive 12 tonnes, this three-layered chandelier had to be assembled within the room due to its massive proportions.

The ‘Al Barza’ majlis is the largest room in Qasr Al Watan after The Great Hall, with designs that are inspired by the UAE’s historical heritage and features the Brazilian granite pillars (Sodalite), a rare and valuable material covered with semi-precious stones. The East Wing of Qasr Al-Watan features a calligraphy poem written by the late President of the UAE, Sheikh Zayed bin Sultan Al Nahyan (May God rest his soul), “Real wealth is the wealth of men, not money and oil. There is no use in money if it is not used to serve the people.”

The Palace of Nation also houses the House of Knowledge, which exhibits an impressive collection of artefacts and manuscripts that highlight origins of libraries in the Arab world and its contributions to various intellectual fields including science, arts, humanities and literature.

Amidst House of Knowledge’s curated pathways, there is a collection of ancient manuscripts dating back several centuries from different parts of the Arab world, including the Birmingham manuscript of the Holy Quran, a copy of the 13th-century Atlas Manuscript on Astronomy, the illiteracy of the alley, the jurisprudence and the origins of trials and many more.

A replica of the Birmingham Qur’an represents the earliest surviving holy book written in the ancient Arabic script of Hijazi.

Qasr Al Watan visitors will immediately notice the stunning unique designs, featuring classical Islamic architectural motifs such as the arch, dome and ornate tile work with interwoven patterns. The façade of the Palace is constructed from white granite and limestone built to last centuries, and the white color was chosen as a symbol of purity and peace. More than 5,000 unique geometric, vegetal, and floral patterns inspired by the iconography and patterns of the Region’s nature. 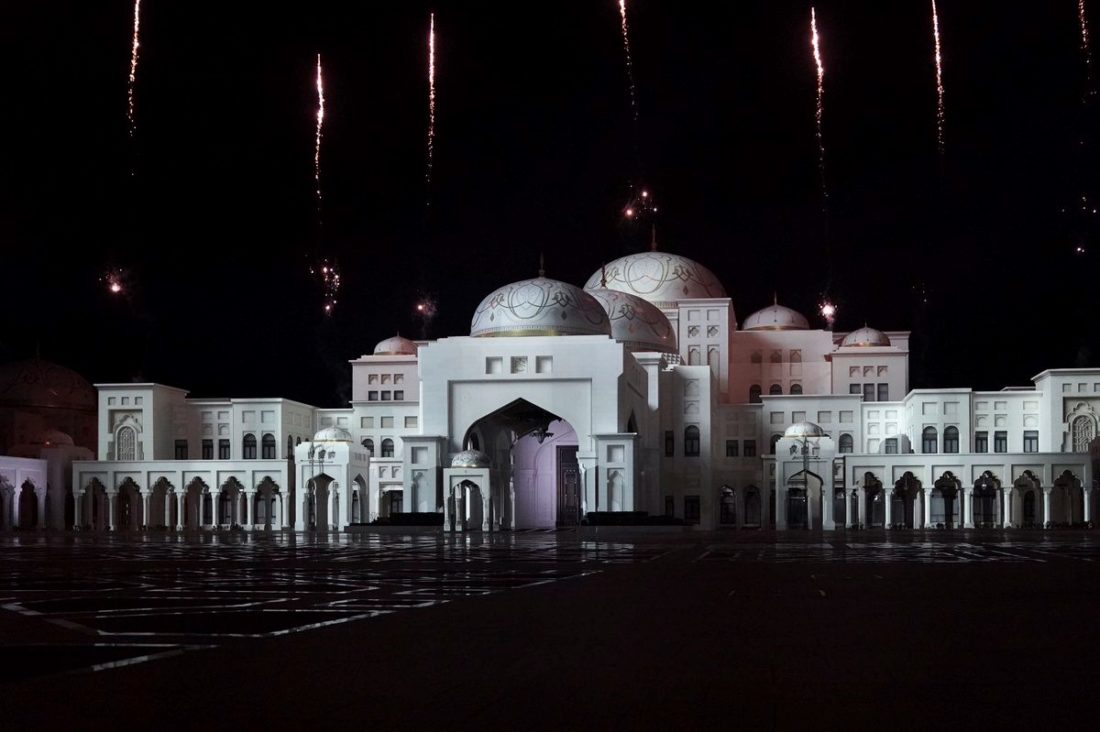 Dragon Mart 2 gets a new rooftop football and cricket facility