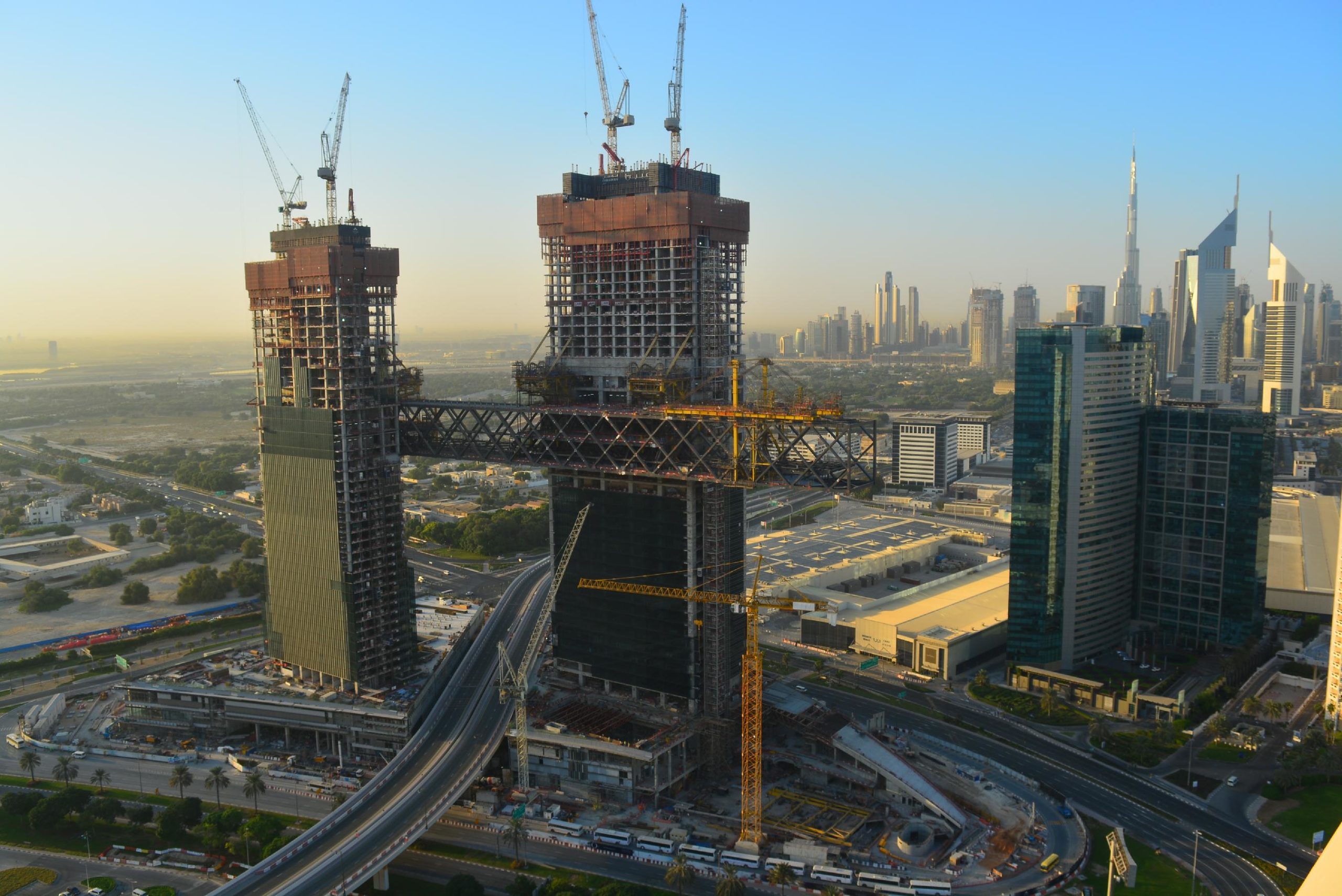 ALEC Engineering and Contracting L.L.C (ALEC) has completed another major engineering milestone with the final lift of ‘The Link’, a 9,500 tonne steel structure, which forms the central feature of Ithra Dubai’s flagship, mixed-use, luxury development, One Za’abeel.

The innovative and complex cantilever now stands at a total height of 125m after a four-day lift which started on October 21, 2020.  ‘The Link’ went through a final alignment during the week, as part of which the cantilever was welded into the towers on which it is placed.

Kez Taylor, CEO of ALEC, said: “We have witnessed the impossible come to life through ‘The Link’. Throughout the four-day process this month our team continuously monitored the structural behaviour of ‘The Link’ and the Towers, reassuring the design’s integrity and strength. It has been a great privilege for ALEC to work on such an innovative and breathtaking design, and we are humbled to be part of an engineering project that solidifies Dubai’s reputation as a centre of innovation and excellence. One Za’abeel is a development that has already earned its reputation as an iconic structure within Dubai’s world-class skyline and we look forward to a successful top out in the months to come.”

Having successfully completed its first lift in August 2020, ‘The Link’ is destined to become the world’s largest cantilevered building upon completion, an official Guinness World record, as it will be placed between two towers that stand at 300 and 235 metres, respectively.