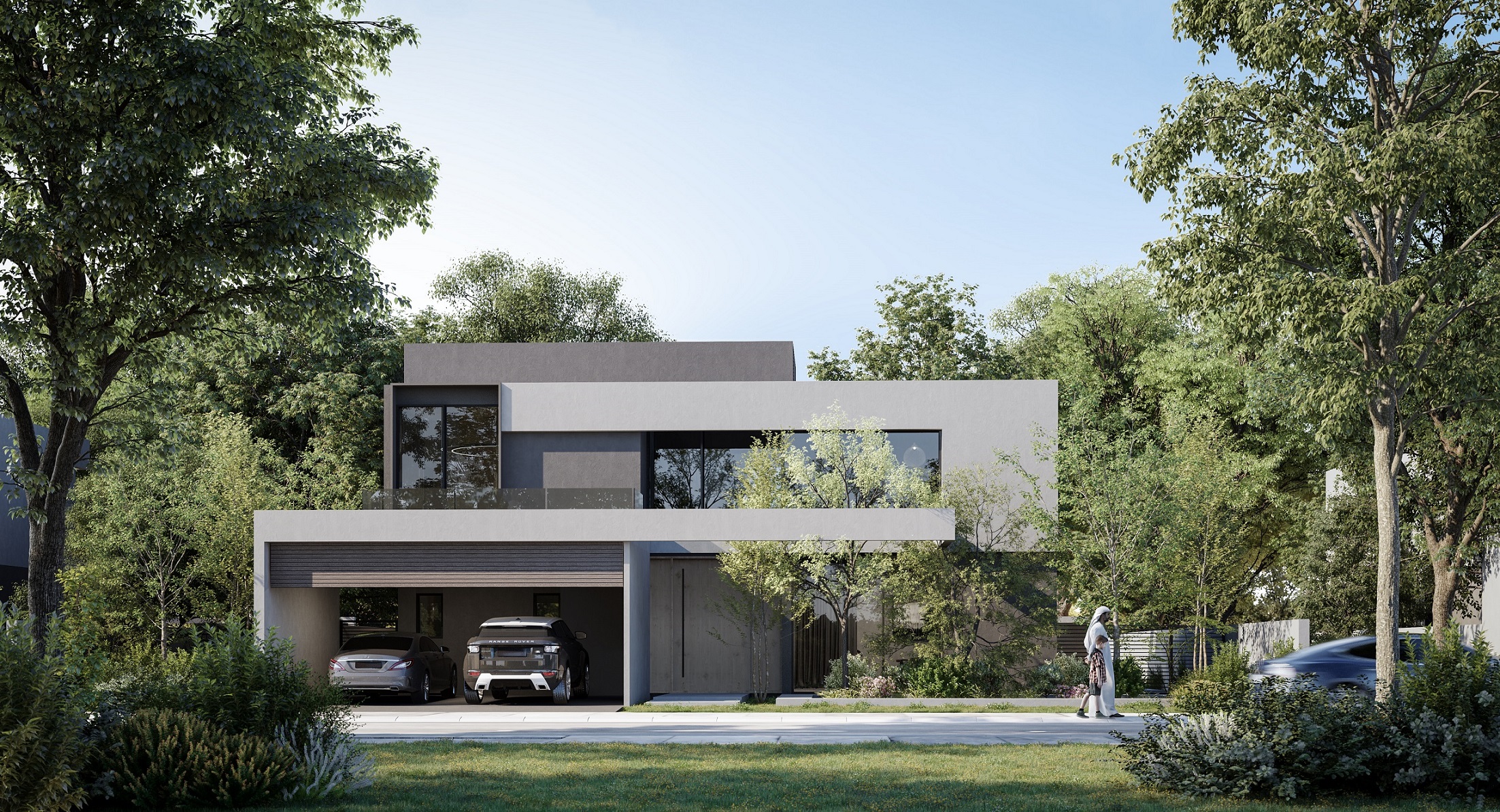 Arada has announced the launch of Masaar, the developer’s third project, a mega community in the Al Juwaiza’a district of New Sharjah with a sales value of AED8 billion. The 19 million square foot upscale project will include 4,000 villas and townhouses in total, all set in eight gated districts linked by Masaar’s signature feature, a lushly landscaped and walkable ‘green spine’. Construction on Masaar will begin in the second quarter, and the first homes are scheduled to be handed over in the first quarter of 2023.

Masaar, or ‘path’ in Arabic, has been carefully designed to enable its residents to transform their lives by encouraging healthy living in harmony with nature. Featuring over 50,000 trees, Masaar’s green spine will be activated by footpaths and a range of different sporting facilities, all hosted in a safe, serene and nature-filled environment. Families residing in Masaar will enjoy a peaceful yet world-class living experience, with acres of green space allowing for forest walks, picnics, running, cycling or meditation.

One of Masaar’s main attractions will be a five-kilometre looped and continuous two-lane cycling track that will be able to cater to leisure riders as well as professionals. Residents and visitors from outside the community will be able to ride through lush woodlands, with resting spots and healthy cafes located adjacent to the track.

The focal point of Masaar is a forested heart featuring an experience centre, a Zad food truck district, a full-service fitness centre, a skatepark, a children’s adventure playground and an events space. Masaar’s community centre will contain an anchor supermarket, shops, cafes and restaurants, as well as a wide variety of services to cater to residents’ day-to-day needs. Also included in the Masaar masterplan is a large international school and nursery, located to the north side of the project.

HE Sheikh Sultan bin Ahmed Al Qasimi, Chairman of Arada, said: “Masaar offers a path to the ultimate lifestyle transformation, and a major addition to Sharjah’s residential landscape. It is a serene, exclusive and forested environment that also offers all the comforts of a modern urban district, offering you the best of both worlds.

“Our own results tell us that interest in high-quality, well-designed master-planned communities in Sharjah remains strong, and we are confident that the Masaar lifestyle and the impressive list of amenities will resonate with end-users and investors. Our ability to enhance both social and economic development is allowing Arada to take an ever more prominent role in the growth of Sharjah’s economy as well as the regional real estate industry as a whole.”

HRH Prince Khaled bin Alwaleed bin Talal, Vice Chairman of Arada, said: “Masaar has been designed to make its residents happier and healthier, while at the same time providing substantial benefits for the environment. “The abundance of green space, and an active lifestyle will also help to reduce the stresses of urban life, especially at a time when the importance of safety and security has never been higher. We believe that by uniting people with nature, this community will set a new standard for living in the UAE.”

Each home at Masaar has been designed to bring the nature-filled surroundings inside the house, while ensuring the privacy of its residents. Characterised by straight lines that complement the organic landscape around the home, the architecture of each unit has been designed to provide a continuous flow between outdoors and indoors, using floor-to-ceiling glass. Smart features, including remote access, climate and lighting control will be a standard feature of every Masaar unit. Every home also has direct access to leafy parks and will also incorporate natural features such as trees into its design. The community will be built to the very highest construction standards, catering to smart and sustainable living.

To conserve precious natural resources, Masaar’s green spaces will be irrigated by recycled water from the community’s onsite treatment plant. Water distribution will also be undertaken by a state-of-the-art irrigation system that will reduce the amount of water required and also monitor any leaks or losses in the system. Forested areas at Masaar will be grown using a mixture of species native to the UAE and lush plants and trees, that will together create a micro-climate that contributes to a reduction in overall temperatures, thus reducing cooling costs within the community.

Sales for the first district to be offered to the public, Sendian, began on Sunday 31 January. Sendian, which means oak tree in Arabic, consists of 445 homes, ranging in size from two-bedroom townhouses to five-bedroom Sendian Park Villas, all located close to the leisure and entertainment zone in the heart of Masaar. Construction on the Sendian district will begin in June this year, with the first homes scheduled to be handed over in the first quarter of 2023. The entire Masaar master plan is expected to take seven years to complete.

Masaar is ideally located in the up-and-coming district of Juwaiza’a, close to Tilal City, the Sharjah Mosque and Arada’s first project, Nasma Residences. The community has easy access to Emirates Road and Mleiha Road, and is 15 minutes’ drive from Sharjah International Airport, and 20 minutes’ drive from Dubai International Airport. The location is ideal for a convenient and traffic-free commute from Sharjah to Dubai or the Northern Emirates.