As Thin and Small as the Blade

iGuzzini brings out a new addition to the Laser Blade family

We’ve all heard of musicians doing world tours, but here comes a lighting innovation that’s going on an international tour. The lighting pioneers iGuzzini is presenting the world premiere of something that did not exist until now: The Blade. The Blade is an inspiration and a tribute to the art of Lucio Fontana: a thin cut on the ceiling from which a magical light springs out, a light with strong technological contents. 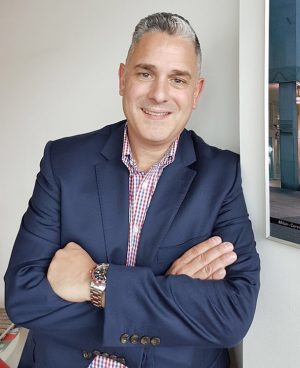 Richard Holmes, Regional Director at iGuzzini Middle East, explains, “Our innovations come from our culture, through the exchanges of knowledge with international light and architecture professionals.

“The Blade is an inspiration and a tribute to the art of Lucio Fontana (1899-1968). Lucio was a painter, ceramist and an Italian sculptor (born in Argentina), founder of the spatialist movement. His cuts on canvas are exhibited at MoMA, and represent the overcoming of the traditional distinction between painting and sculpture.”

The Blade (Laser Blade XS) comes from the Laser Blade family, an industry icon from 2012: the first linear downlight with circular light distribution, which has evolved in a bigger version (L-XL) and now in a miniaturized version. “The singularity of The Blade is made of precision, because it is an icon of miniaturization, a masterpiece of accuracy that perfectly integrates in architecture as nothing before, disappearing into the ceiling to ensure visual comfort and maximum expression for architecture,” adds Holmes. The Blade tour starts from London as it is home to many of the best architectural firms and lighting design studios in the world. The tour will continue in Berlin, Paris, Lyon, Shanghai, Dubai, Sydney, Auckland and New York, with the aim of launching on the major specification centres worldwide.

STAYING AHEAD
iGuzzini is well known for its innovation in the lighting industry.

“We invest around 6 to 7% of our annual turnover in R&D, and 76% of 2016 revenues derived from new products launched in the last 5 years (in 2015 this figure was 64%), with a LED incidence of 76% (in the next three years, this figure is expected to stabilize).
“This clearly shows that the new products are strategic and that the market asks every year new and competitive products. Each year we create around 2500 codes within our 6 core areas of application: retail, culture, infrastructures, working, hospitality & living and urban, with an optimal balance between these core areas and the market mix, in 8 global geographic areas,” explains Holmes.
Holmes added that The Blade has raised the bar of miniaturization, thanks to innovative microoptics, microchips, nanotechnology and microsolutions for heat dissipation.

Starting from a minimum size of 28 mm, The Blade is available in a variety of forms (linear and square) and finishes (white, black, gold, dark chrome), which allow the downlights to adapt to multiple application needs in retail, museum, hospitality & living environments, and also to be integrated as a pure design object. 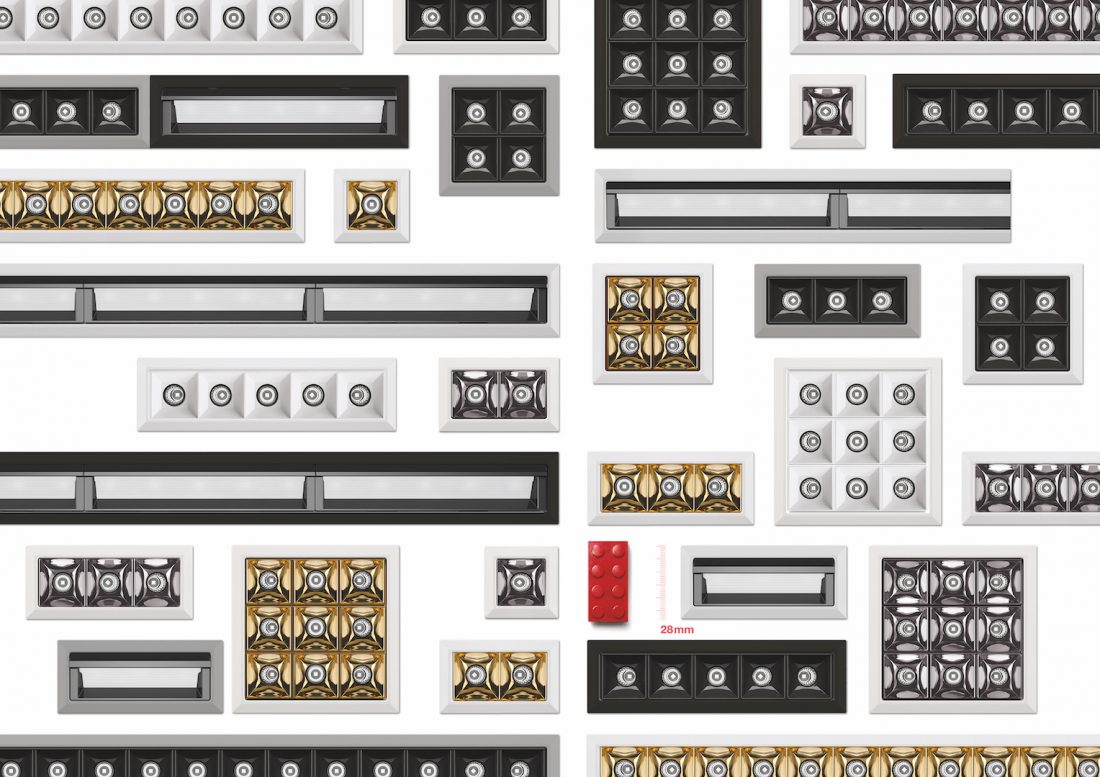 The Blade is available with the innovative Tunable White technology, which is able to adjust colour temperature from 2700K to 5700K. This technology is able to improve the psychophysical wellbeing of people, as there’s a possibility of obtaining a dynamic light, very rich from the spectral point of view. When it comes to expectations from The Blade, Holmes insists that it’s not important to talk about numbers.

We need to consider that this product is the latest of the Laser Blade family, that has become an icon. XS has been called The Blade because it is the smallest downlight in the world. So, the important thing is not what we expect, as our company has been structured in such a way that the turnover is very well distributed. We don’t have concentration risk in any one market with no single market representing more than 10% of the turnover (except for Italy: 20%), plus we do not have a client who represents more than 5%, so this product line doesn’t count more than 10% of our turnover.
“We think that while many are still copying Laser Blade, we are taking another step forward, as we give the same top performances with a product that is the smallest in the world.”

FINANCIAL FORECAST
“We are very satisfied with the company’s figures.The 2016 turnover of EUR 231.5 million has been the best performance in the entire history of iGuzzini,” said Holmes.
The company has seen a growth of more than 20% over the last three years, at an average rate of 6% a year considering constant exchange rates. Of the total turnover 59.8% is interior solutions, with the balance 40.2% being outdoor solutions. 76% of 2016 revenue is derived from new products launched in the last five years. In 2015 this figure was 64%. These figures reveal that new products have proven strategic for iGuzzini, and the market asks for new and competitive products every year. For this reason, the Group in the last three years has invested 6% of their annual turnover in research and development.

In practice, the artificial light interacts dynamically with the natural light variations and regulates itself in temperature and intensity to always ensure the best perception of the iGuzzini is in no hurry to make acquisitions.

Holmes explains, “We have different targets. We’ll do it when we find the right company for us. Having to make an assessment, perhaps something East or West of Europe would be preferable.”

MAJOR PROJECTS
iGuzzini has so far been the largest company in infrastructure and promotion of cultural heritage.
The lighting pioneers have lit many airports, including Fiumicino and Ciampino in Italy, Abu Dhabi, Singapore and Hong Kong. The Eurasia Tunnel of Istanbul, which is a 14 km futuristic underwater tunnel, has also been illuminated by iGuzzini.

In the cultural and museum fields, the Group has worked on masterpieces like The Last Supper by Leonardo Da Vinci, the Beaubourg in Paris, Galleria Borghese. In a few months, the new illumination of the Scrovegni Chapel in Padua, as well as the Scuola Grande di San Rocco in Venice with Tintoretto’s paintings will be inaugurated.

Two most important American museums, i.e. the LACMA in Los Angeles and the Whitney Museum in New York, were also illuminated by the lighting pioneers. The company is also working on an interesting project that incorporates intelligence of light. “The Scrovegni Chapel in Padua, where we are implementing a new operation of ‘perceptual restoration’ on Giotto’s frescoes with innovative, responsive LED technologies, is an example of this,” explains Holmes.

“By providing an intelligent lighting system, capable of adapting the artificial light to natural light, we will bring benefits in terms of visual quality, artwork conservation and environment. “In practice, the artificial light interacts dynamically with the natural light variations and regulates itself in temperature and intensity to always ensure the best perception of the works.”

TARGETING INDUSTRY 4.0
Holmes says that iGuzzini is the only lighting company adopting the World Class Manufacturing programme for the achievement of zero defects, zero breakdowns, zero accidents and zero storage.

“Parallely, we are already implementing an application of Industry 4.0, based on the interconnection of digital industrial processes and the analysis of available electronic data, to continuously improve processes. A way that respects and protects the people, increasing efficiency and improving working conditions,” concludes Holmes

Combining the Classic with the Contemporary 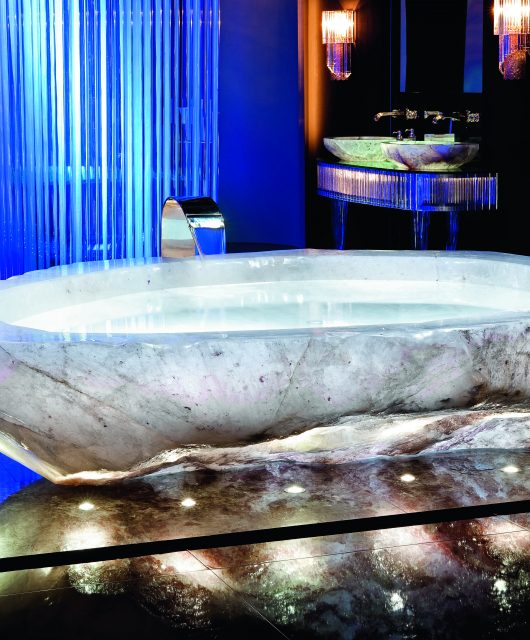 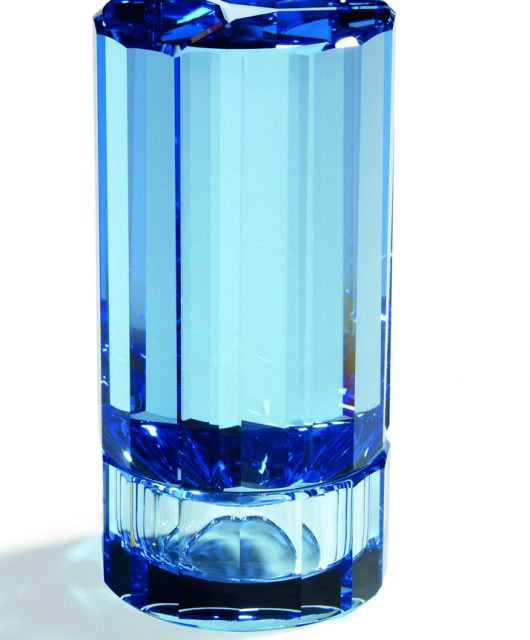 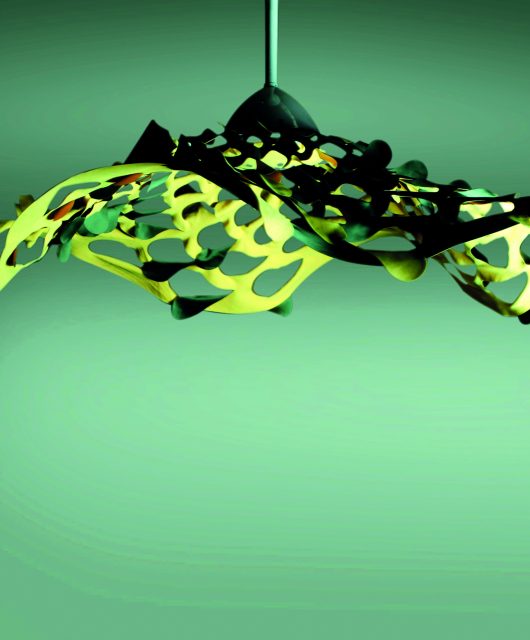 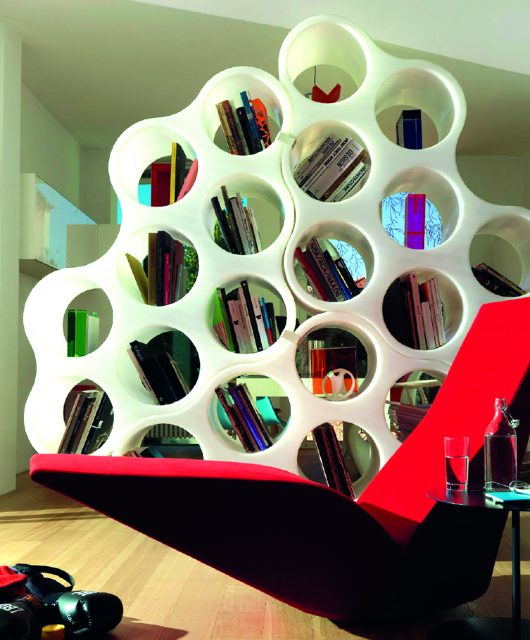 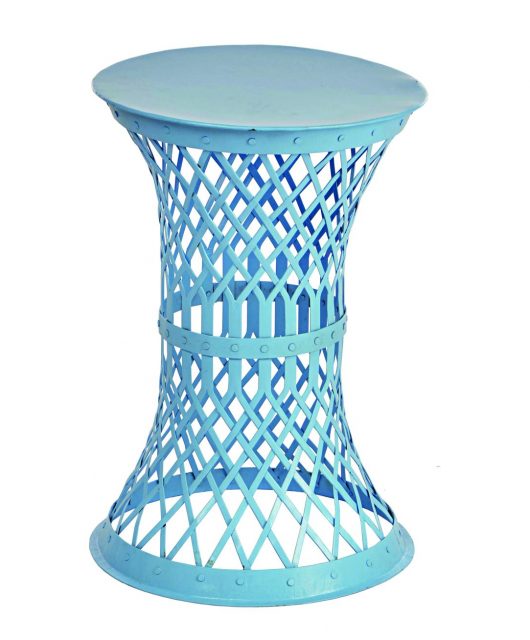