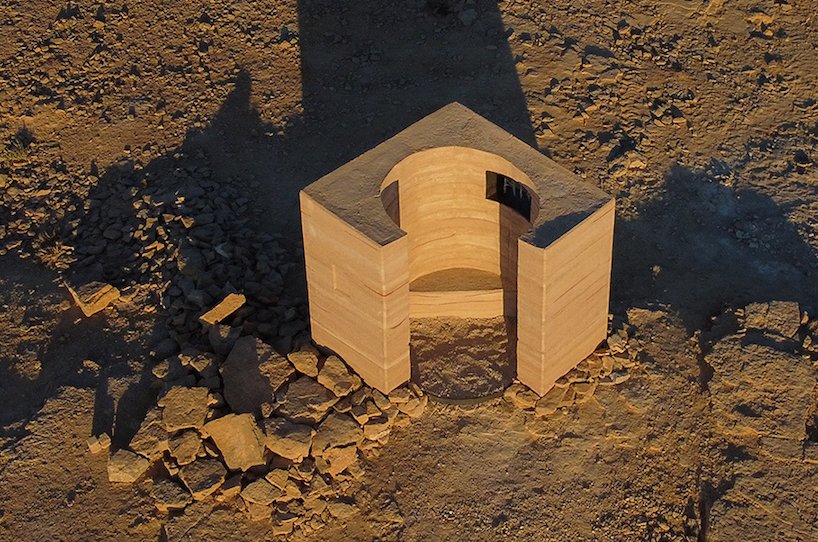 The Landroom is a minimal environmental structure designed on the verge between territory and a landscape object. It is located at the Western observation point on the edge of the Mitzpe Ramon crater in the Negev. It functions as an observatory for the stars at night and provides shelter for visitors where the sun’s rays are burning in daylight. The Landroom is about 6sqm in size and it can accommodate two people. It embodies the transition from a normative lifestyle to the unpredictable living conditions created as a result of the corona plague that plagues the world today. It also maintains an internal and external dialogue with the physical area (Ramon Crater) in which it is located, thus allowing a connection between the space and the landscape that surrounds it. Among other things, the atmosphere in the Landroom transform itself with changing environmental conditions throughout the day. 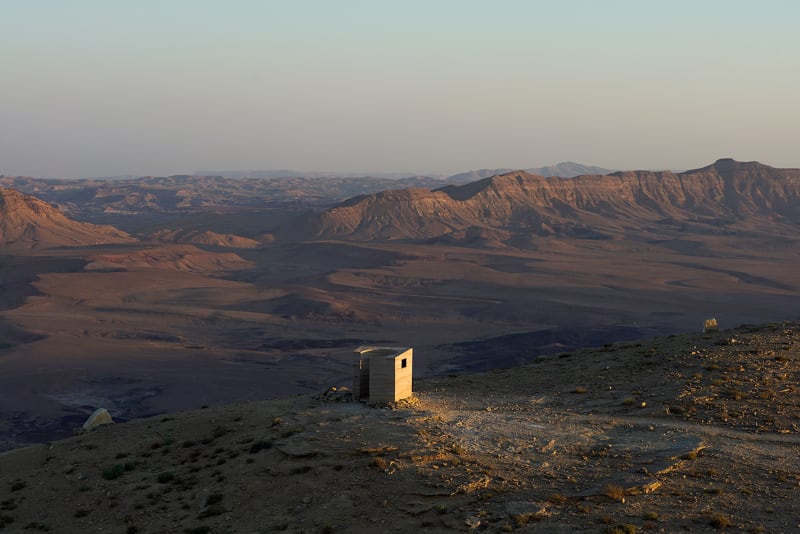 The project was built entirely of earth and sand from Ramon Crater, as well as stones found at the site. The construction process takes place by compressing soil into its various layers into a mold created specifically for the design of the project, in order to create a visual stratification of the material from which the Landroom is built. The project examines the relationship between material and territorial space, and how they define each other. 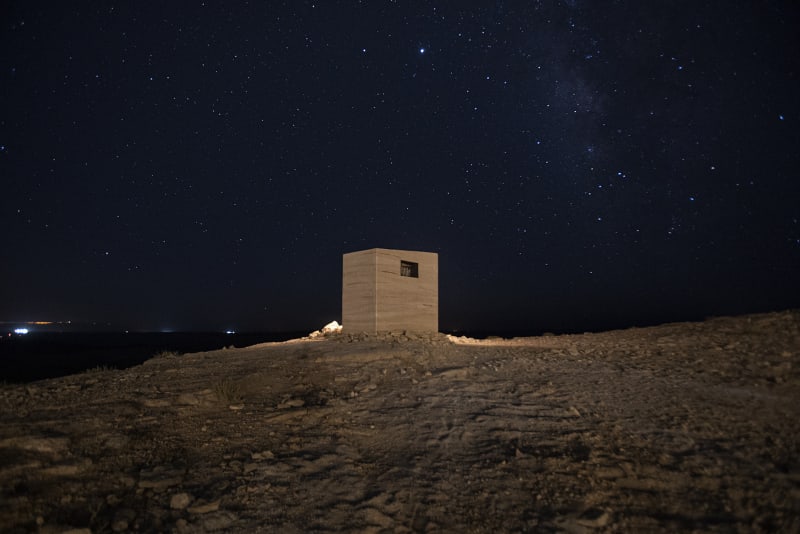 Among other things, the Landroom refers to the soundscape local environment. Inside the space, there is a window on which hangs a wind bell built of desert stone and thus a dialogue takes place with the natural environment in which it is located. This work emphasises the need of man to observe nature. The Landroom is a spatial formal translation that provides the visitor a sense of freedom and space within a unique landscape.

Landroom’s atmosphere changes in response to environmental conditions throughout the day, serving as a shelter from the sun during the day and a warm cocoon in the evening for star gazers The structure itself sits as if it could have sprouted naturally from the Earth, blending into the landscape and offering a cinematic feeling and viewing experience that connects the anthology and topography of the location.

A lesson in adaptability