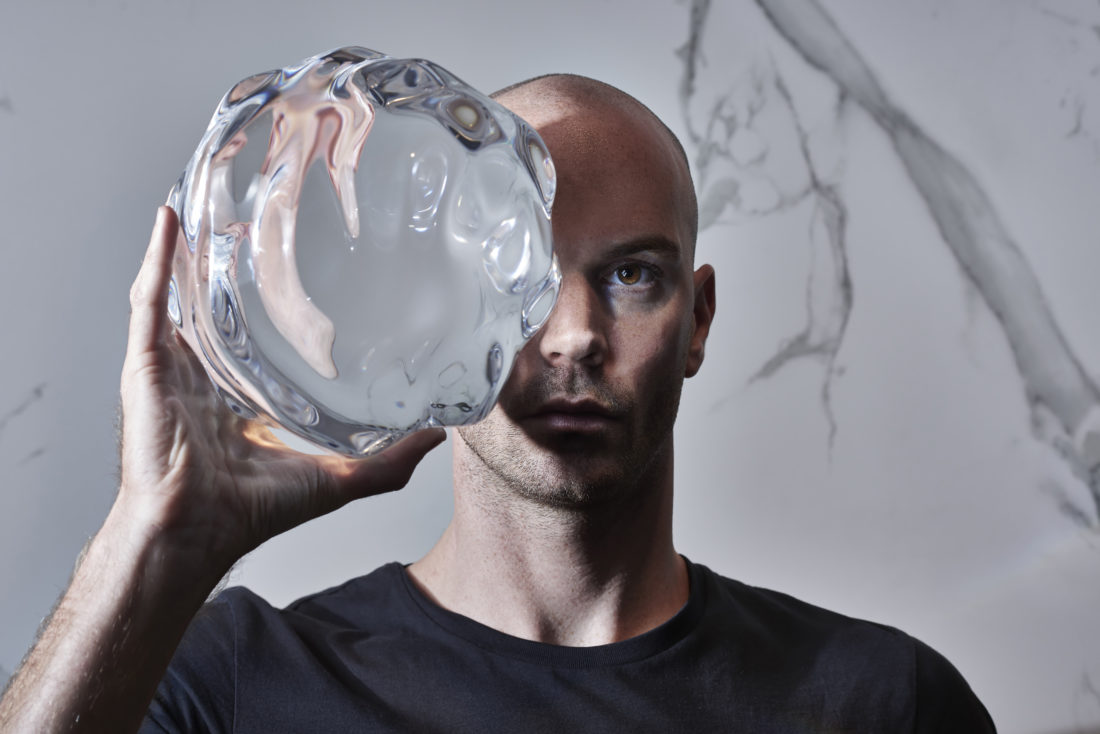 British industrial designer Benjamin Hubert, who has an agency called ‘LAYER’ has teamed up with Cosentino to create a large architectural installation for Milan Design Week 2019. The fair would take place from April 8-14, 2019, in Milan. The iconic called Raytrace is an immersive, architectural installation showcasing Dekton product and its features such as strength, durability, and beauty.

Raytrace will feature a 25m long and 6m high triangular passage composed of Dekton ultra-compact surface, which would be balanced on a single edge within a dark, atmospheric space.

Upon entering the passageway, a mesmerising caustic pattern slowly dances across the surface, emulating the refraction of light through water – evoking the serene feeling of being underwater.

As visitors walk through the passage, they become an integral part of the installation, as their shadows are cast against the structure’s surface. Two mirrors at either end of the vault reflect the installation, creating the illusion of infinite space and offering glimpses of the caustic patterns playing out on the interior.

Hubert says: “The creation of Dekton is a highly technological process that emulates the metamorphic changes that naturally occur with stone.”

“The extraction of water using extreme heat and pressure throughout the manufacturing process is what makes Dekton a durable material most suited for architecture. Raytrace is a direct response to this method – we take the idea of water and architecture, two integral themes in the conception of Dekton, and create an architectural structure, filled with an immersive caustic lighting effect – a powerful combination of architecture and nature,” Hubert elaborates further.

“This installation demonstrates the limitless versatility of Dekton, hoping to inspire architects and designers with the beauty and technological qualities of the material,” says Santiago Alfonso, vice president of marketing and communication at Cosentino Group.

Raytrace will be exhibited in the historical vaulted warehouses beneath Milan’s Central Train Station as part of the third edition of Ventura Centrale.