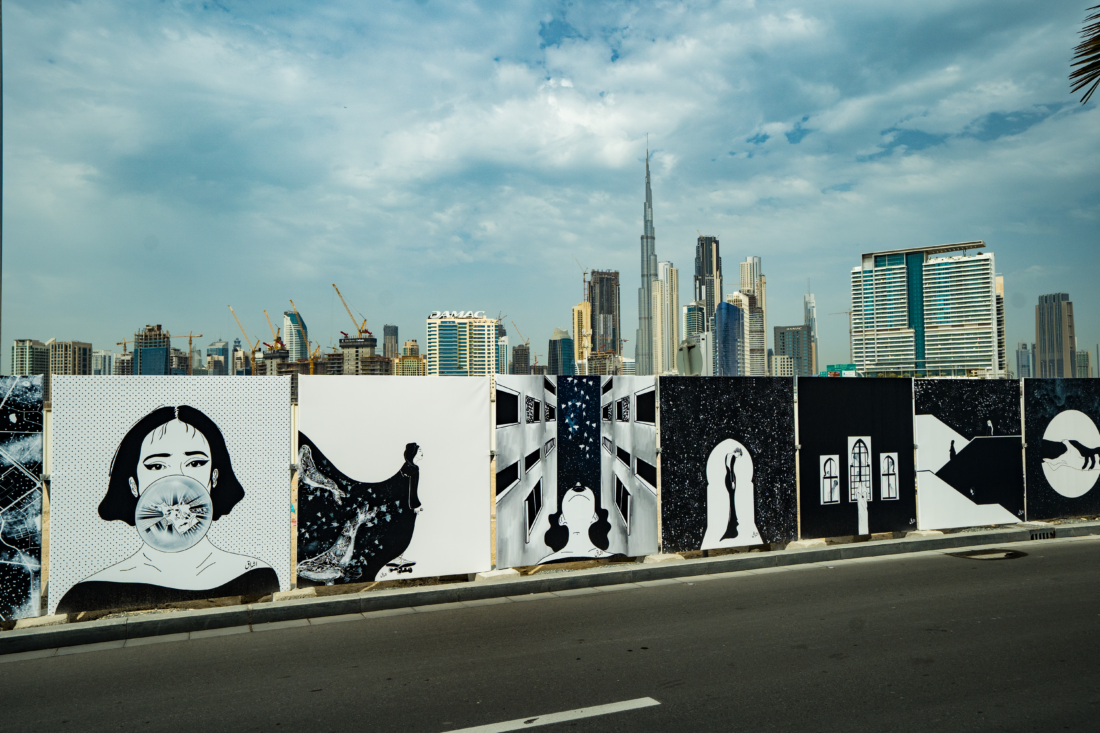 In addition to the opportunity to display their artworks on two or more zones of fencing, winners will receive a cash prize.Khadija Al Bastaki, executive director of d3, said: “The d3 Fencing Competition aims to engage the wider creative community beyond the Design Quarter. We are proud to showcase the works of UAE-based artists on the fencing around d3 as part of our objective to highlight local talent.”

Zdravković’s submission is a series of visual patchworks that highlight her observations of her time in Dubai, each artwork telling a story.

Bouzidi’s illustrations communicate all the emotions she felt whilst working at d3. The images represent dreams, hopes and creativity within a minimalist poetic current that appeal to the viewer’s thinking.

Batrak’s approach was to make d3 feel like a more inviting space by designing the fencing a way a child would. His artwork incorporates the three core values of d3.

For her part, Rezapour’s submission plays on the human senses and embodies the belief that to feel is to create, to see is to inspire and to speak is to unite. Her artwork symbolises how a metropolitan city like Dubai unites us all through our words and cultures unite us regardless of how different we are.