Building upon the scientifically proven benefits of greenery within communities, such as having a calming effect and encouraging an outdoor lifestyle, the master developer sought to create a microclimate that enhances the aesthetic appeal of Dubai Wharf and the well-being of its visitors and residents. The stunning green wall provides a perfect backdrop for pictures and invites nature lovers for an idyllic stroll along the Dubai Creek shoreline.

Living green walls are vertical gardens that are particularly useful in urban landscaping, where space can be a constraint. Plants naturally remove carbon dioxide and produce oxygen while filtering the air around them through absorbing pollutants. This beneficial effect is compounded by the sheer number of plants in living green walls. 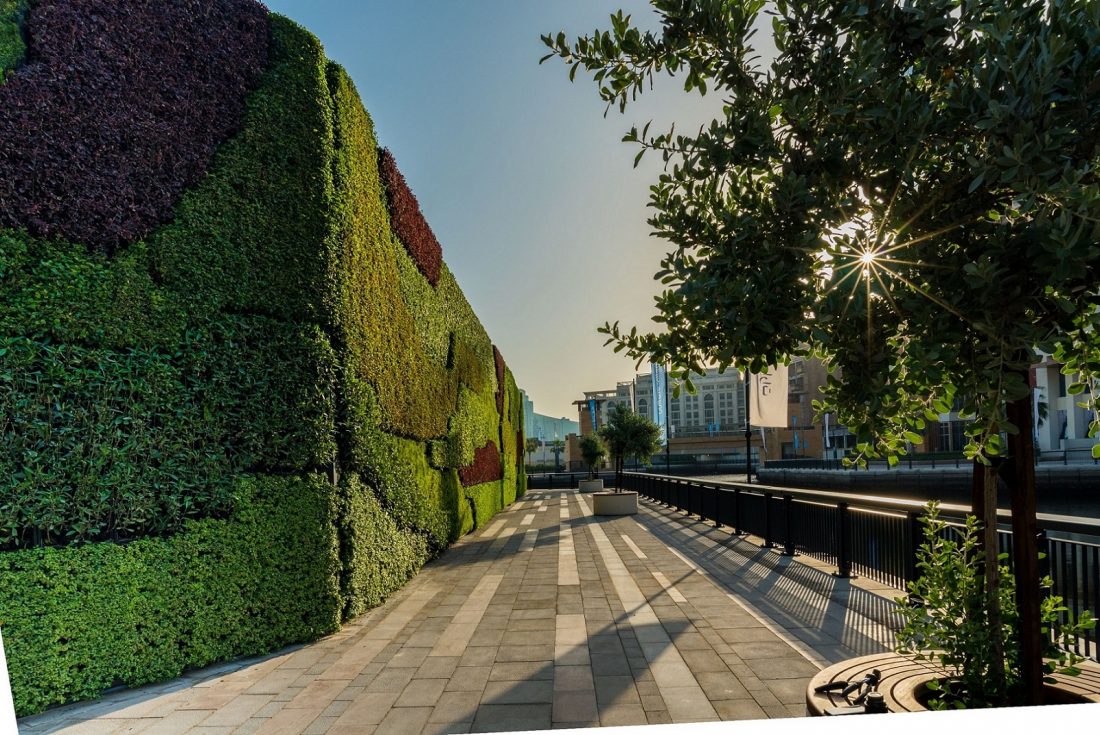 Raed Al Nuaimi, group CEO of Dubai Properties, said: “As one of the top 20 happiest countries in the world and the happiest in the Arab region, according to the World Happiness Report 2018, the UAE is a keen supporter of sustainable living environments that are known to enhance the quality of life and elevate happiness levels.”

Green walls are a relatively new concept worldwide, with 93% installed after 2007. Found mostly in urban environments, where the plants help reduce the overall temperature of the buildings, many of the best-known green walls are located in public places, such as airports and shopping malls.

Developed by landscaping experts Gover Horticulture, the Dubai Wharf Green Wall is made using geotextile grow bags filled with peat substrates enriched with nitrogen, phosphorus and potassium (NPK). This allows for better root growth, irrigation and drainage in the UAE climate that can often get quite harsh during the long summers.