dwp refurbishes the W Abu Dhabi – Yas Island and it looks bolder and wittier than ever! 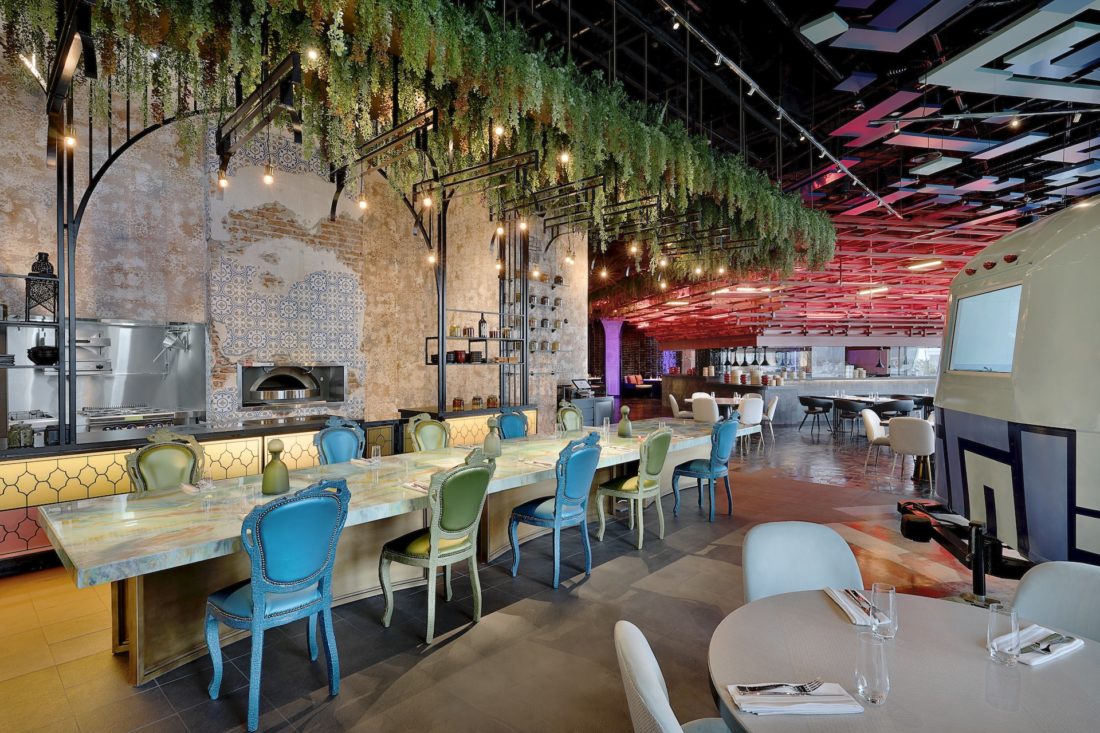 W Abu Dhabi – Yas Island is the largest W Hotel in the world, and the second W Hotel by dwp in the Middle East, following the recent completion of the W Dubai The Palm.

Overlooking the spectacular F1 race track and Yas Marina, the hotel is a sweeping, futuristic form housing 499 guest rooms and suites. Since its completion a decade ago, it has become an icon of the city – but was in need of a refresh in time for the 2019, Abu Dhabi Grand Prix to reflect the development of the W brand by Marriott. 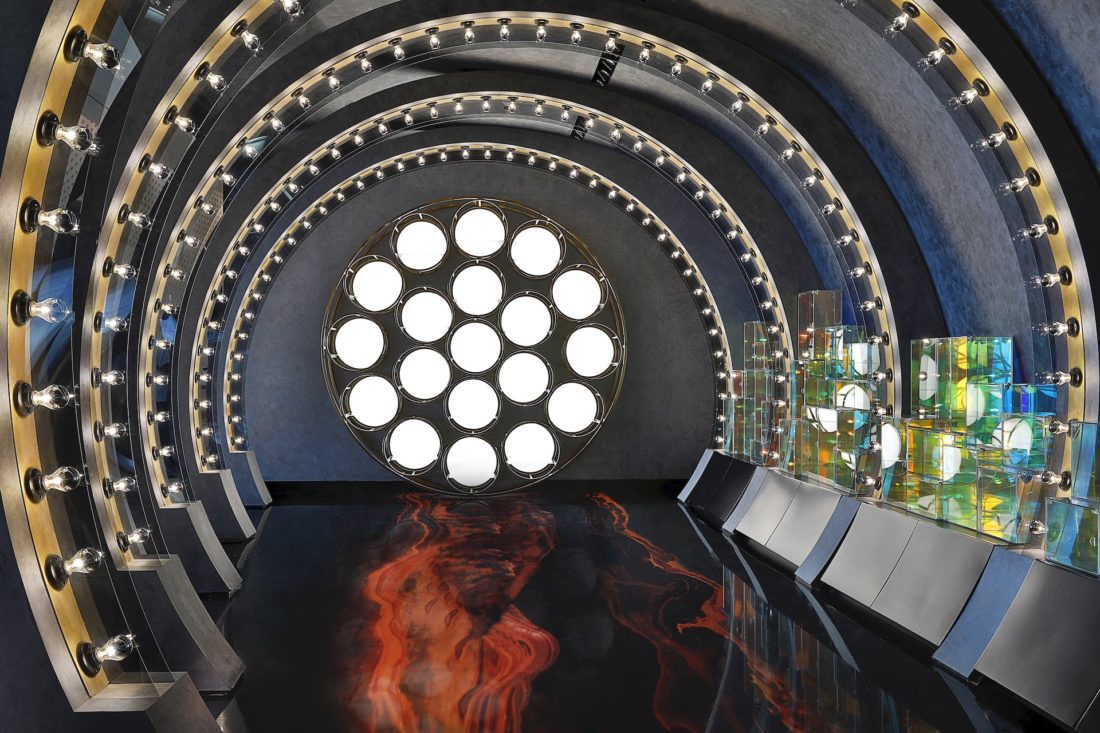 dwp has crafted a new identity for the luxury hotel through a complete refurbishment of public areas, including the entrance and lobby, a new F&B concept, the W Lounge, and the WET Deck. Working to a tight deadline and with the hotel fully operational throughout the refurbishment, dwp transformed the traditional idea of luxury with a bold and witty play on the culture, traditions and stereotypes of the region. Not everything is as it appears The refurbishment of W Abu Dhabi responds to the location, and is driven by a curated design approach based on research and creative interpretation, bringing to life the idea of the “W Insider”.

Here are some of the design highlights of this hotel:

24K bold entrance
The “24K bold” entrance to W Abu Dhabi is marked by the iconic W logo, realised in polished gold with a dark stone inlay that recalls the inky blackness of crude oil. This playful approach is continued in the lobby, with a number of humorous features that draw on the extensive research into the region. One wall is literally pinched with dozens of timber pegs in reference to the nose pegs traditionally worn by pearl divers in the region, while the “oil drop” reception desk takes inspiration from the country’s shifting economy pre and post oil. A dramatic curtain is formed of 2,000 pieces of jewellery that were collected from the UAE and stained, and the retail space is inspired by the interior of an oil barrel, with a resin floor reminiscent of an oil slick. 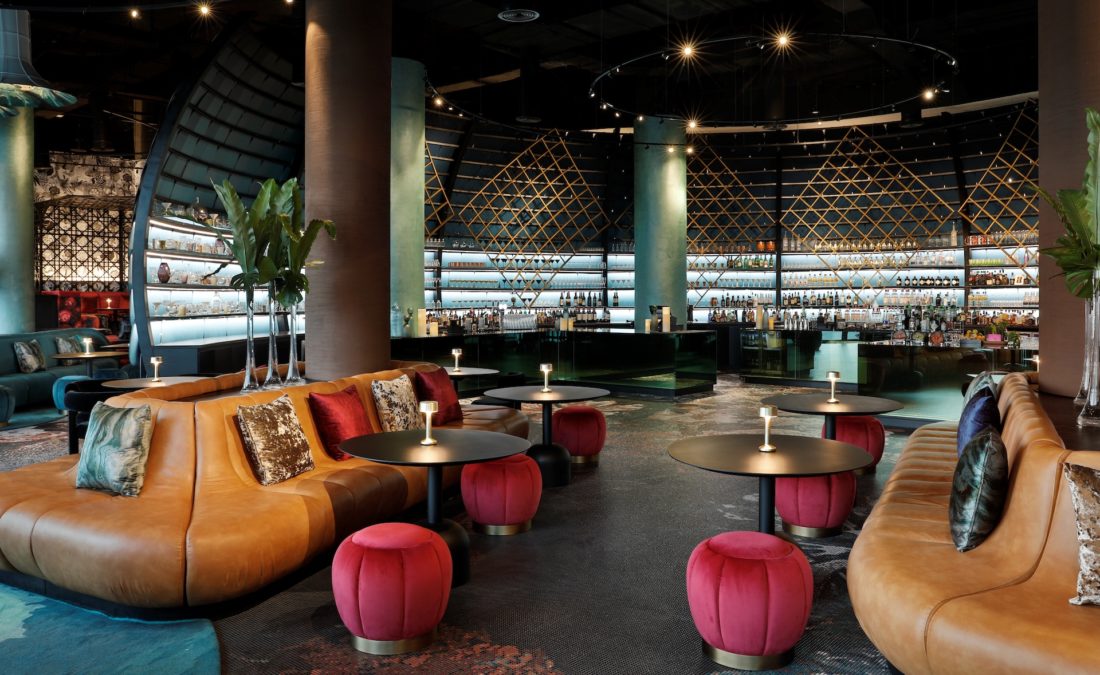 A floral phenomenon
The living room is a signature space found in all W Hotels, offering a place between the lobby and dining areas for guests to mingle throughout the day and evening. The design team came up with a “superbloom” concept, inspired by tales of a rare desert botanical phenomenon in which unusually high rainfall causes a sudden bloom of native flora. The lush, jewel-toned colours of the Living Room take inspiration from this imagined tapestry of wildflowers in the desert, and a striking lighting installation takes its form from flowers in full bloom. Bespoke, hand-tufted rugs of dappled greens cover the floor, featuring an abstracted pattern informed by the UAE national flower, Tribulus Omanense.

A new way to dine
Garage represents a new signature “All Specialty Dining” concept for W, inspired by the booming popularity of street food with Millennial diners. As guests stroll through each of the six distinct eateries housed in the one destination, the fit-outs evoke a connection to the country from which the cuisine comes. At dumpling eatery Steam Table, diners can sit in a giant wok immersed within the tossed rice, and the temple-like structure is an ode to the Forbidden City; Tap Wall bar takes inspiration from the gridded city planning of Abu Dhabi; in Nikkei House, the precision of Japanese design collides with a Peruvian flair for colour and texture; and steakhouse Meat Vault plays on the idea of steak as a precious commodity, with a fit-out that recalls a bank, complete with a playful surveillance camera lighting feature and a CCTV wall.

Project significance
The completion of the W Abu Dhabi – Yas Island represents the continued growth of dwp on the global stage. As dwp’s Global Head of Hospitality, Justin Wells, says: “W Hotels are a distinctive and discerning luxury brand, and dwp was thrilled to have the opportunity to work on our second W project, as it is something that few other design firms in the world have achieved. This refurbishment – along with the recent completion of interiors for Hotel Chadstone, MGallery by Sofitel in Melbourne, Australia – represents the growth of dwp on the global stage and we look forward to bringing that skill and inventiveness to future projects in the Middle East region and beyond.” 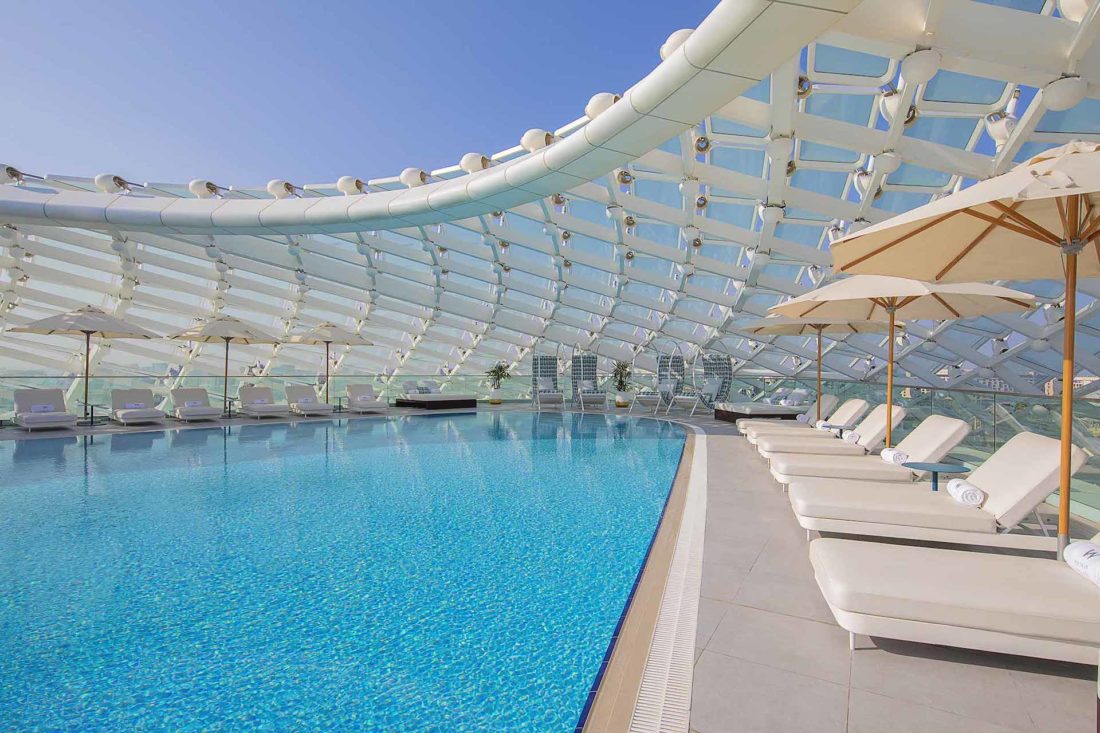