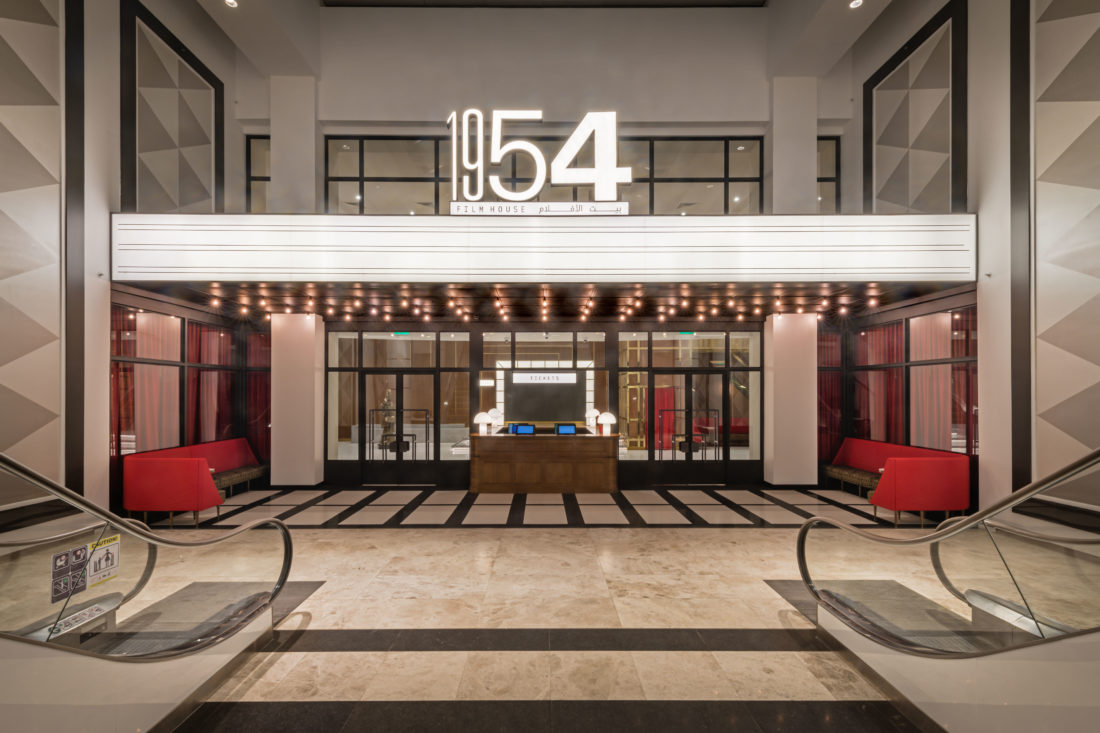 In Kuwait, The 1954 Film House has been renovated to pay homage to the ‘Golden Age’ of the Arab cinema by Havelock One Interiors.

In design, nostalgia works to bring audiences to a sentimental and emotive state. There’s something about looking at images or touching and reliving a few moments from decades past that reconnects people to their roots, creating a sense of identity and a warm and powerful motivation to move forward without neglecting the past.
And the new retro-project, the 1954 Film House at Al Kout Mall in Kuwait, is reminiscent of exactly that, a ‘Back to the Future’ approach. The cinema was incepted by Kuwait National Cinema Company (KNCC), the first cinema operator in the GCC. 1954 also marks the year that KNCC was established. 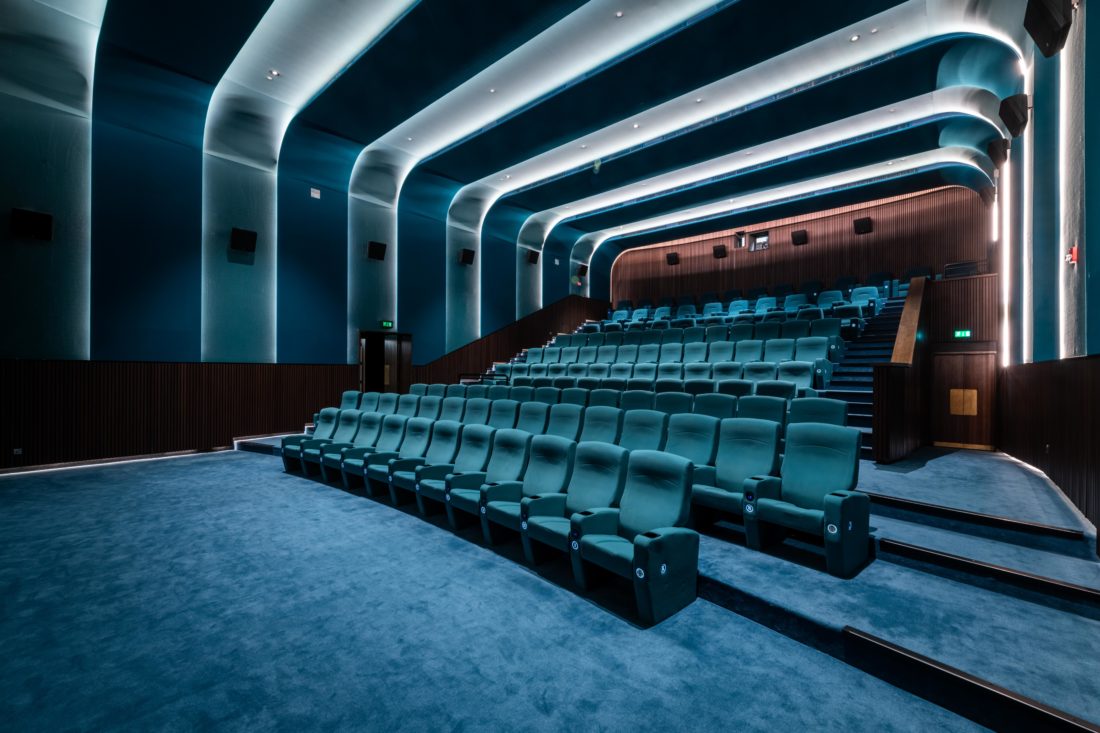 To execute the first and only boutique cinema concept in Kuwait, KNCC appointed Havelock One Interiors as their fit-out contractor for the renovation of the three theatres as well as the foyer area and impressive front.
Imtiaz Mahadiwala, director of operations in Kuwait at Havelock One Interiors, said: “We were more than thrilled having been awarded this opportunity to perform the interior fit-out of this unique commercial establishment in Kuwait. Our fit-out team installed vintage aesthetics and retro-inspired design elements to treat moviegoers, young and old, to a museum-like journey through the history of the motion-picture theatre in the region.”
The entrance features vintage marquee signage, displaying movie titles in crisp, retro typography and a ticketing booth offering classic concierge service, complete with a menu of movies to watch. Terrazzo tiles and golden brass panels adorn the foyer, where movie posters, tickets and other nostalgic memorabilia from decades past are on display.

Havelock One also applied distinctive designs for each of the three auditoria, following lighting motifs in gold, red and blue and produced luxury seats upholstered in the same colour spectrum. The fit-out contractor also installed Gustafs linear rib acoustic panels and Eomac fabric wall coverings for soundproofing.
“1954 Film House brings back the playful, experimental and exuberant spirit of this golden period in history at a time when the design industry of the region is thriving. We hope that this inspires a new generation of creative minds in the region,” concluded Mahadiwala.

Recently, the cinema launched an in-house restaurant that offers a menu of local and international dishes to complete the experience. 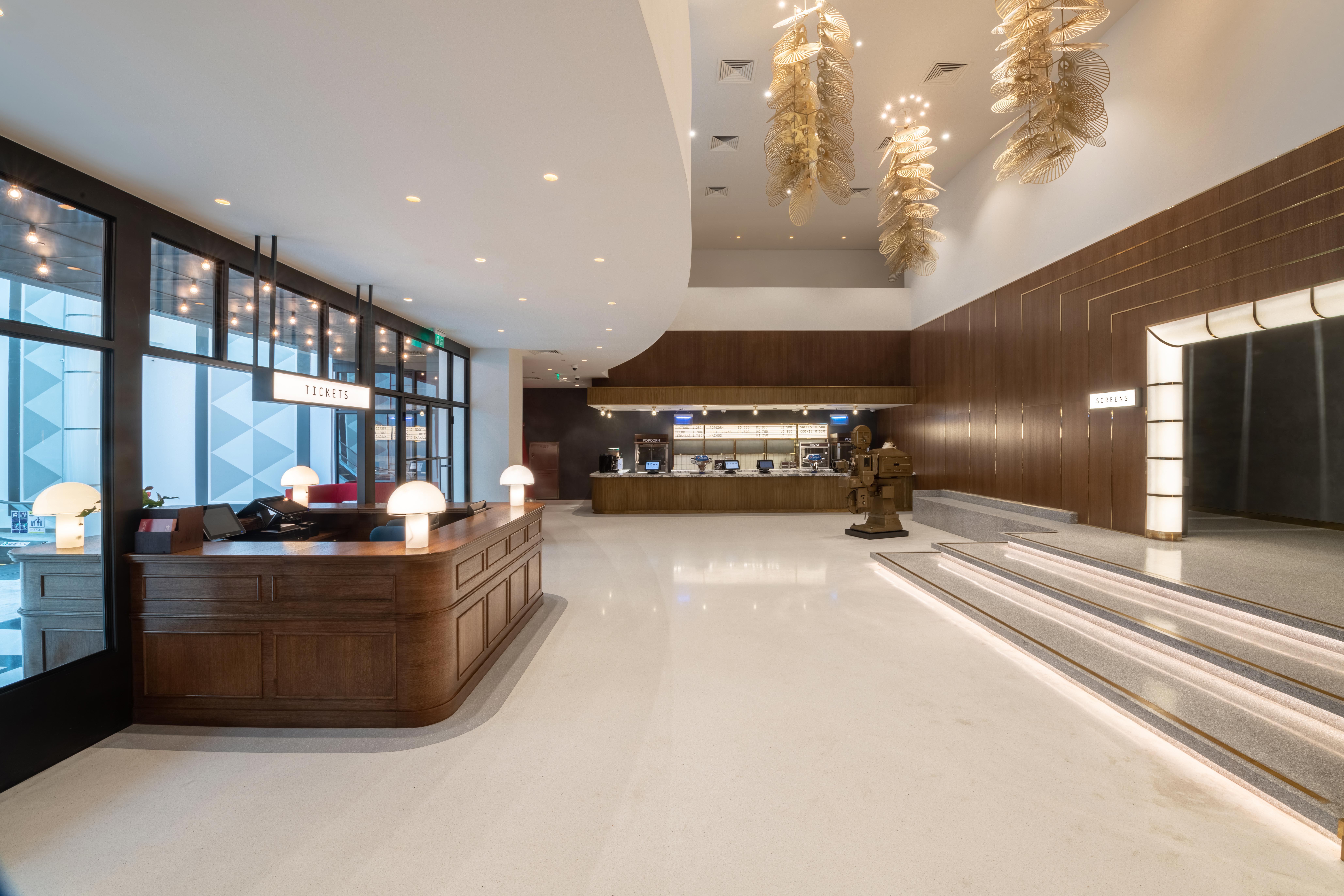 P&T announces the second edition of the competition