Hostmilano celebrates the worldwide expansion of Ho.Re.Ca and opportunities in the Middle East 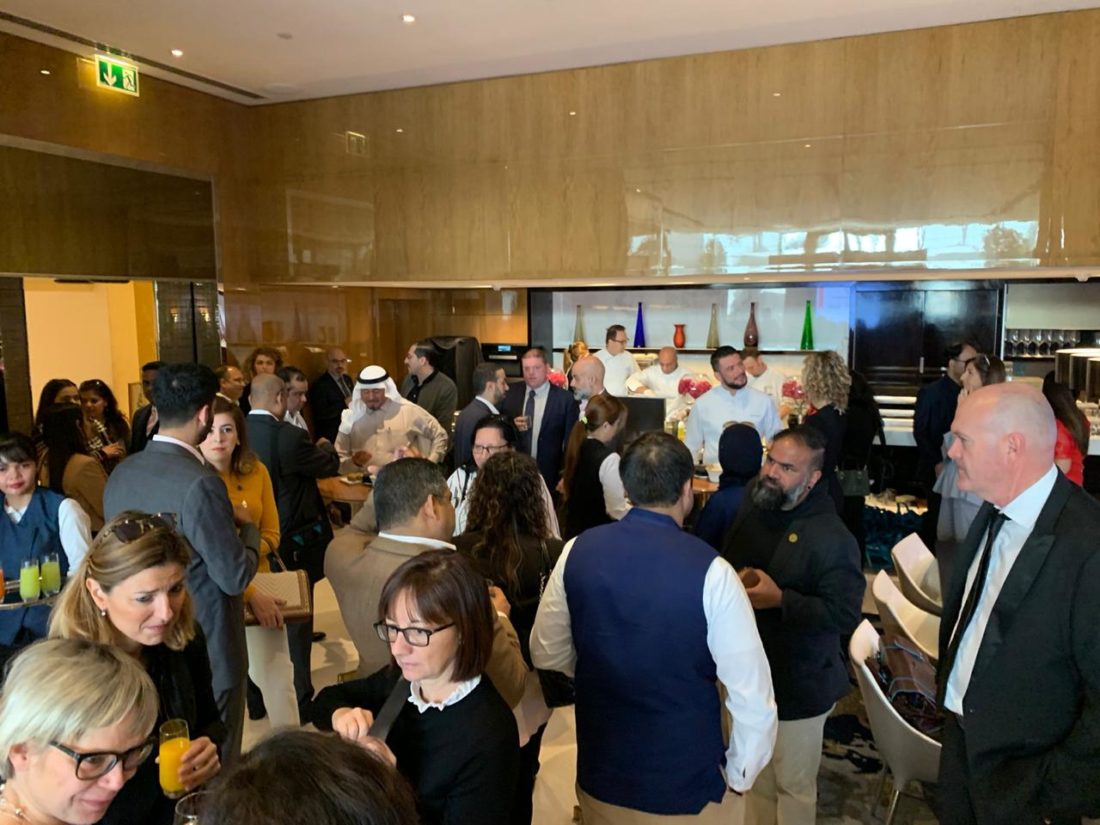 Ho.Re.Ca is experiencing constant growth worldwide. More specifically, year after year, the Middle Eastern market is reasserting its potential for development for all Italian and international companies in the sector, the very ones that will be meeting on the professional hospitality marketplace of Hostmilano (at FieraMilano, from October 22-26, 2021). To be introduced fittingly to potential investors from all over the Middle East, the event will become the undisputed global equipment hub and not by chance Dubai has been chosen as the first stop of a roadshow that will also touch on other key target countries, such as the USA and Canada. All with a simple goal. To highlight the real “plus factor” that makes Host a one-of-a-kind event on the international trade fair scene, by knowing how to be the ideal platform for Italian manufacturers and international buyers, but also where international supply meets international demand.

Italian manufacturing in the spotlight in Dubai
The best part of professional hospitality from all over the world, with a special focus on Italian products, will be showcased in the Emirate, to an audience of key players, importers, distributors, media representatives and influencers from many countries across the region (Saudi Arabia, Azerbaijan, Bahrain, the Arab Emirates, Jordan, Iran, Iraq, Kuwait, Lebanon, Oman, and Qatar). Year after year, the sector of the supply chains represented at Host appears to show no sign of slowing down for Italian companies. This is demonstrated by the Export Planning data, which estimated a total value of 19.9 billion dollars for Italian production in 2019. This figure makes Italy the third-largest producer in the world, with 77% of the entire production destined for export (15.4 billion dollars). The Middle Eastern market, on the other hand, is now capable of absorbing an increasing share of products and machinery related to the Ho.Re.Ca, importing 11.6 billion dollars (3.4% of the world total) in 2019. Of that, a good 766.8 million dollars came from Italy. From now until 2024, the positive trend for the products of interest for Host will not stop. In 2020, exports are expected to increase by 1.1% globally compared to 2019, while a CAGR of +3.2% in the world and +2.2% in the Middle East is estimated for the 2021-24 period.

Middle East: Furniture/Kitchen & Tableware wins in imports
Turning to the individual sectors relevant for the event, Furniture/Kitchen & Tableware, which for Italian products are worth something like 10.7 billion dollars with Italy in fifth place in the world ranking, was the macro-area that most attracted the attention of investors and Middle Eastern operators. On the export front, if the total value reaches 7.7 billion dollars, the value of demand from the Middle East reached over 443 million dollars over the past twelve months. And that is not all, because forecasts in this respect are optimistic also for the future years, with +1.7% CAGR in the period 2020-23. In second place in terms of quantity of exports to the Middle East area is Food Service Equipment, in which Italian production reached 4.5 billion dollars during the past twelve months, making the country the fourth producer at a global level. In contrast, exports to the Persian Gulf and the Middle East accounted for 207.7 million dollars out of total exports for 3.8 billion dollars. Excellent news also comes from the Coffee/Coffee Machines/Vending sector, in which Italy conquered the third place in the world in terms of production with 3.8 billion Euro. In terms of exports, the Middle East absorbed about 100.4 million dollars, with the forecast of sustained growth also in the three-year period 2020-2023 (+3.7% CAGR). A similar growth (+3.5% of CAGR) will also characterise the Bakery & Pastry area, in which Italy is confirmed as the first world producer with 900 million dollars. In this sector, demand from the Middle East generated exports for 15.6 million dollars in 2019.