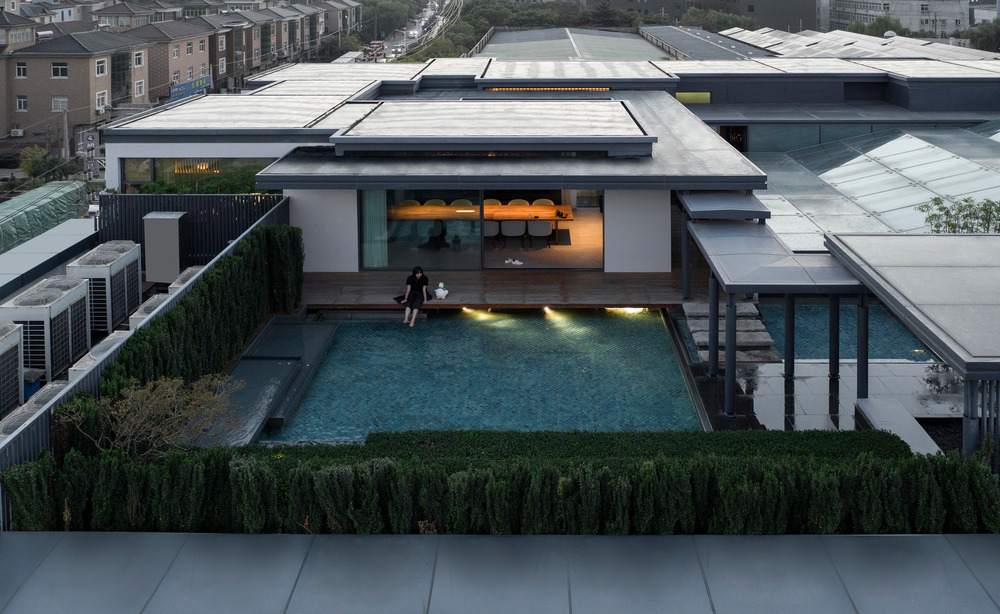 The transition of the city is a complicated process. Along with the old memories gradually gone, new emotions are constantly being generated. When production breaks through itself and has more connections with life, the vision of the garden will continue.

The project is located in the Xucun Industrial Zone, Haining, Jiaxing, in which the architect built an elegant courtyard on the roof of a factory and named it Xiaoya. In this courtyard, the functions of reception, catering, and office are combined. And it has broken through the single working mode and expanded the breadth and depth of life. 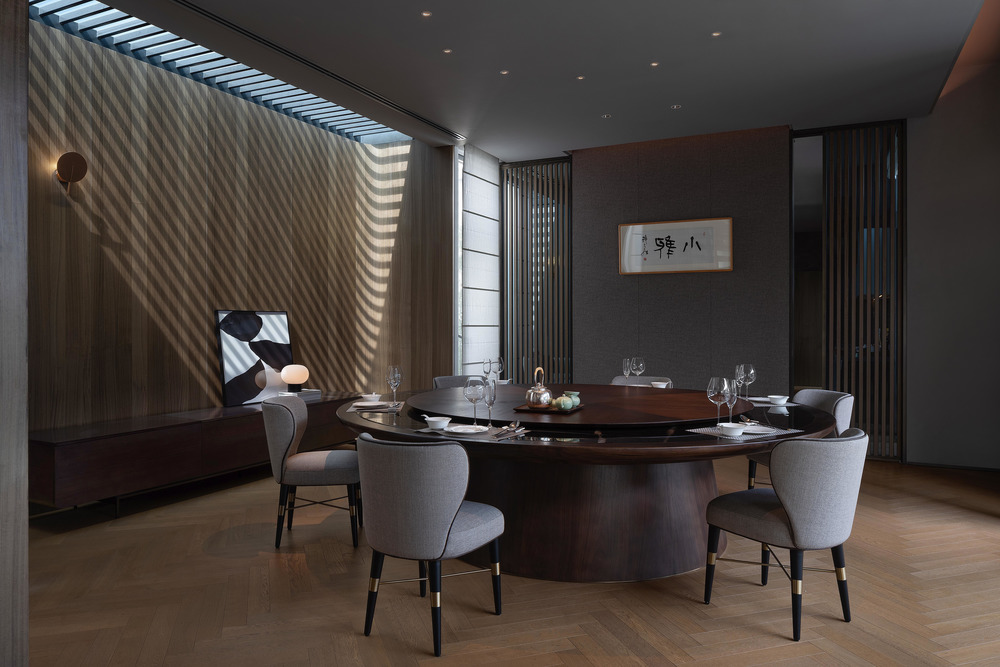 How to deal with the relationship between architecture and environment has to be the first research focus of the design. The place is adjacent to the main road of the city, and there are many self-built houses in the surrounding countryside. So the designer uses green plants as walls to shield from the noise on the road and disorder of vision, which has embodied the concept of oriental gardens by modern garden methods and created an atmosphere of being in the city but like a wild place.

They utilise the natural sightline deviations of the roof platform to balance the surrounding axis, and the phototaxis of the biological instinct to allow the viewer to do the natural selection. The architecture is opened, and the interior and exterior spaces are infiltrated with each other, both spacious and enclosed. 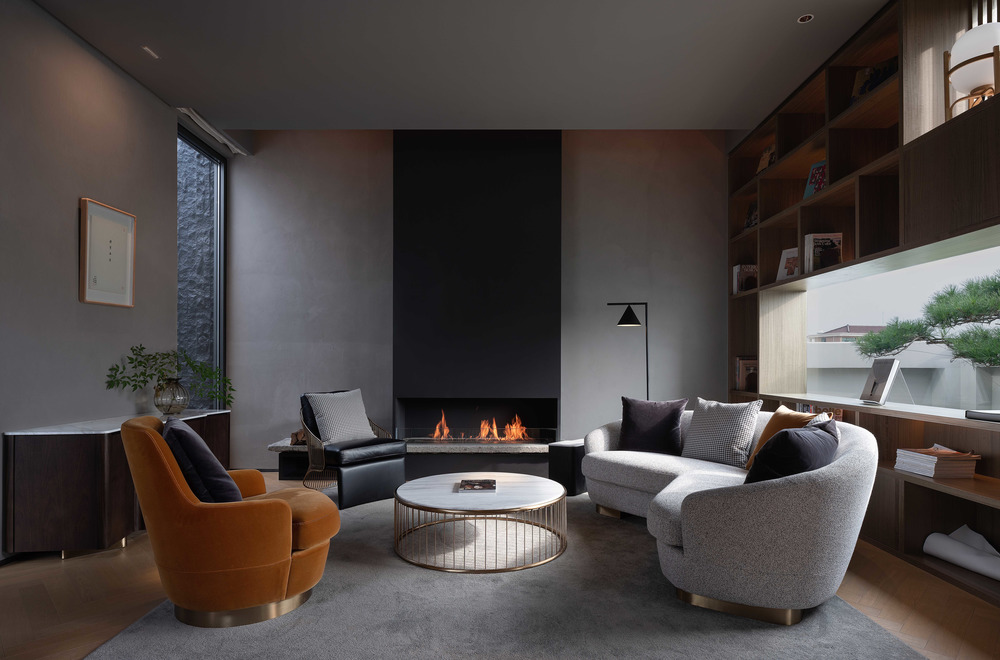 The corridor design overlaps with the tourist line, which leads the free ramble mode to become an opportunity for interaction between people and the site. The delight of the stroll is the purpose of the landscape design. It is expected that people will walk barefoot. With the changes in texture and temperature of wood, stone, rock, and sand, they will touch the nerves of the footsteps, during which people will return to purity.

In the eyes of Mies Van Der Rohe, the barrier is no longer the antonym of the transparent but creates one more space and one more possibility. Inspired by this, the corridors twist and turn volatile and extend in the open backyard of Xiaoya, where the white wall penetrates into the field of vision, but part of the landscape emerges from behind, and the geometric espalier hides the end of the corridor and played a “Cloze Play Thinks” with the brain. 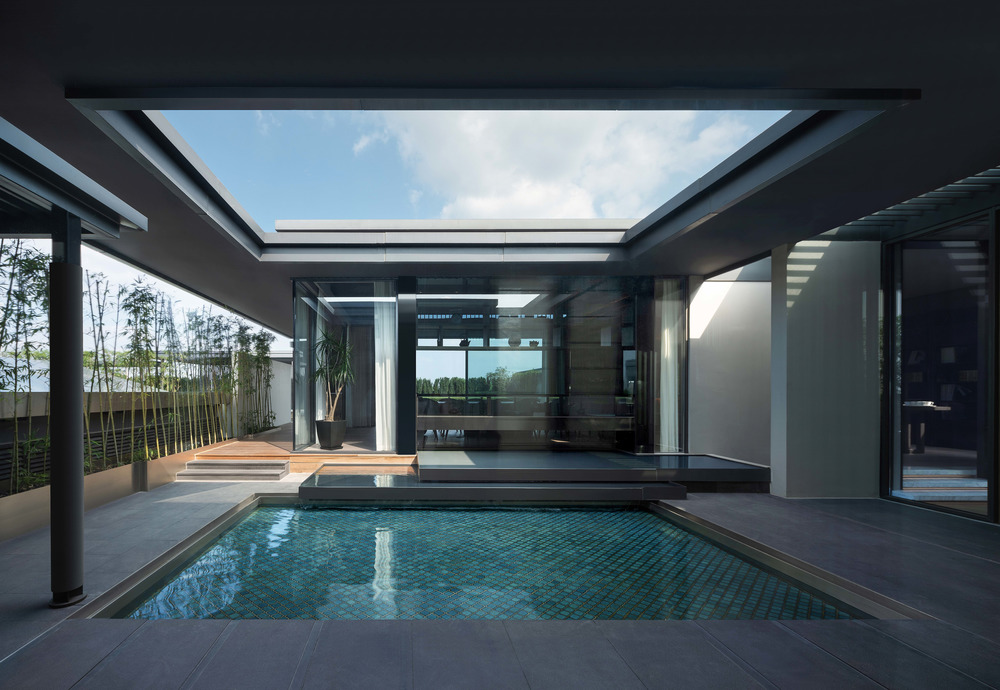 There are two water courtyards. The central one takes a view of the sky and takes the water as a mirror. The shadow is refracted into the restaurant and meeting room, and the fold-up water landscape continues to extend indoors.

In The Book of Songs·Xiaoya·Deer Bell, stirred up the feelings by deer bell and eating grass. It shows the way of hospitality and the mind to entertain the guests, by utilizing which the designer creates a resonance between people and space. The squeezing and dislocation of the building create a series of wonderful corner spaces. Behind the “cloudy pine forest” painting that landed like a screen in the lobby was a small deer that came out of the probe.

The elements of the grille are used one after another in the place. Make space becomes an alienated sundial and combines the sunlight. Mottled shadows which change along with the time, like clouds and fog, like electric light, which lets the “rime” sway and flow.

Xiaoya uses the concept of oriental gardens to create a western garden landscape that incorporates geometric patterns, vegetation, architecture, and water features, etc, which uses simple cubes to summarize the combination of the natural stones laying, cascade and the fold-up of the sceneries, which forms a unified visual element. 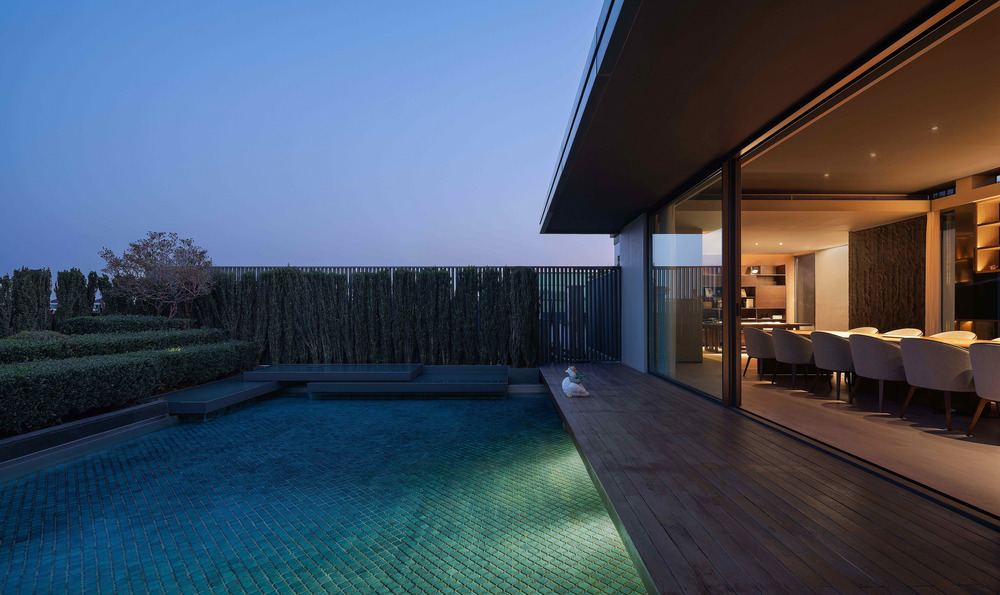 In the meeting room, the view is divided by vertical walls. Then the view of the left eye is a spacious outdoor space, and the right is an enclosed meeting space. The view outside the window of the living room in the lounge area is cleverly reflected by the mirror to the dining person, which makes the water courtyard, pine, and the bamboo in the corners outside the window all visible to the eye.

When the sky gets a bit dark, you can see the interior through the light and shadow on the glass, and see the opposite view through the rear window, which is mellow and interesting.

The Home presents wall art for every mood