“The wonderful thing about ceramics,especially for bathroom products, is that it’s hygienic – it’s really tough and clean. You can have a washbasin at home for 10 years and it’s pretty much the same as it was when it was put in, and I think that is unique to ceramic. “There’s a lot of these solid-surface materials and you can do amazing things with them, but after 10 years it wouldn’t look the same as it did on the day you put it in. Ideal Standard offers a 25-year guarantee on the ceramic – you wouldn’t give such a guarantee for what is essentially a plastic basin.” Consumer demand isn’t the only factor that’s changing sanitary ware. Environmental considerations increasingly come into play, particularly where water usage is concerned.

Practice makes perfect
Studio Levien’s sanitary ware is modelled by hand, physically sculpted fromslabs of Styrofoam that he melts using a hotwire. “We make full-size bathtubs in the studio that you can get into. Styrofoam is soft and it’s blue, which is about as far as you can get from the finished thing, which is usually hard and white, but the ergonomics, the interaction between people and product, are really developed through modelling.”
So 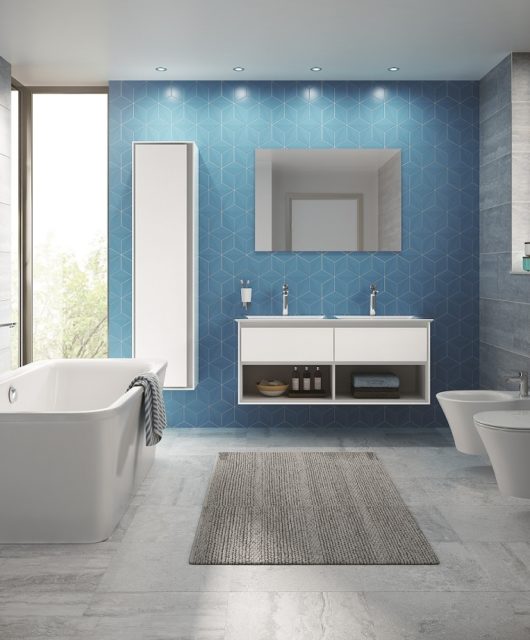 metimes, two or three pieces of the same design are made, each of which must be complete before the team moves onto the next one. “I was listening to a lovely little bit of audio about Leonard Cohen after he died recently.I was never really a big fan of his, but he was talking about how he wrote songs, how Bob Dylan wrote a song in 15 minutes but he took two years, and how he would write anything up to 60 verses for a song and edit them down to five. “What Leonard Cohen said was, he couldn’t eliminate a verse until he’d finished it. He couldn’t get halfway through a verse and say ‘This is rubbish, I’m going to move on’. He kept going until he’d finished it and then he put it to one side, and that’s a bit like our process as
designers. We keep going, even though we think it might not be working out, and then we finish it, then we put it to one side and we make the next one and so on, until we get it just, just right. It’s kind of a labour of love.”