The Fairmont Fujairah Beach Resort has very much marketed itself as the luxury alternative to the hyper pace of life in bustling cities like Dubai and Abu Dhabi.

Patrick Ryan left the city and made his way to the resort to catch up with general manager Omar Souab at the newly opened resort. 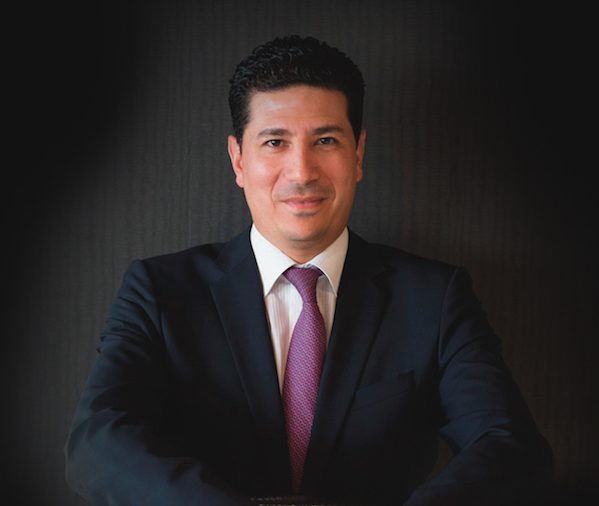 There’s no question mark over Omar Souab’s hunger for his new role as general manager of the newly opened Fairmont Fujairah Beach Resort. “I knew that the Fairmont Fujairah was about to open and I knew that the vice president was looking for a general manager, so I reached out to him and he sat down with me and asked, ‘Who do you think I should give this role to?’” he says.

“I said, ‘Have you thought about me?’ and he said, ‘Why not, maybe you should go and have a look at the hotel.’”

That level of hunger and drive is unsurprising given Souab’s track record in the industry since he began his journey in 2004 with Sofitel in his native Morocco.

“I always wanted to do an international career so I had the opportunity to come to Dubai as an operations manager of Pullman, which was Sofitel and then we rebranded it to Pullman,” he says.

“I stayed there for two and half years and then I had an opportunity to move to luxury and that was my goal.”

The Fairmont Dubai was next on his list where he went from director of operations to hotel manager during his tenure there before his life-altering conversation with the Fairmont vice president. “I realised the potential of this place because the design is unique, the location, the marina, you have the mountains in the back, you have the Indian Ocean, so I fell in love with the property,” he says.
“I started working between both properties for six months and then I moved here in September and we had three months to open the property and it is great to see it come alive.”

Souab is proud of the unique design of the hotel which incorporates modern elements alongside traditional Islamic traits. “You have a mix between the orient and north Africa,” he says.

“The design is modern Islamic inspired by a bohemian touch. You find that in the rooms as well, the black and white is very present in the hotel. In the rooms, you have that black and white carpet, and when you look at the swimming pool, you have a black and white rug which is a continuation of what you see in the room.” The hotel will soon be complemented by a beach club which is currently under construction.

“The beach club will open in May and it is more Mediterranean. If I had to compare it with an existing property, it would be Nikki Beach Club so it would be a bit of the same set-up with a central pool, with the Mediterranean restaurants,” he says. 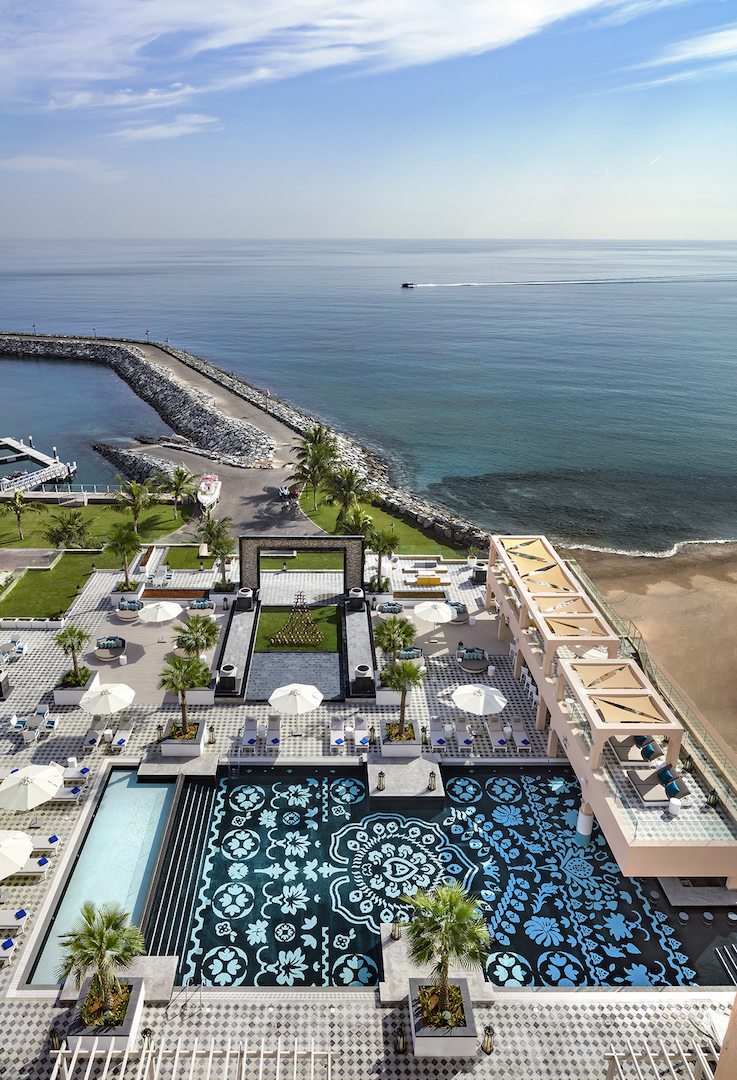 “There will also be a penthouse on top of the restaurant as well as a tennis court, it will have a children’s pool and an event place where we will be able to organize weddings.”

So now that Souab has taken on the role of general manager what are his target for 2017?
He says: “You have to bear in mind that the hotel is not fully finished, so there is still work happening, we are hoping that the beach club will be open by May. “I am really happy that we are over achieving our targets, we have built a very nice reputation and a buzz around the local market. “They feel that the hotel really brings something unique to the region.
“The European market is now sending us more rooms so we are over-achieving our target and we are very optimistic to continue on this same trend.”

While the current economic conditions have led to anything but plain sailing for the hospitality industry, Souab is adamant that his current project will be successful.

“This year, our strategy is not to go for volume but to position our rates properly and to be the rate leaders.” The key to success, according to Souab, is to have the right team in place.
“I have seen from my experience in Dubai that bringing different people from different backgrounds and creating a team is a good thing to do, and that is what I am trying here and really create something unique,” he says.

“I think diversity is a very important thing and that is what I am trying to build here.
“Each member of our executive team is from a different part of the world so we are trying to have a big diversity within the team to create something different and very unique.
“The most important thing is to be able to listen, to really understand what are the challenges and to actually care about the challenges and to try to do something about them.” The key, he says, is to be transparent.

“When something is done well I try to say it and celebrate success, but I also try to point out things that are not working very well and work with the team to make them improve,” says Souab.

Retreat from the city 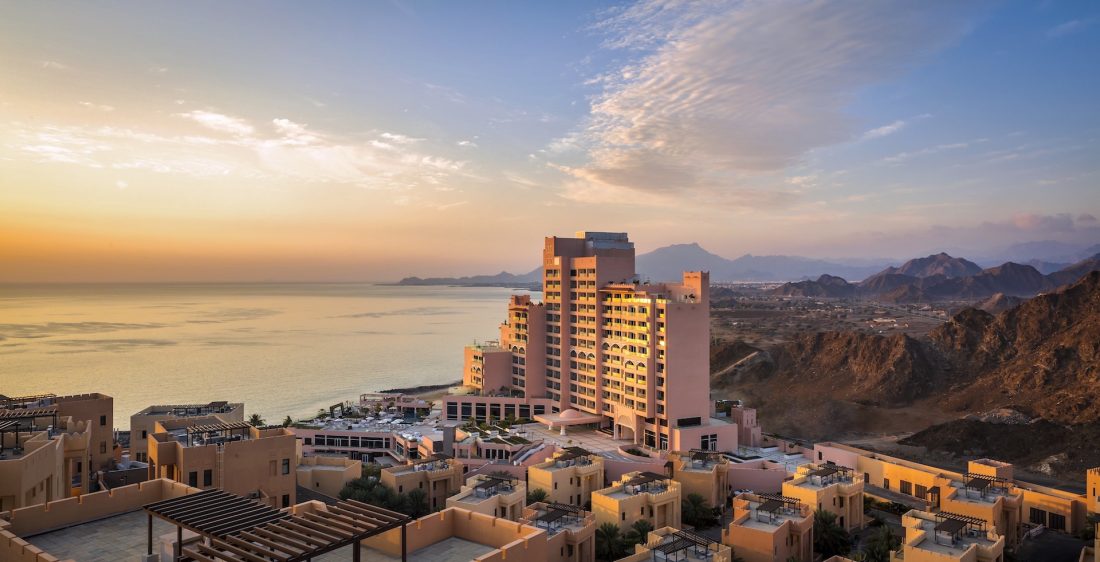 The beach resort is every bit the idyllic retreat from the hustle and bustle of life in Dubai that you would expect it to be, with 180 guest rooms and suites all featuring a stunning view of the ocean.

“What I will say about this property is that it is an hour and a half away from Dubai, you can actually come from Dubai to here without a single red light which is very interesting,” he says.

“I am discovering new things everyday and the fish is incredible in this region, plus you have the Indian Ocean which people tend to forget.

“This property is really unique because you have the hotel, the marina and then the Indian Ocean.” He said the aim is to position the resort as a boutique hotel. 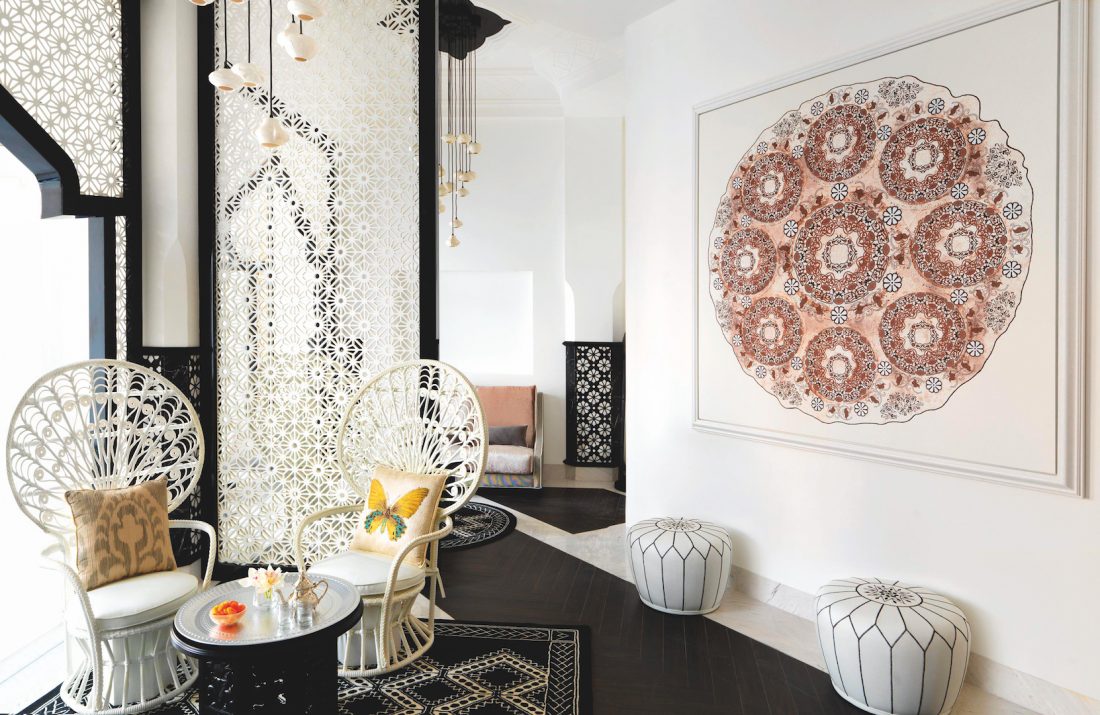 “It’s very detail oriented, we have that Yamapool lounge which is more of a shisha area with a local and arabic twist to it,” says Souab.

Connecting with the local community is going to be a key issue for Souab.
“What we are trying to do is to connect with the local fishermen in order first to help them and in order for us to benefit from fresh fish that is coming straight from the ocean and straight to the plate,” he says.