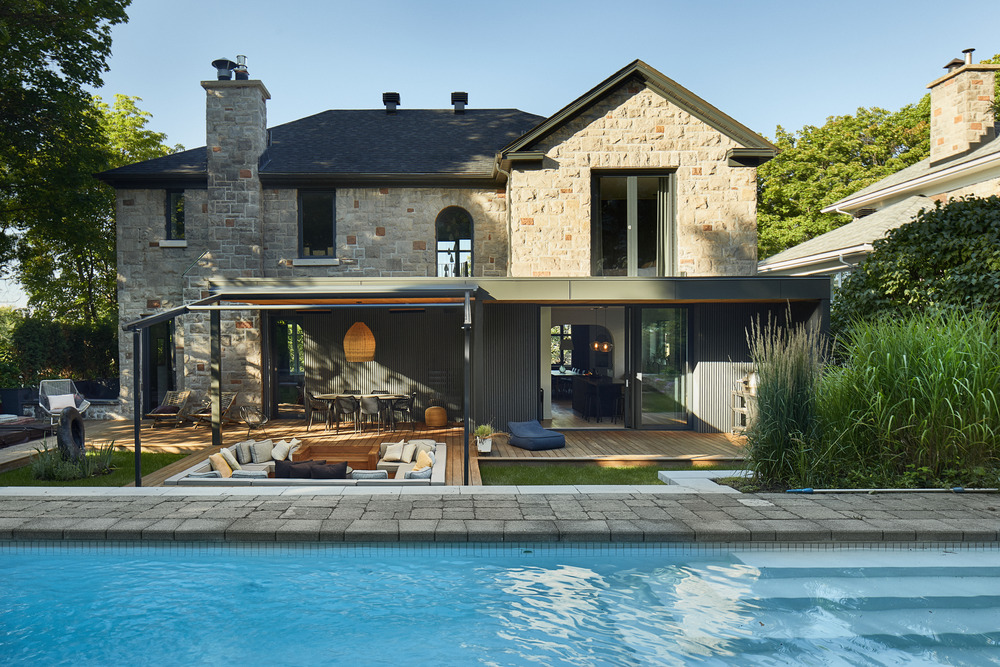 The main intention of the Maison Ave Courcelette project, located in the Outremont borough, Canada, was to improve the relationship of the interior spaces with the large exterior courtyard while highlighting elements dating from the original construction. 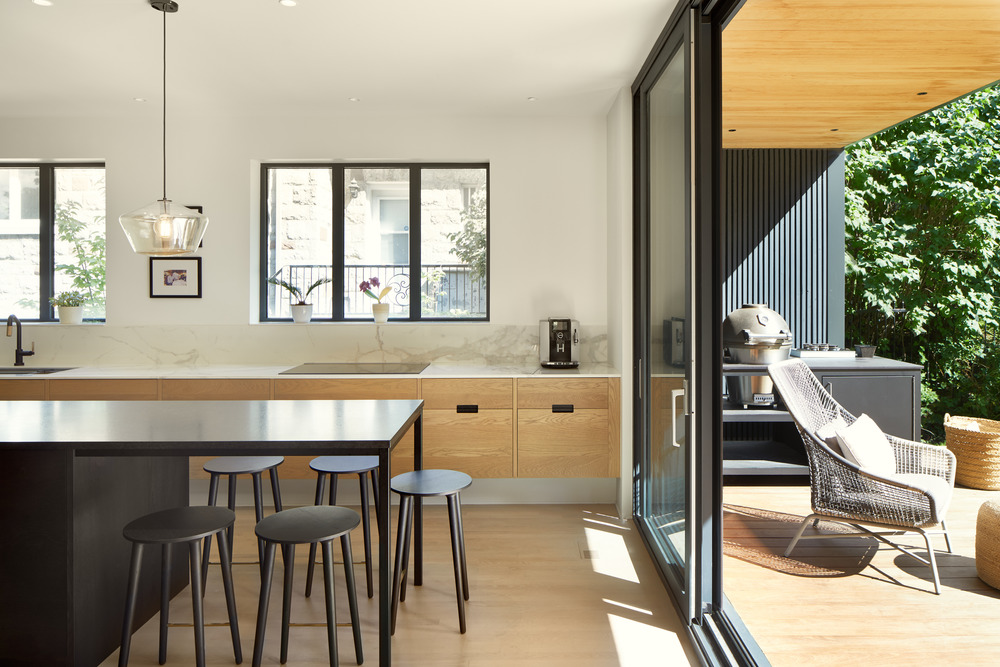 Designed by Salem Architecture, Jad Salem Architecte, the living space has been generously opened to the outside so that the kitchen can be extended under a new canopy on the rear facade facing south. This canopy has a dual function as it reduces solar gain in summer while allowing occupants to enjoy a covered space. The new openings in the existing walls allow natural light to also diffuse into the central space of the house. 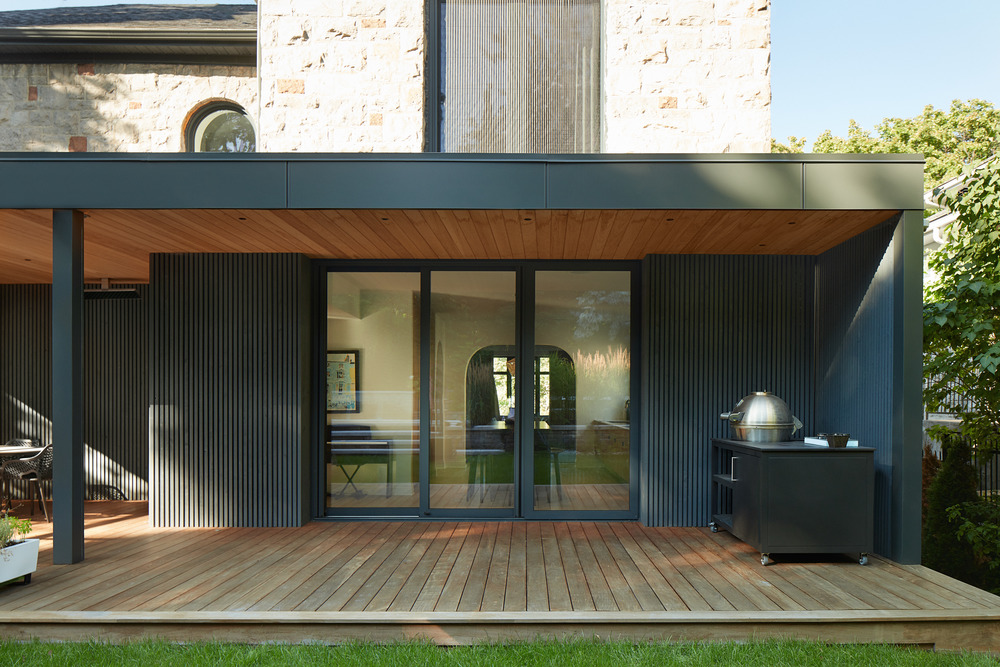 The landscaping, in separate areas, offers owners the opportunity to enjoy the backyard while having a variety of experiences and atmospheres. An exterior sunken living room, covered with a retractable awning, allows the family to enjoy a warm space and offers a different perspective on the courtyard and on the many mature trees around the perimeter of the site. 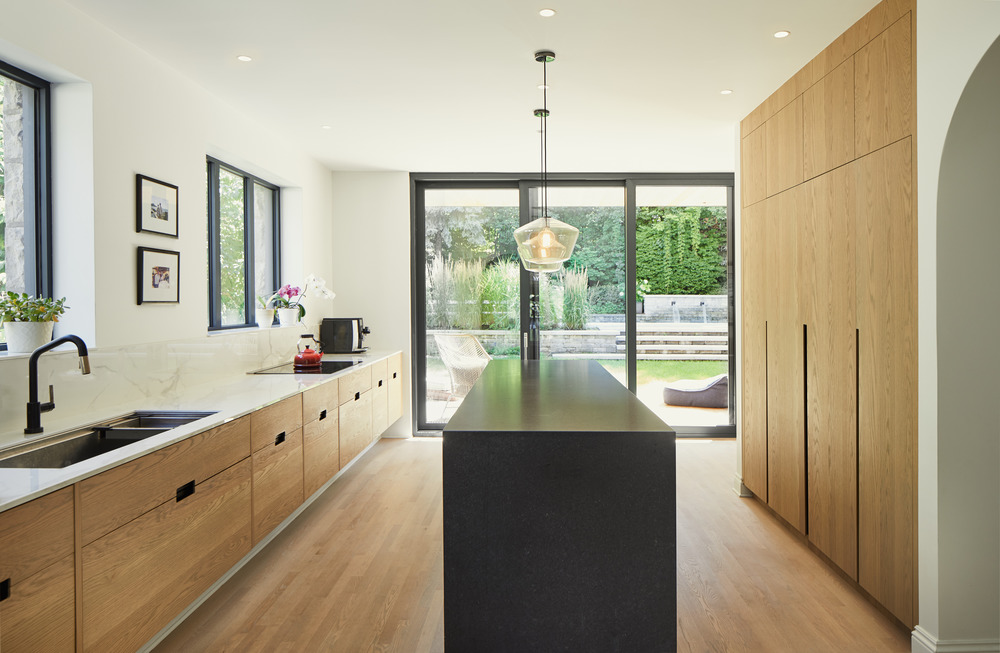 The architect, Jad Salem, along with the owner, paid particular attention to ensuring that the transformation of the residence is respectful of its original character. Thus, each intervention has been done in such a way as to highlight certain details dating from the initial construction of the house, in 1947. The new arched openings follow the same configurations as the existing ones. The railing of the central staircase has been treated in a minimalist way in order to direct attention to the curves around the staircase as well as the rounded openings in the ceiling. The original wood floor, which incorporated careful details, has been maintained in some rooms and a precise arrangement of the colours of the new floor ensures a harmonisation between the new and the existing finish. 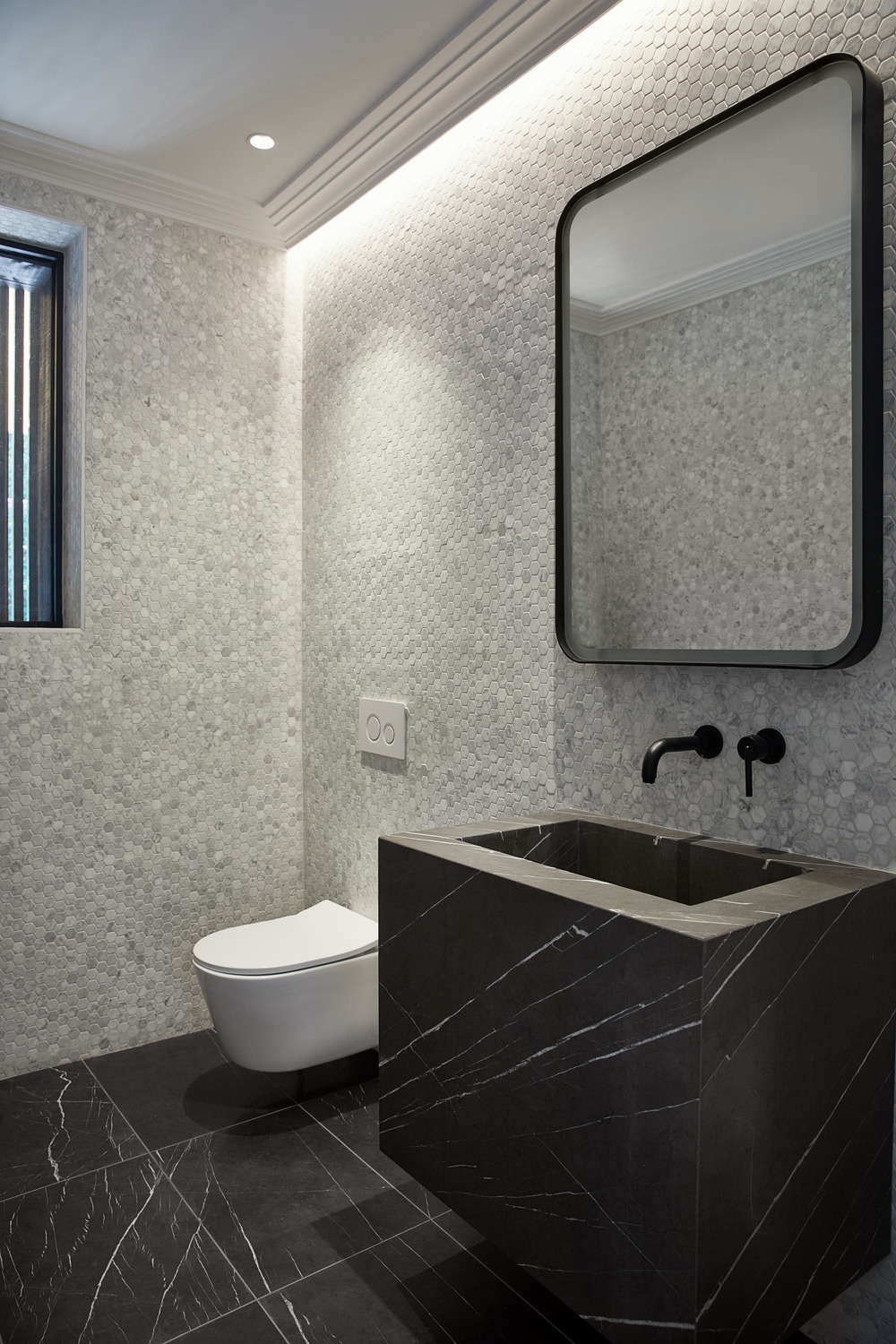 The new cladding, on a portion of the rear facade, is soberly juxtaposed to the original stone of the house, using fine wooden elements laid vertically. These same elements are used to serve as an openwork sidewall to offer privacy from neighbours while allowing light and vegetation to filter through.

The stones of the facade, which were replaced by the new sliding glass doors, were also kept so that they could be installed in a possible extension of the house.

In Pictures: Syntopia Hotel in Greece is dressed in organic timber textures and earthy tones