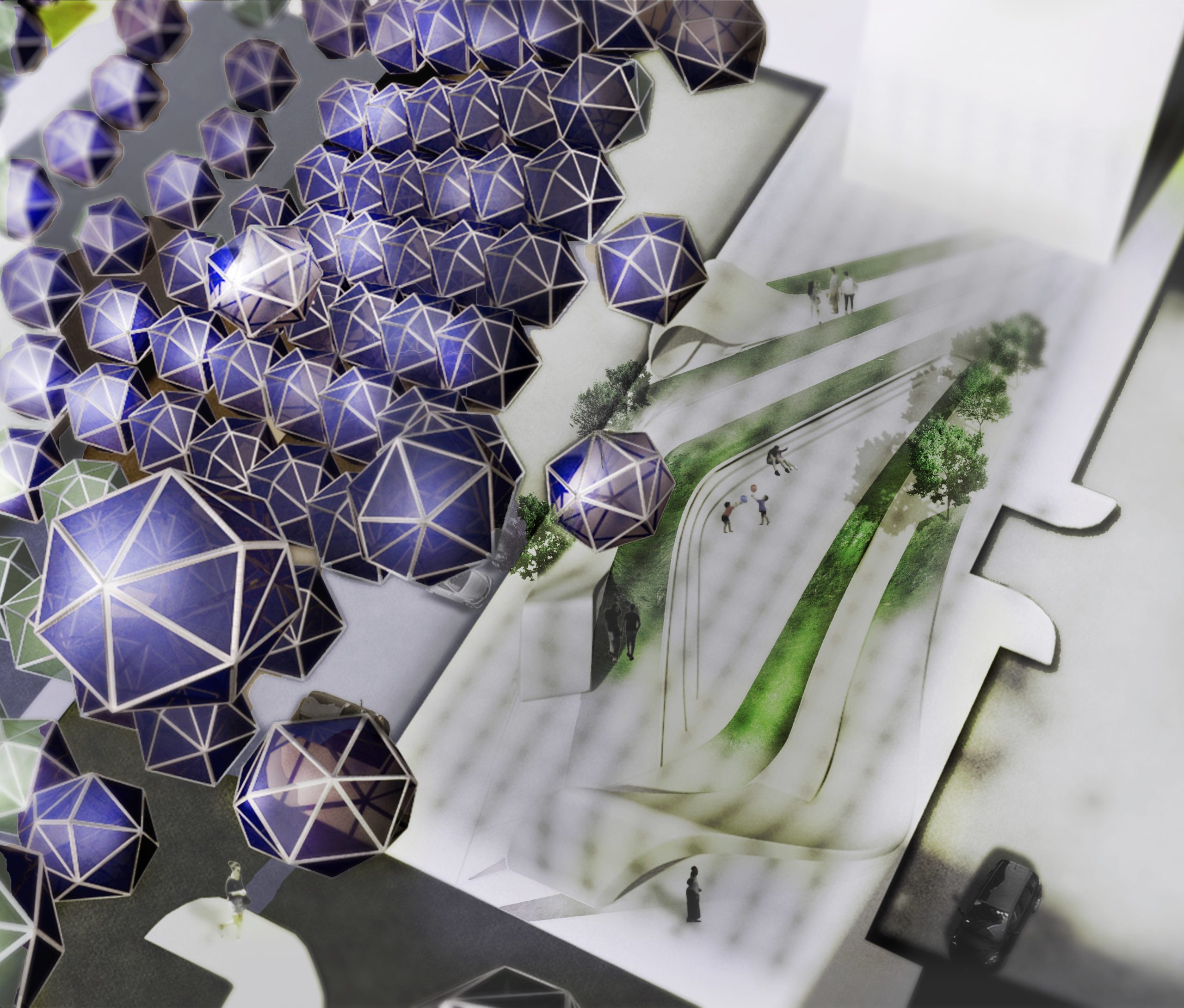 The Department of Municipalities and Transport has announced the winners of its global design competition, ‘Cool Abu Dhabi’. Architect and founder of homegrown architecture and engineering consultancy EMKAAN, Muhammad Obaid received the award for his design proposal ‘The Circadian Clouds’. The project was designed to provide a solution for use in outdoor public spaces, to maintain thermal comfort for outdoor users through continuous shade.

The award was presented to those who conceptualised an original and innovative solution for reducing the heat island effect in the UAE capital. As part of the brief, climate sensitive and people-centric approaches were to form the core focus of the design, while its aesthetics needed to drive people’s desire to interact and occupy the public space. Obaid’s ‘The Circadian Clouds’ was designed to provide the minimum amount of sky blockage for people to continue enjoying the shade, while still feeling like they are outdoors.

Commenting on the accolade, Obaid says: “I am honored to receive this award for our “nature inspired” design, which we believe will improve the climate resilience in Abu Dhabi. For more than 10 years, we have completed hundreds of projects across Egypt and the UAE, including residential, commercial and hospitality. ‘The Circadian Clouds’ will provide comprehensive shading to both the space and surrounding building surfaces, and as such reduce both direct and indirect radiation.”

Inspired by movement of the sunflower and birds’ flocks; Obaid’s design is a shading system compromised of multiple small floating cells that work together in synchronisation, and move with the sun to keep the targeted area in the shade at all times.

Using sunlight sensors and the same technology that is used in multiple drones, each cell follows the sun in synchronisation with other cells, performing as an artificial Circadian Cloud and adjusting its form pragmatically to block direct sunlight during the day.

The cell would have a helium light container embedded, which saves the energy of lifting. The cell would utilise photovoltaic panels to power the side fans, which consume minimum energy, only for adjusting the position with the other cells using light sensors and a similar technology used in synchronising multiple drones together. At nighttime, the cells altitude will get closer to the ground and the floating element can become a floating chandelier using photochromic sheets, which use the light that was collected during daytime.

Commenting on his design, Obaid explains: “The system adjusts accordingly, making it suitable for any site. The main advantage of this shading system is that it constantly keeps the targeted area in shade all day, without closing the open space or having a roof. It can be effective for shading beach walking paths and running tracks, and would also serve as a landmark for the city. It also engages the community by providing different activities in public spaces.”

Moving towards a new society