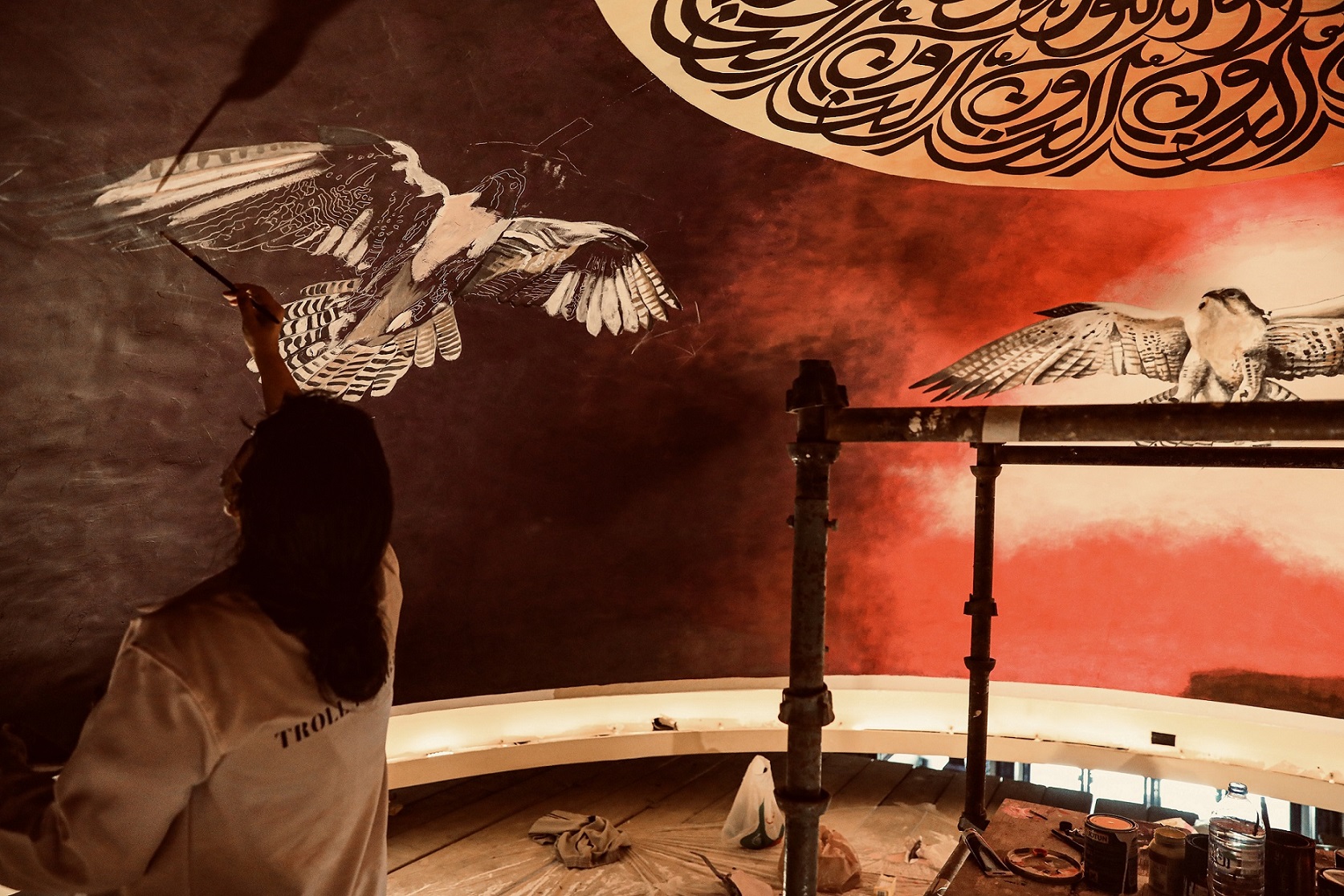 Souk Madinat Jumeirah will debut new artworks by two locally-based artists, Amalie Beljafla and Amrita Sethi, as part of an ongoing legacy project designed to narrate the rich heritage of the Emirates.

Phase one of the ‘Souk Seven’ immersive art project, designed to feature artwork around the Souk from seven of the country’s most acclaimed artists, was announced in November 2019, and phase two aims to continue efforts to evolve one of the city’s most celebrated attractions.

Amalie Beljafla is using oil and acrylic paint to create a surreal, vibrant, and powerful 25m long mural titled Al Noor, which translates as “The Light”, on the Dome of the Souk.

Award-winning artist Amrita Sethi has been commissioned to design two more murals that will be displayed at the refurbished main entrance of Souk Madinat Jumeirah. Sethi will be using her signature voice note art, employing acrylic paints to capture soundwave patterns.

Both murals are interpreted in a colourful and contemporary style while embedding the core traditional values of the UAE. Additionally, QR codes will be placed under each mural allowing visitors to scan and play an audio clipping of the artist explaining the artwork.

The art project has been a core component of wider enhancement works at Souk Madinat Jumeirah. The expanded artworks will offer residents and tourists a modern glimpse of Arabian traditions and culture at the iconic cultural and entertainment destination. 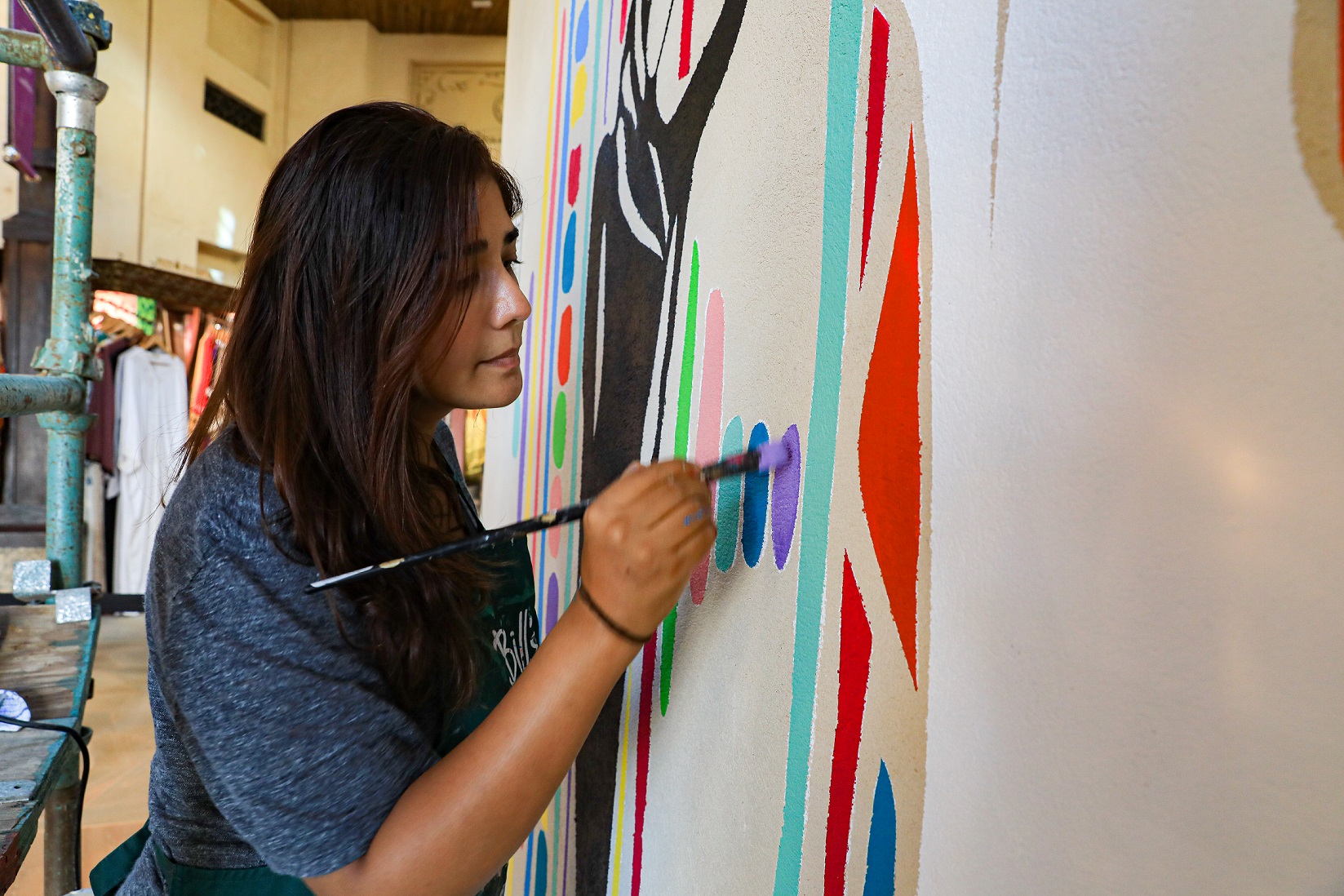 Look at this piece of art by Ludovica Mascheroni