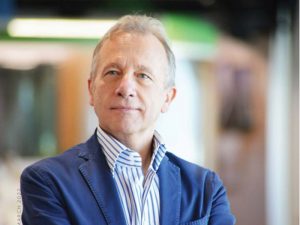 Architect Antonio Marcon was born in Treviso, in the North-East of Italy, and studied architecture at the University of Florence, where he received his degree in 1976.

After an initial period of academic research in urban planning, in 1977 Marcon registered as a chartered architect with the Italian Order of Architects (O.A.P.P.C.) and created a first design team; he later founded the studio Marcon Architetti in 1984.

Marcon started working very young and through the years has developed a wide experience in the design of educational and medical facilities, as well as residential and commercial buildings.

He has a strong background in bioclimatic and sustainable architecture, as well as architectural design, and project management.

In 2010, Marcon was one of the founding partners of M+N Architecture and was appointed member of the Board of Directors and Chairman of the company; since then he has supported the firm with his unique experience and vision for the growth of the firm from a strategic and technical point of view.

He has been involved as a lead principal in many of the major projects developed by M+N: Al Maharat Pvt.

School in Abu Dhabi (a school for 2,000 students from KG to G12), Al Raha Lofts (a residential complex of 164 units in Al Raha Beach), the interiors of the new Ministry of Human Resources and Emiratization in Dubai, Khidmah/Provis HQ at Yas Mall (which received LEED Platinum certification), and the renovation of ZonesCorp HQ in Abu Dhabi.

He has won several public design tenders and competitions in Italy, including the national competition #Scuoleinnovative with a proposal for a new typology of school for 1,000 students and the competition for the Art School of Perugia; he has also worked on restoration projects, including the 18th century Palazzo Centi in L’Aquila, HQ of the regional government, and the 16th century Palazzo Sant’Apollonia in Florence occupied by the Administrative Court.

Marcon is currently assisting the site team in the implementation of his design for a new office building for the Ministry of Interior in Abu Dhabi, which is now under construction and is scheduled to be completed in 2023, as well as working on the interiors for the new HQ of a prominent project management company based in Dubai. 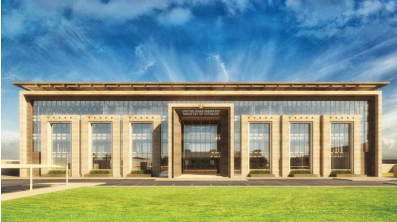