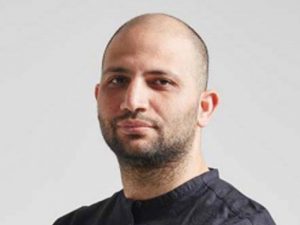 Iith over 15 years of experience in the industry, Islam El Mashtooly is a regionally and internationally recognised architect, urbanist, and educator.

He is dedicated to creating architecture that supports and strengthens communities, with a philosophy that emphasises harmony within context, in addition to the MENA region’s climate, culture, and traditions In 2021, Mashtooly’s architectural concept for “JANNAT MASJID” won in the “Future Projects” category at the highly prestigious World Architecture Festival Awards.

The project, designed as a place of peace that exudes unity, encompassing inclusion and diversity was named the winner in a category with over 550 finalists dedicated to celebrating excellence.

2021 marked the third year Islam has won a category at the WAF, following ‘Residential Building of the Year’ in 2016, and Baghdad design centre in 2018.

Mashtooly has been named as one of the Top 50 Most Influential Architects in the Middle East for five consecutive years.

He has won the United International Architects Award in Baku two years in a row.

He was nominated for The Mohamed Makiya Prize for Middle Eastern Architecture Personality for two years in a row.

He was nominated for two consecutive years to win The Mohamed Makiya Prize for Middle Eastern Architecture Personality.

Using his expertise in urban environments, Mashtooly was a leader in creating OBMI’s vertical resort concept, AERA, alongside the firm’s teams worldwide.

The vertical architecture minimises the footprint in areas where land is precious in value and availability.

Uptown Makkah in the Kingdom of Saudi Arabia, Etihad Airways HQ in Abu Dhabi, and the Shelter on the Edge project in Syria are among his significant work.