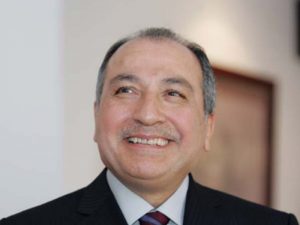 Born in to a middle-class family, with roots in the old city of Najaf.

As the son of both ancient cities of Baghdad and Najaf, important factors that played a major role in the thinking and performance of Al Assam as an individual, an architect, and at a later stage, as an urban planner.

Mohamed completed his high school with an outstanding score, allowing him to apply and get into
the Architecture School of Baghdad University.

In the UAE, only the larger cities of Dubai and Abu Dhabi had the shape of real cities at that time.

In this sensitive environment, Mohamed’s firm Dewan Architects + Engineers emerged and established itsel(established in Abu Dhabi 1984) as a leading contributor to the cityscapes of the UAE through its practices in Abu Dhabi, Dubai, and later in Baghdad, Barcelona, Manila, Sahrjah, and Riyadh.

Over the past 35 years, Dewan Architects + Engineers has focussed on developing its name and brand as a “design-led” architectural firm.

Dewan has maintained its solid reputation as “The Quality Architects” and has maintained an impressive client portfolio of the largest developers and clients in the region.

The office continues to grow its portfolio across the region and with forays into Africa, CIS countries, and SE Asia, firmly establishing itself as an international practice.

An extensive experience and professional knowledge in all types of projects life cycle from inception to construction and turnkey.

Al Assam is an effective coordinator and facilitator of team performance and has wide experience in a multidisciplinary context, with the ability to lead technical and administrative staff, to achieve a high architectural quality and profitable results.

As a chairman of the board of directors, Al Assam has participated in setting the strategic direction of the firm.

With his sound strategic awareness in business Development, the firm has achieved several international awards and nominations.

Dewan is currently staffed with over 300 professionals and working on an extensive portfolio of projects
in various sectors and across 10 countries in the GCC, Africa, and Asia.

Dewan has just been given top honours after being ranked among the world’s top 50 architectural firms.

The company was also recently ranked as top four architectural firm in the Middle East.

Al Assam has also played a role in leading the firm towards sustainable design.

Over the past few months several of our projects have won LEED accreditation.

He is an active speaker and debater, and contributes often to public and professional forums. 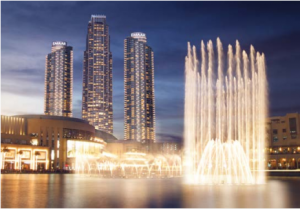