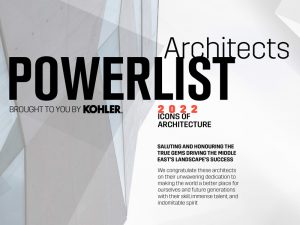 Rabih Geha is the founder of the award-winning practice Rabih Geha Architects.

Geha holds a B.A. in Architecture from the American University of Beirut and earned his master’s degree from a French design school called the École Nationale Supérieure de Création Industrielle located in Paris.

In 2006, Geha launched an experiment-driven and research-oriented workshop at l’Académie Libanaise des Beaux-Arts where he mentors Lebanon’s next generation of interior architects.

He worked with Rudy Ricciotti in Marseilles and French architect Odile Decq in Paris before returning to Beirut.

What began as a modest office created to tell spatial stories and contribute to the disciplines of architecture and design in Lebanon,
Rabih Geha Architects has grown into an internationally recognised, multi-award- winning practice comprised of 15 talented architects and designers.

In 2021, he expanded his practice to the UAE and opened his office in Dubai Design District. In 2022, the firm’s other projects include Bedouin, an Italian vagabond-inspired nightclub and the restoration of two historical mansions in Beirut.