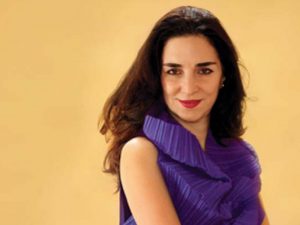 Raya Ani is a multi-disciplinary architect and urban designer with over 25 years of worldwide experience in Baghdad, Boston, Dubai, Germany, and New York City.

She was the 2017 President of the American Institute of Architects-Middle East Chapter.

Her interests in melding innovation, sustainability, and technology, and her drive to empower and lead by example has resulted in her becoming the founder and design director of RAWNYC Architects, an award-winning interdisciplinary studio based in New York City and Dubai.

Raya Ani was bestowed upon the title of Fellow American Institute of Architects for her excellence in design and outstanding contributions in the field of architecture.

Raya Ani’s boundless energy to inspire and empower through her creative and strategic visions is seen in the Iraqi Pavilion at Expo 2020. In 2019, Raya Ani created the opportunity for Iraq and Iraqis to be visible at a world expo by creating the opportunity
for Iraq.

She lobbied for Iraq’s participation at Expo 2020, designed and supervised the construction of the Iraq Pavilion for three years.

In 2021, Raya Ani was appointed the President of the Jury for the international architectural competition for the reconstruction and rehabilitation of Al Nouri Complex in Mosul by UNESCO.

She was also named to Forbes’ 50 Over 50 List, which honours women from Europe, the Middle East, and Asia who are making waves in their fields.