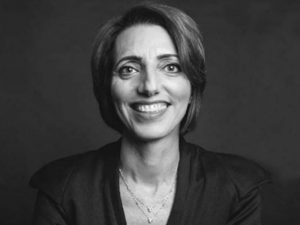 Sumaya Dabbagh is a Saudi architect who was educated in the United Kingdom.

In 2008, she established Dabbagh Architects. The practice’s goal is to produce timeless architecture that enhances people’s lives.

Through its contemporary and unique approach to architecture, it addresses themes of identity, place, and context.

Dabbagh Architects is well-known for its culturally sensitive and contextual designs.

Multiple honours have been bestowed upon their projects, Mleiha Archaeological Centre and the recently finished Gargash Mosque.

Dabbagh Architects are renowned for their culturally sensitive, contextual designs.

The Mleiha Archaeological Centre and the recently completed Gargash Mosque have been globally recognised with multiple awards.

The Al Ain Museum, which is currently under construction, is another addition to Dabbagh’s new emerging architecture in the region.