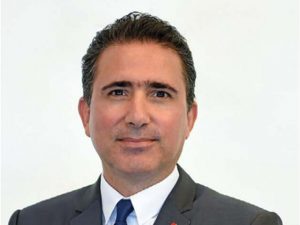 Choosing to build upon the storied legacy of a firm that sparked an architectural revolution and renaissance in Kuwait and the region, Pace’s current CEO and lead architect, Tarek Shuaib decided to pursue his professional career at the firm founded by his father, renowned architect and master planner, Hamed Abdul Salam Shuaib.

Introduced to architectural excellence from a very early age, Shuaib developed a passion for the industry
that made it inevitable as a chosen profession.

He earned a Master’s degree in Architecture from Washington University in St.

Louis in the United States, and a Bachelor’s from The American College in London, England.

Shuaib began working with some of Pace’s most prestigious government clients, including The Amiri Diwan, Bayan Palace, the Central Bank of Kuwait, Kuwait University, KISR, and the Ports Authority,to mention a few.

He was assigned key and diverse responsibilities in his various roles, including local and regional client liaisons, interior design, and site supervision.

Within a few short years, Shuaib started taking over as Managing Partner of the firm, and in 2017, he was appointed Chief Executive Officer – leading Pace to become an industry-leading multi-disciplinary consultancy firm in the region, with an international reputation for design excellence and an innovative, quality-focused approach to project delivery and construction.

Under his leadership, and running all three regional offices (Kuwait, Saudi Arabia and Bahrain), Pace has delivered more than 1800 projects across the region and internationally to date.

Drawing upon more than 30 years of professional experience, and in-depth industry knowledge, Shuaib succeeded in capitalising on the firm’s legacy, and under his leadership, Pace continued to deliver award-winning projects and internationally recognised landmarks that fairly influenced the country and some of the region’s architectural landscape.

Shuaib is an architectural influencer and visionary who has been highly successful at identifying emerging trends in the market and in adapting his firm’s approach to meet its client’s ever-changing needs.

As a design principal, Shuaib was an instrumental force in bringing Pace to the twenty-first century, spearheading the firm’s transformation into a contemporary multidisciplinary consultancy firm that influenced the urban planning and development in the region as a whole.

Furthermore, with his technical and integrated expertise spanning a wide range of sectors including master- planning, property, and infrastructure, Shuaib has delivered and is currently overseeing a plethora of significant projects of varying functions and magnitudes, both locally and overseas, for both public and private sector clients.

According to his clients and co-workers, Shuaib strives to ensure that every aspect of these projects seamlessly maintained the highest standards in terms of design, quality, timely delivery, safety, value, and cost-effectiveness.

Under his mentorship, Pace’s team is always encouraged to reflect and speculate to become well-practised problem solvers.

With the past couple of years being transformative for the construction industry because of the pandemic, Shuaib managed to sustain business continuity by remaining flexible, adaptive, and dynamic at all times, in order to meet the ever-changing needs of the market and clients.

He succeeded in maintaining a steady momentum of his ongoing internal transformation to promote greater operational efficiency and better results, as well as actively pursuing further new technologies and innovations.

Another big part of his achievements is expanding Pace’s operations both in Kuwait and internationally, with three full-fledged offices across the GCC including our headquarters in Kuwait and two regional offices – one in KSA and another in Bahrain – overseeing the firm’s work in planning, property and infrastructure across the Middle East, Africa, and Asia.

The internationally award-winning project is the largest construction package of the entire development and entails the construction of seven buildings that mark the City’s main entrance and gateway, situated on a 55,085sqm plot, with a total built- up area of 318,867sqm (worth USD 630 million).

While in the health sector, Shuaib delivered/oversaw some of the region’s most prominent healthcare facilities including the Jahra medical city (valued at USD 1.18 billion) and the New Maternity Hospital, among several others. 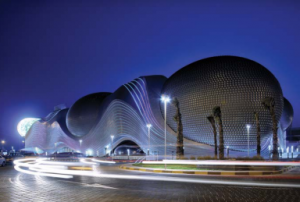 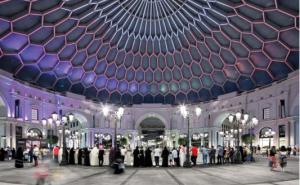 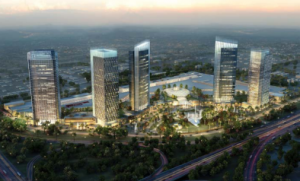