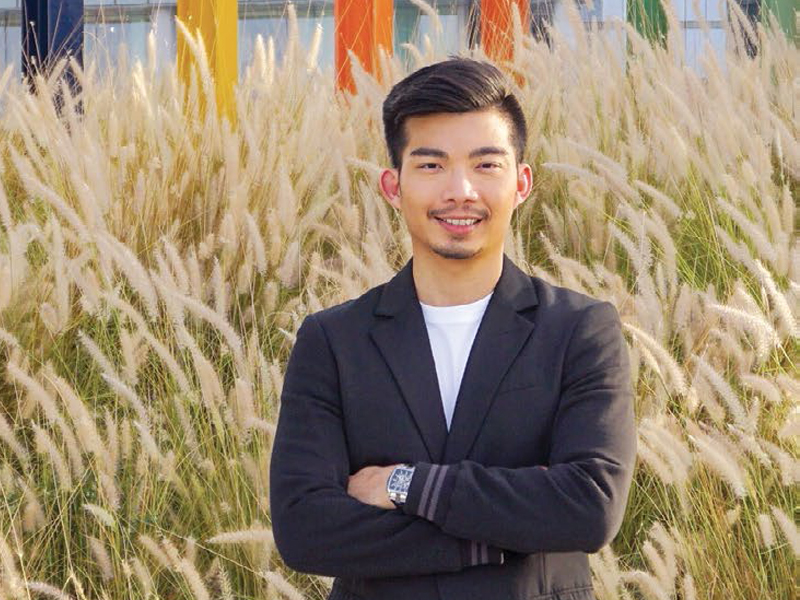 Ernesto Alarilla Jr. is a multi-dis ciplinary architect with over 11 years of experience in archi tecture and interior design. Earning his education with flying colours from the Univer sity of Santo Tomas in Manila, he trained afterwards under the tutelage of renowned modernist Filipino architect Ed Calma. He has worked on a number of minimalist luxury residences and hospitality projects in The Philippines and Asia.

This provided him with a solid foundation in design and construction, which led him to explore his creative limits rooted in materiality and spatial quality.

He broadened his experience by moving to the Middle East, successfully delivering 100+ commercial projects to date. He is currently the Key Concept design manager; he also established the design department in 2014, by forming the creative arm of the fit-out company. In 2016, the company shifted its focus to design consultancy, which led to collaboration with Gulf-based brands such as Falla, Origami, Zero Fat, and Huna. Whites KSA, Accor, Emaar, and several KSA government entities are among the company’s notable clients. Ernesto’s formative years as a young painter taught him to be hyper-aware of his surroundings and to use artistic freedom to express his own interpretation of a subject.

His inspiration comes from the realms of low and high-brow cultural dialogues, as he is naturally inclined to the visual and performing arts. He believes that creation and design should be emotionally charged in varying degrees. Driven by his culturally immersive travels, his design comes from a place of recollection and imagination.

He is truly passionate in seeking to challenge the perception of the norm. Ernesto is committed to producing and executing a holistic design that will linger in the mind and inspire a new way of thinking about human connection with the built environment.