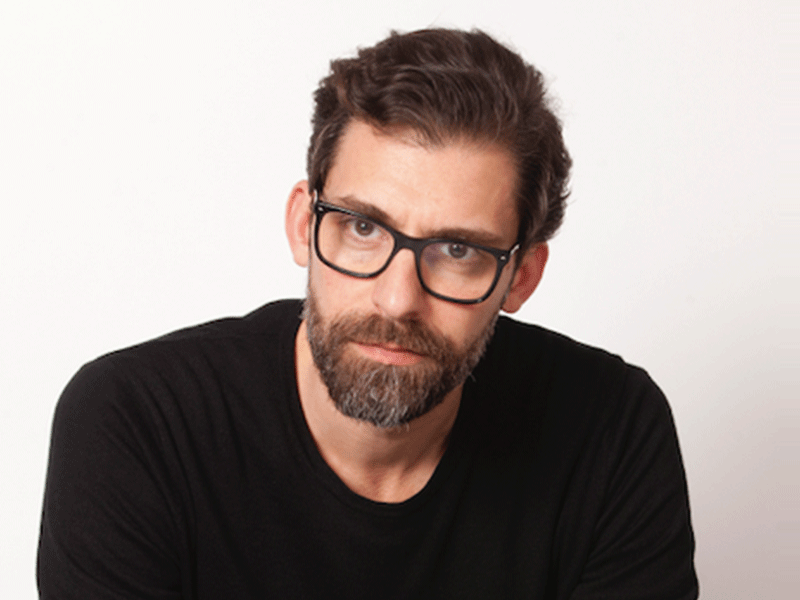 Rabih Geha is the founder of Rabih Geha Architects, an award-winning firm. Croatian descent, Geha is well aware of the architect’s mission that is to create with intent and rebuild where Of Lebanese and U+A others have destroyed. Geha has learned to draw inspiration from a trifecta of brand, space, and individual, to marry the intuitive and the learned, the imaginary and the rational, after 15 years of practice in this industry.

Below: WEARETHEPEOPLE Aishti Seaside in Lebanon, designed by Rabih Geha Architects, is a retail space decked out in candy-striped pink and black cylinders and distinguished by the intersection of a conceptual grid placed on the eye-catching floor.

In the last few years, Geha’s practice has grown to Nigeria, the UAE, Saudi Arabia, Qatar, and the United States, landing him on top designer lists in the Middle East and participating in numerous conferences and jury committees for design awards.

His projects have been featured in books such as Frame Night Fever, Andrew Martin Interior Design Review, La Boite de Nuit, Brand Life Restaurants and Bars. His projects span a wide range of industries and include collaborations with hospitality groups such as Gastronomica, 7 Management, Adara, and Advanced Food Company in the GCC and the United States.

Geha holds a B.A. in Architecture from the American University of Beirut and earned his master’s degree from a French design school called the École Nationale Supérieure de Création Industrielle located in Paris. In 2006, Geha launched an experiment-driven and research-oriented workshop at l’Académie Libanaise des Beaux-Arts where he mentors Lebanon’s next generation of interior architects. He worked with Rudy Ricciotti in Marseilles and French architect Odile Decq in Paris before returning to Beirut.

Geha lives in Beirut with his wife and partner Ghida, and their two children.