Preciosa stuns with shell installation at Atlantis, The Palm 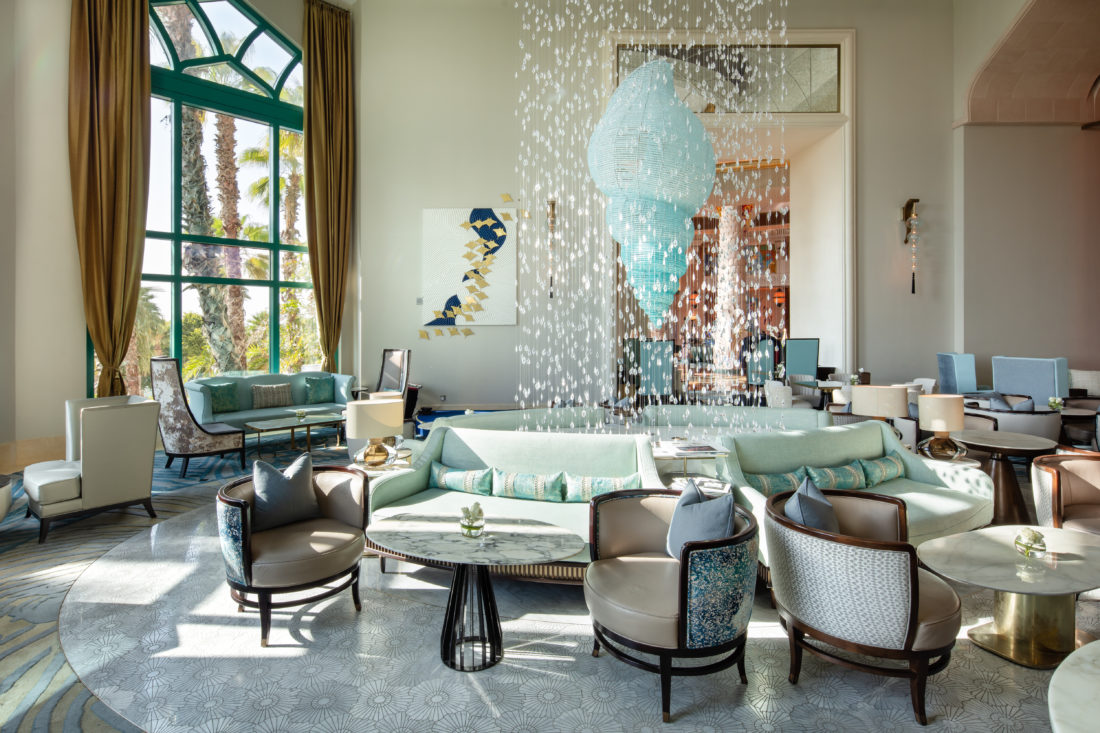 Atlantis, The Palm located on the Arabian Gulf and with views to the Dubai skyline, underwent a refurbishment under the creative eye of HBA Dubai. Preciosa Lighting was closely involved; creating lighting for seven different spaces throughout the large property.

The spiralling shell located in Plato’s Coffee & Tea Lounge is unmissable. Inspired from the sea, the installation  is designed by Preciosa designer Petr Kořínek in collaboration with HBA Dubai.

“The biggest challenge for me was to find a technical solution which would work in this case,” said Mr. Kořínek. 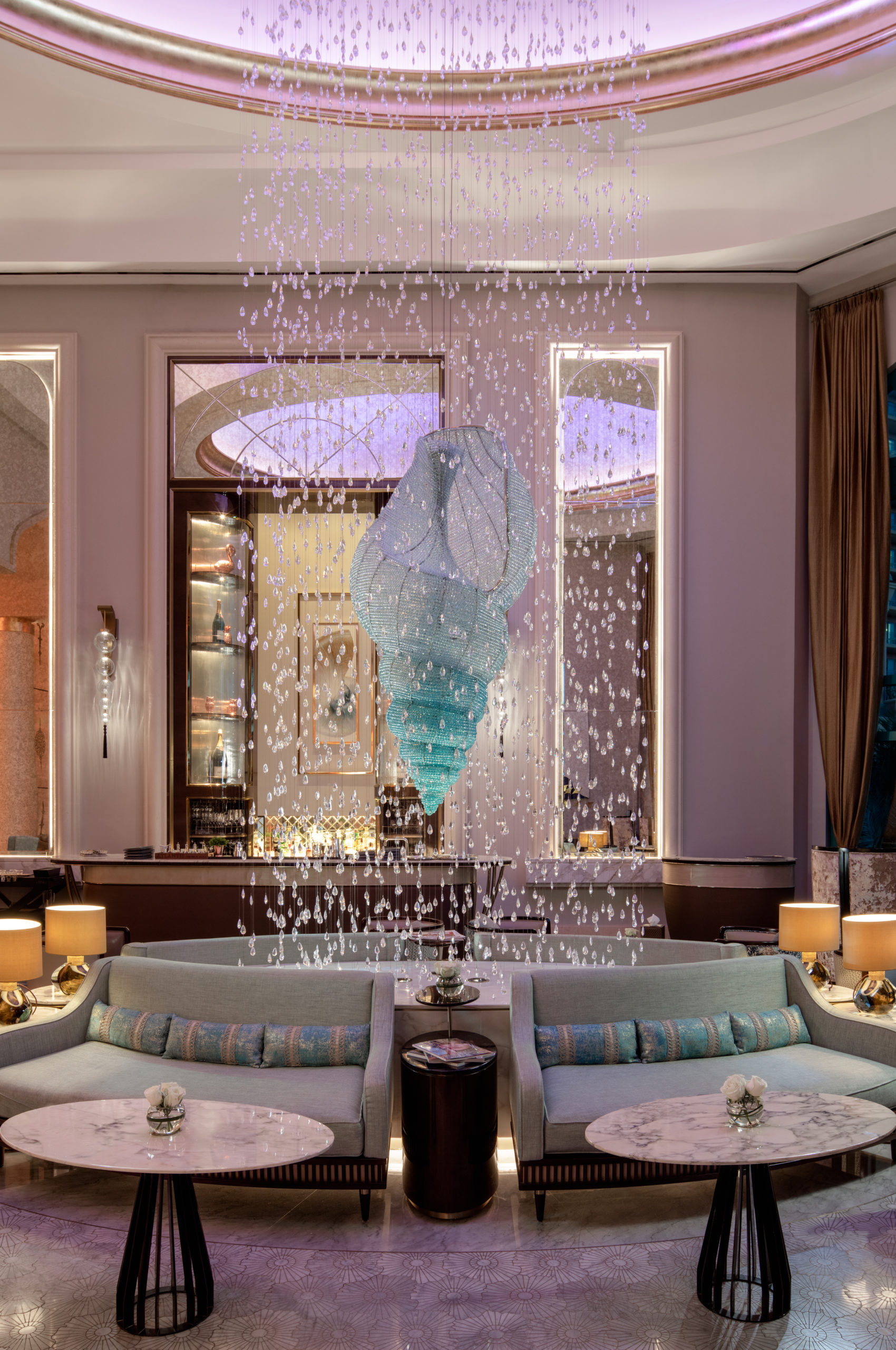 “My intent was to show the pure beauty of a shell which everyone recognises from nature. Our team was able to solve the most crucial aspect so the metal frame is almost invisible, which was important to the client,” added Kořínek.

The chandelier is comprised of approximately 35,000 cut beads in three shades of blue. To create the illusion of being underwater, about 4500 almond trimmings on 180 hanging points float around the shell.

Preciosa took a number of unexpected design decisions when creating this light. The skeleton of the chandelier was shaped manually, making it a true original. The shell itself is atypical; due to its internal spiral created to make the body as thick as possible. When producing the shell, the inside layer of beads was done first, followed by the second outer layer.

Kořínek explained: “Such a design is much more complicated for production than the typical chandelier we are asked to design. We are really lucky to have so many skilled workers here in Preciosa–not every company would be able to create and build such a 3D shaped shell fixture.”

Why you need to visit IKEA Jebel Ali!