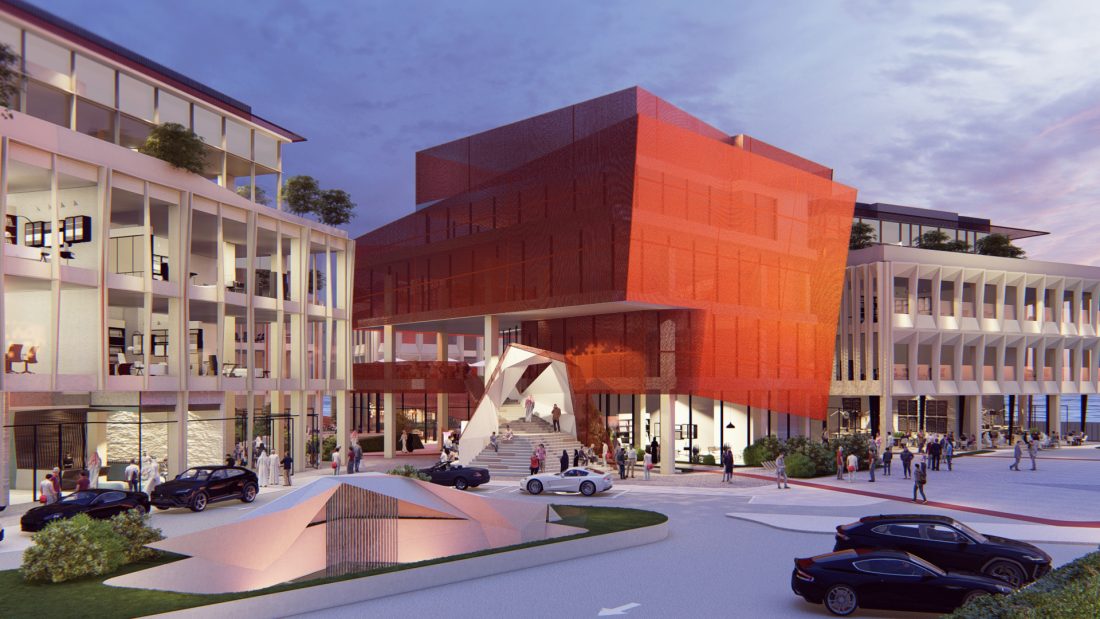 RMJM Dubai was appointed as a lead architect for the Meydan project – an interconnected office park located in an upcoming area of Riyadh, Saudi Arabia.

Following the client’s directions and ambitious vision, RMJM focussed on creating a venue to attract top talent and become a popular entrepreneurial hub. A place that grows and evolves with the times, changing from day to night, from season to season.

The master plan was developed based on many factors such as the workplace environment, its adaptability, accessibility, and sustainability. The studio produced three distinct densities of façades for each office building, based on their understanding of the site context and solar studies. The idea was to simply “pull out” one side of the façade so that each model may cast a shadow on its own face. Each building’s corners have rounded edges, symbolising the continuous and seamless nature of the building’s core business functions.

Each building will have a distinct characteristic corresponding to the four seasons following the landscape concept. The rooftops talk back to the programming of the project. They provide a chance to have office spaces closely connected to the landscape, so the team treated it as such, with a green edge all around with space between for seating outside. The spaces between some buildings are deliberately kept narrow, to reflect the best examples of cities that have incredible life on narrow streets. The studio team saw this as an opportunity to bring F&B that could express itself with such character, the shaded nature of these spaces giving a chance to use outdoor dining nearly all year round.

An infinity park was designed to welcome the visitors with a sculpted statement gate, an infinity mirrored boundary walkway, ‘Instagrammable’ components and a generous amount of relaxed seating furniture. The team studied the sun path carefully and created mounds and berms with trees at the crests. 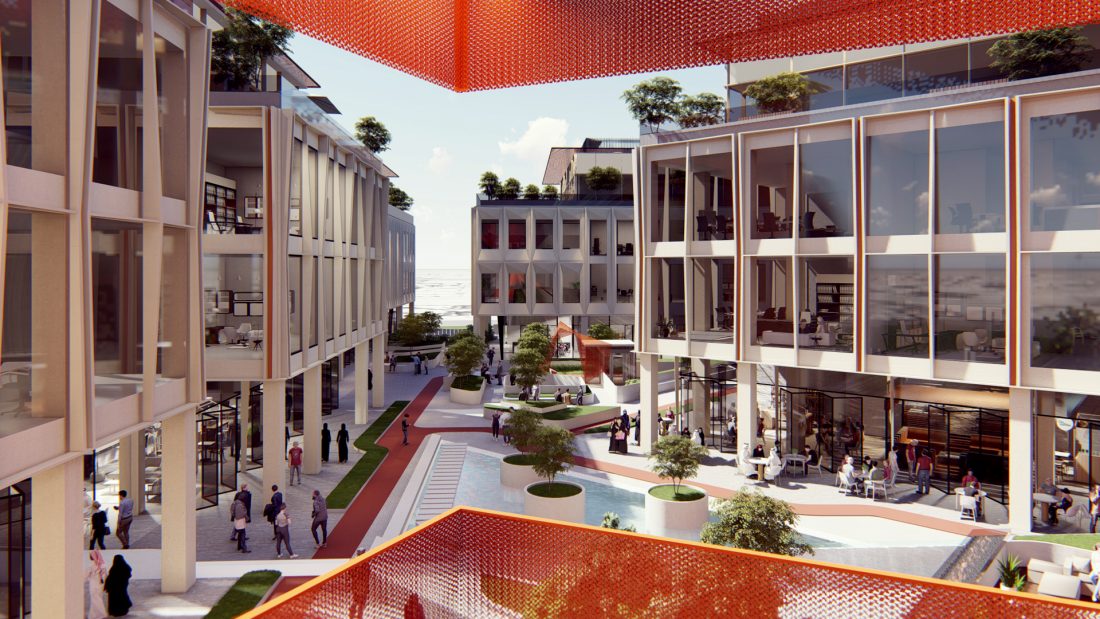 “To make the development truly unique and outstanding, we have developed a cultural speciality – “Arabic headscarf” as our key design concept. Our design approach was based on studying and converting the cultural symbols into contemporary architectural language and designing them in different scales to celebrate the local legacy within the development through the façade pattern, artwork, ID, signage, etc. As a result, the project has a bespoke look and feel even though we have specified the standard materials.”, – said Yasuko Kobayashi, associate director, RMJM Dubai.

The park also embraces the concept of the seasons by hosting flowering trees and flora that change through the year. The buildings with a shaded entry are known as Winter; the ones that face the south sun represent Summer; those around the landscaped courtyard are Spring, and those that experience a mix of the sun and shade are Autumn. The basement plan included voids that were cut to bring ambient sunlight, greenery and even a water feature down two levels, opening the basements to the experiences above. With the landscape design also moving down vertically, the basement areas become a continuation of the seasons above. The gaps are also connected vertically by a woven mesh element, which creates a fluid visual transition from the basement to the ground level landscape.

The unique master plan and the detailed designs proposal show the uniqueness that RMJM Dubai takes care to incorporate in each of the designs and projects they create.

INDEX returns In May 2022 with all-new events and forums