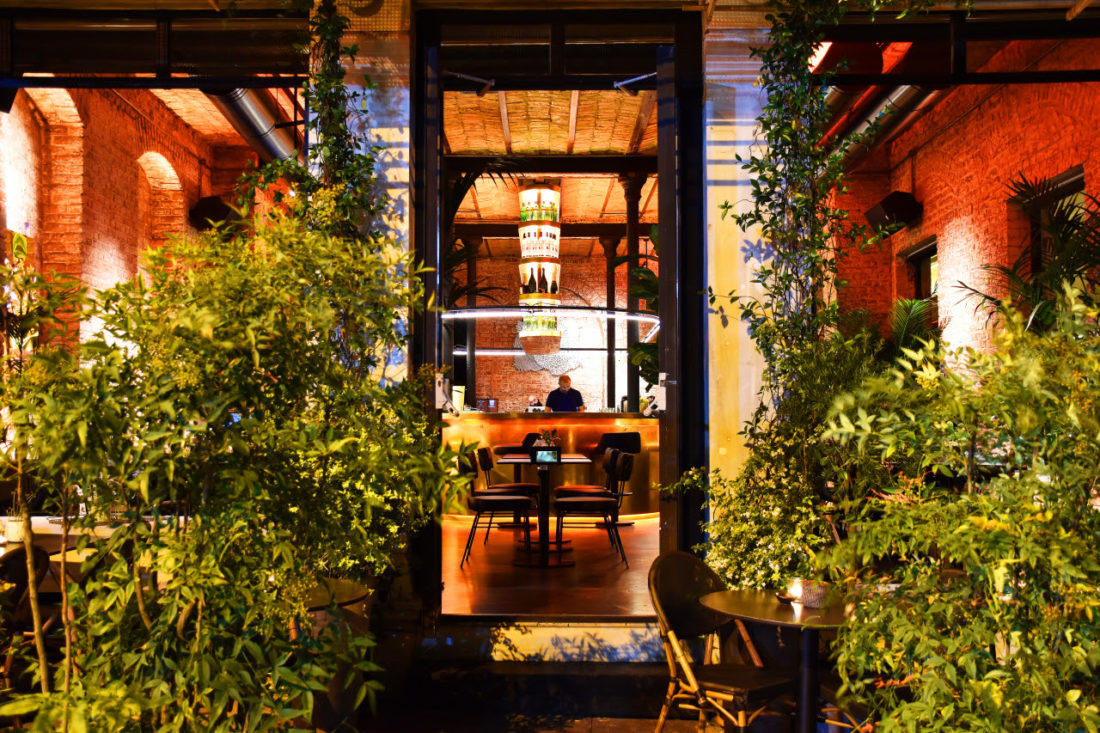 Loco de Pera is located on the ground floor of Passage de Petit Champs which is a mixed-use passage built in the 19th-century in Istanbul’s Pera district. Space was redesigned by Tabanlıoğlu Architects in accordance with the restaurant/bar function. The main purpose of the renovation was to create a modern, remarkable, and inspiring atmosphere whilst preserving the spirit of the space. The historic texture, such as the brick arch ceiling and brick walls are restored in accordance with this intention. The striking bar covered with satin gold stainless steel and other modern interior design elements gave the opportunity for integration of historical texture with the modern times. With the contribution of the lighting design by ZKLD Studio; Loco de Pera offers a warm and elegant atmosphere yet blending new and old.

The main objective of Loco de Pera’s lighting design concept was to create stunning and inviting visuals that blends with the architectural characteristics of the space. The first decision was related to light colour temperatures. For all effect lightings, colour temperature was selected as 2200K to highlight the natural red brick material of the space and also to create a serene and cozy ambiance. 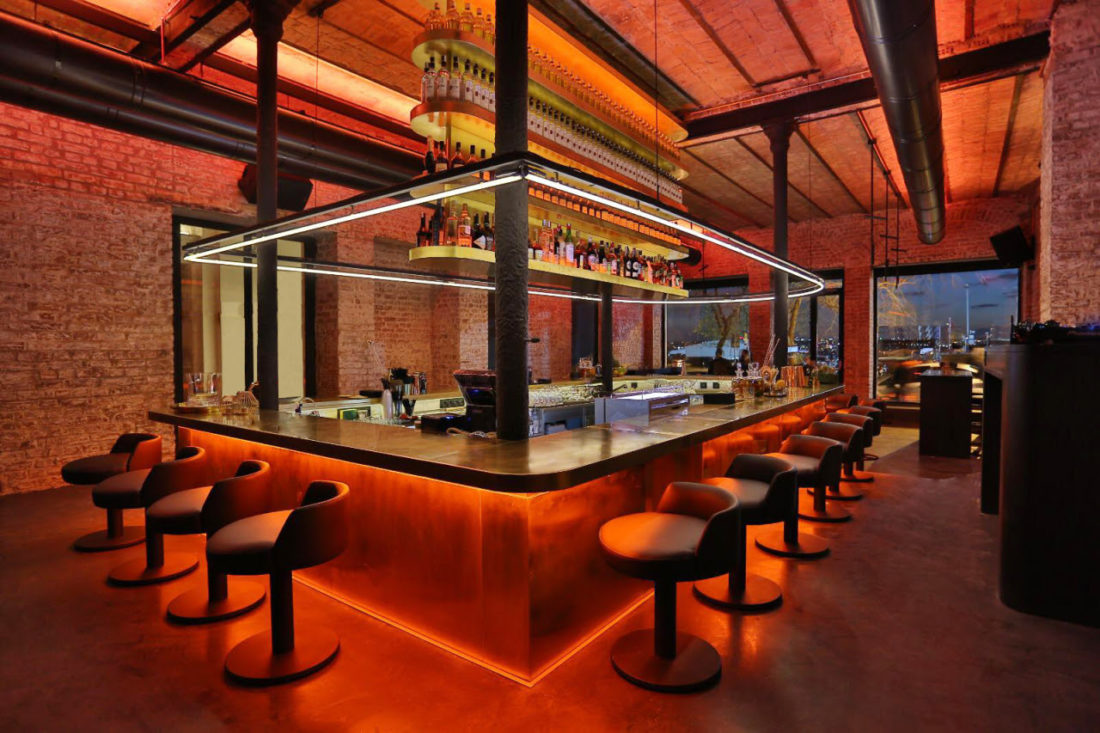 Firstly; for general lighting, the main design parameter was to be able to serve proper light to two integrated functions of the space: dining/lounge. For these functions, there are different requirements in terms of the quantity and quality of light. Therefore lighting design was intended to be controllable to make the dimmed or dramatically lit atmospheres possible. According to this, general lighting had been constituted with controllable custom made luminaries with two adjustable spotlights.

For the effect lighting; the first architectural element that took into consideration was the arched ceiling. In order to emphasise the arched natural brick material of the ceiling, linear luminaries with aluminium profiles were placed on the custom made trays added above the ventilation channels passing through the right and left axes of the space. Thanks to these light strips, the structure and the historical texture of the ceiling had been brought to the fore and a sense of depth had been generated. The light strips that are lit in 2200K on normal days were selected as RGBW to serve various special days and organisations. Considering the different show and scenario requirements and variable artificial light usage due to the changing daylight levels at various times of the year; -just like the entire lighting system- they were designed as DMX controllable. Except this, the arches on the walls were the other historical elements which were desired to put forward. They were lit with ground recessed amber coloured LED spotlights placed into niches. 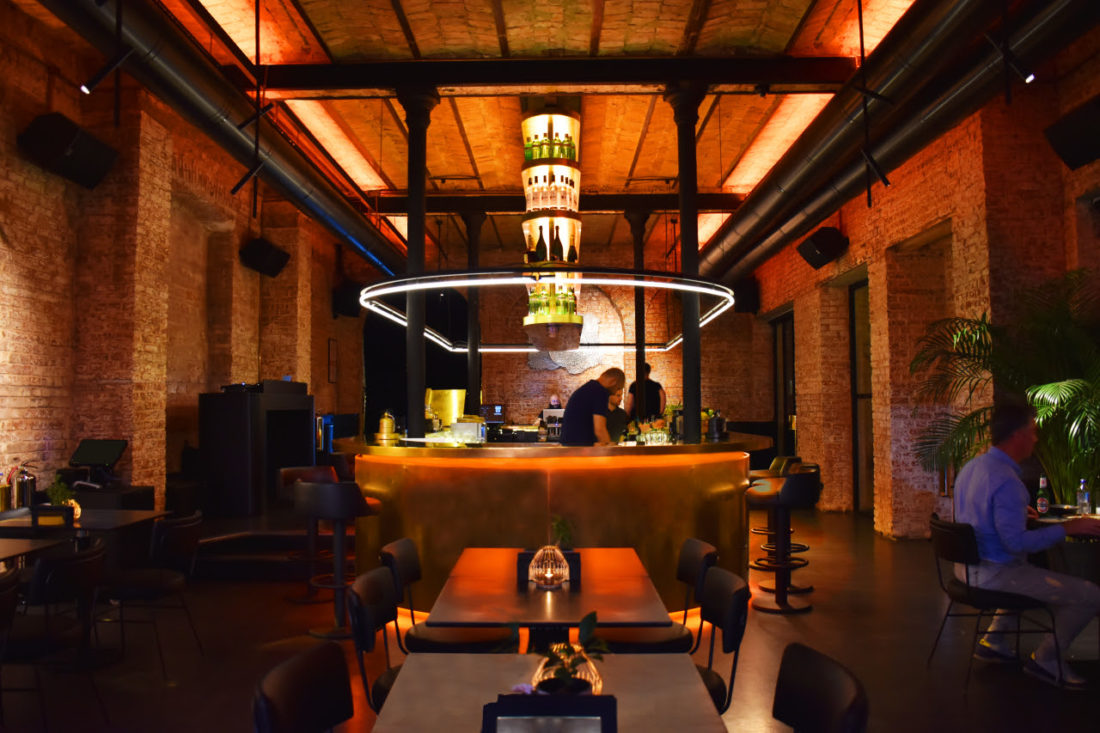 Satin gold stainless steel covered bar was the other architectural element that ZKLD focussed on. To emphasise the bar without any undesired glare effects, indirect lighting was used just like in every other lighting detail of the bar area.

Loco de Pera is turned into an area that blends day and night, new and old, past and modern times and thanks to its responsive lighting design it welcomes the visitors and invites them to be a part of this eye catching but also serene atmosphere.

Look up to the ceiling!