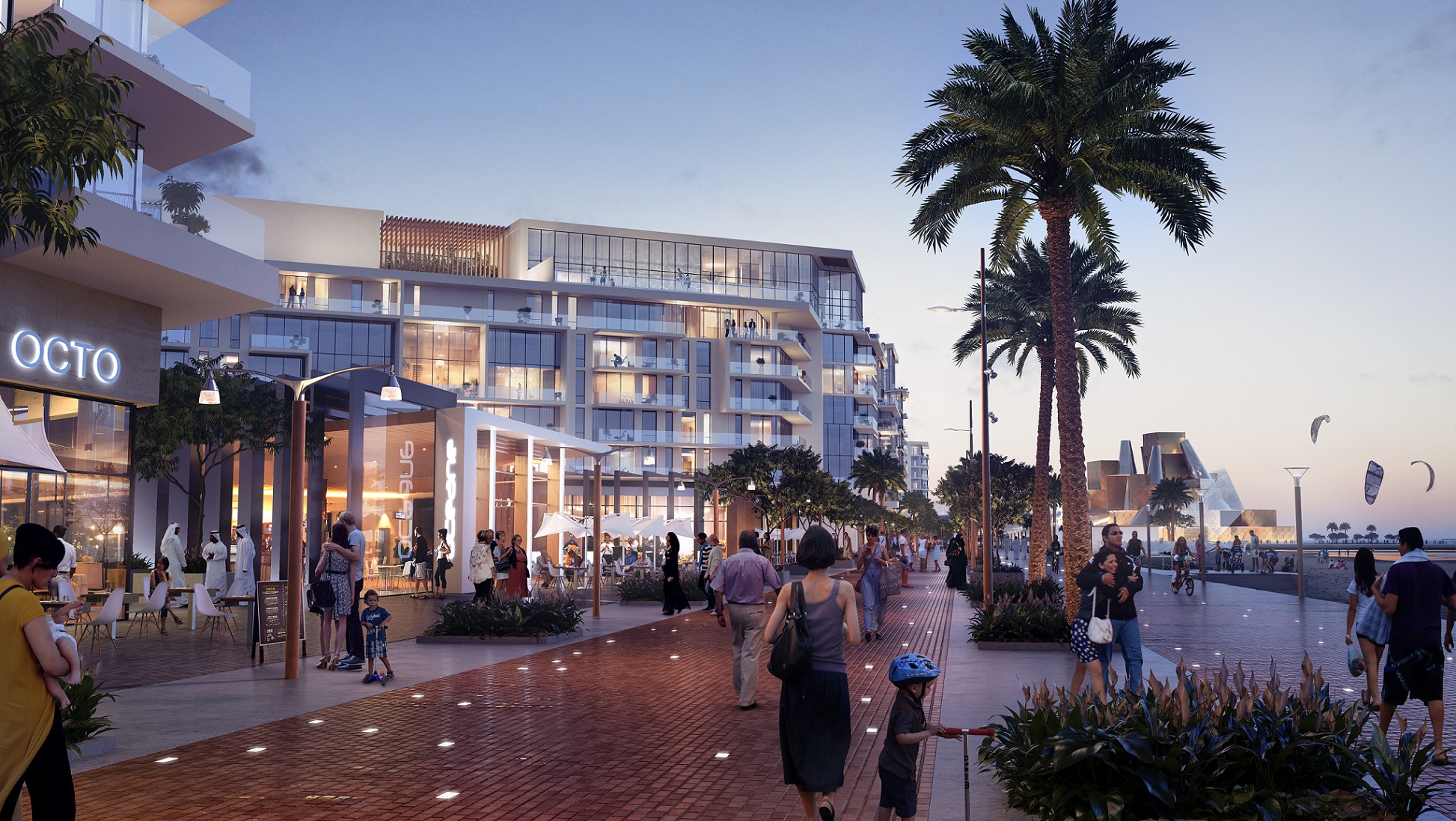 With three plots, consisting of nine residential towers, and one plot, consisting of a beach promenade which overlooks the waters of the Arabian Gulf, Mamsha Al Saadiyat evokes the crisp, clean architecture of the iconic Miami Beach in its design. Located in the Cultural District of Saadiyat Island, properties are only a short distance from the Louvre Abu Dhabi, as well as the future sites of the Guggenheim Museum Abu Dhabi and the Zayed National Museum. A range of dining, entertainment, and retail outlets are available along with the signature element of the project, a 1.4km promenade that stretches along the shoreline of Saadiyat Island.

Matthew Tribe, executive director at CRTKL, commented: “Mamsha Al Saadiyat has been a fascinating project to work on, from the initial conception of the project to its eventual completion. We sought to create a development that provided its residents with much more than a place to live, and made use of the superlative global arts and culture scene available on Saadiyat Island as well as the backdrop of the Arabian Gulf to provide a home quite unlike any other.”

Throughout the development of the project, CRTKL undertook multiple rounds of energy modelling, alongside studies of sustainability and materiality, to ensure that Mamsha Al Saadiyat is as energy efficient as possible in its development. In consequence, Mamsha Al Saadiyat received a 2 Pearl accreditation from the Abu Dhabi Urban Planning Council’s sustainability rating, Estidama.

CRTKL’s teams developed the respective locations of each of the buildings in Mamsha Al Saadiyat to be responsive to local climate conditions, and undertook a range of assessments throughout the design stage to ensure strong views of the Arabian Gulf and Saadiyat Island’s cultural district. Early works commenced in 2015, with main works commencing in 2016. Construction works on Mamsha Al Saadiyat concluded in June 2020, with the first residents of the development moving in shortly thereafter.