Design has a new ‘Address’ 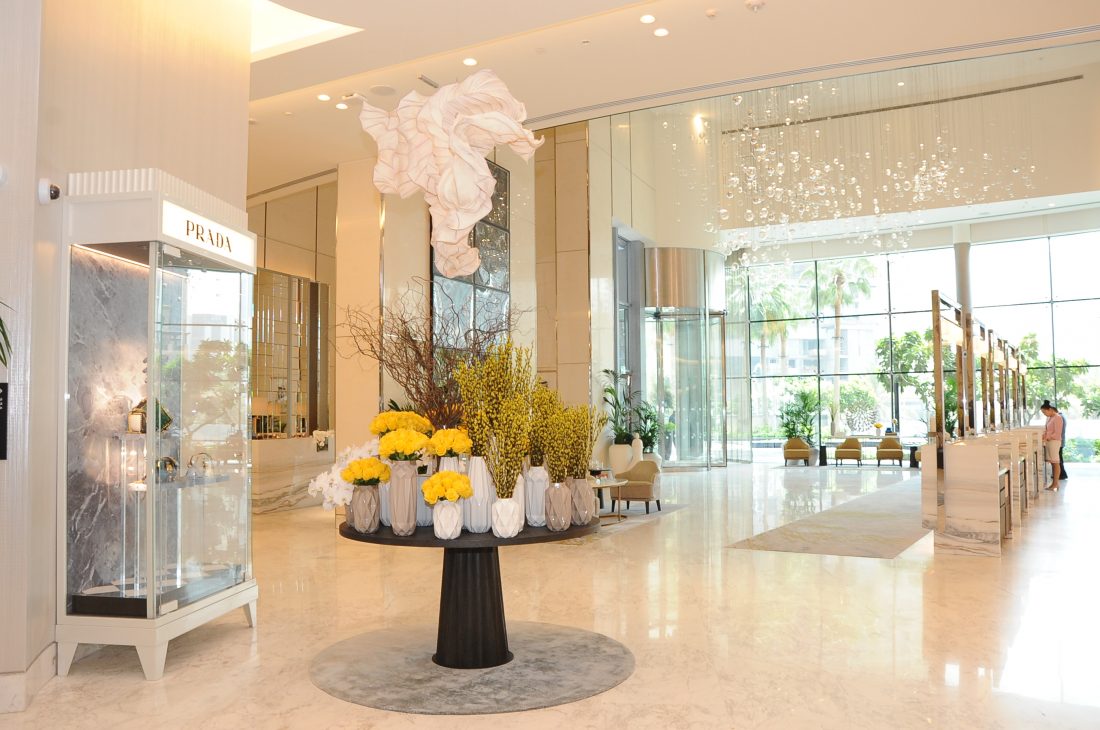 One of the biggest landmark properties in Dubai, Address Downtown has reopened after an exhaustive, nearly three years of renovation works caused by a fire on New Year’s Eve in 2015. Towering high at 302m across 63 levels, Address Downtown by Emaar Hospitality Group looks stunning from all the quarters of the property. The interiors strike a right chord between the old and the new, with modern marble interiors, without losing the Arabesque touches and key the USPs that Address Downtown was known for.

Caroline-Jane Houston, general manager, Address Downtown shares: “We worked with world-leading designers and O consultants to ensure that the restored version of Address Downtown has a timeless appeal that upholds the brand’s distinctive positioning of ‘where life happens’.”The hotel lobby is full of fine architectural details, brilliant artworks, butterfly installations, and hand-crafted décor accessories. The hotel’s spectacular lobby evokes is a real mix between stunning white pillars, floor-to-ceiling glass windows and comfortable furnishings. “We decided to partner with exceptional artists from around the world to add elegant and inspirational elements to the hotel’s design. The ethos of the hotel’s interiors is lifestyle luxury, blending opulent materials like patterned Italian marble fixtures with lifestyle installations such as the three synthetic glass butterflies by Stephen Stefanou that hang above the stairway leading to The Restaurant,” explains Houston.

The subtle and muted tones can be seen across the property in various humble shades. Rooms are spacious and connect with the overall theme of the property; one of the stunning rooms available at the hotel is the Signature Spa Suite Fountain View, opening to spectacular views of the skyline with a huge balcony. Houston says: “To maintain the popularity of the property, we have taken great consideration in the guest journey, from the mood lighting in the rooms to the movement of the environments, making the areas more easily accessible and more lifestyle in approach.” The Restaurant at Address Downtown is designed in the style of an avant-garde French apartment with inspired spaces from the living room to the kitchen concept. Another beautifully curated restaurant is the STK, an ingenious interpretation of an American steakhouse in the form of a chic, contemporary lounge. There’s an uber cool place called Neos, it’s an ultra-luxury lounge on level 63, assuring guests a never-before ambience.

One cannot keep the eyes off the very sophisticated looking The Spa with breathtaking views. It has nine treatment rooms, a hammam, steam rooms, and relaxation areas as well. Houston who has been part of the initial opening team in 2009 exactly knew how to maintain the essence of the property. Houston shares: “We have modernised whilst maintaining familiarly, and this has been done by pulling in those inimitable initiatives that have made Address Downtown so special. The signature scent is one of the touch points that remains as before, as well as keeping popular areas like the Cigar Lounge, Zeta, and Neos. Having been part of the initial opening team in 2009, I have been able to help blend the areas of the property that worked well before, whilst looking at some that required improvement. We have also added some British influences as well, including our beautiful bespoke collection of Wedgwood bone china and the team uniforms, which we call styles, that are based on British icons.”

Here’s the design tour of the magnificent Address Downtown: