HRH Crown Prince Mohammed bin Salman announces designs for ‘THE LINE’, the city of the future in NEOM 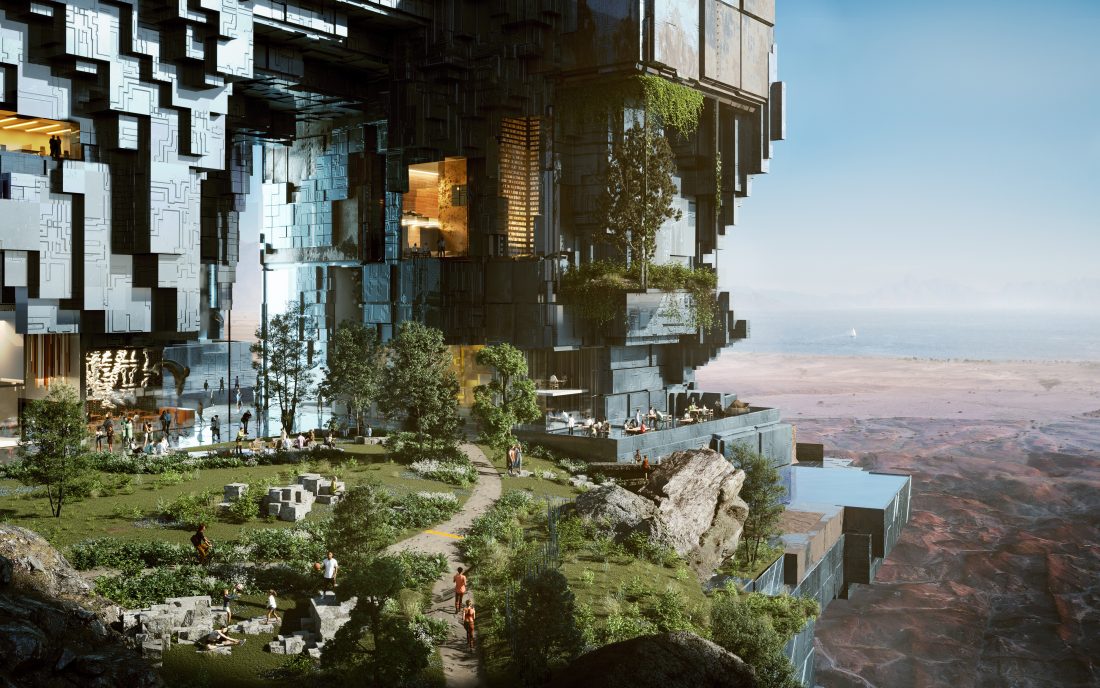 His Royal Highness Mohammed bin Salman, Crown Prince and Chairman of the NEOM Board of Directors, announced the designs of THE LINE, a civilisational revolution that puts humans first, providing an unprecedented urban living experience while preserving the surrounding nature. In January last year, His Royal Highness launched the initial idea and vision of the city that redefines the concept of urban development and what cities of the future should look like.

The designs of THE LINE embody how urban communities will be in the future in an environment free from roads, cars and emissions. It will run on 100% renewable energy and prioritise people’s health and well-being over transportation and infrastructure as in traditional cities. It puts nature ahead of development and will contribute to preserving 95% of NEOM’s land.

NEOM is an accelerator of human progress and a vision of what a New Future might look like. It is a region in northwest Saudi Arabia on the Red Sea being built from the ground up as a living laboratory – a place where entrepreneurship will chart the course for this New Future. It will be a destination and a home for people who dream big and want to be part of building a new model for exceptional livability, creating thriving businesses, and reinventing environmental conservation

The announcement reveals the most important characteristics of THE LINE, which is only 200 meters wide, 170 kilometers long and 500 meters above sea level. THE LINE will eventually accommodate 9 million residents and will be built on a footprint of 34 square kilometers, which is unheard of when compared to other cities of similar capacity. This in turn will reduce the infrastructure footprint and create never-before-seen efficiencies in city functions. Its ideal climate all year round will ensure that residents can enjoy surrounding nature when walking around. Residents will also have access to all facilities in THE LINE within a five-minute walk, in addition to a high-speed rail with an end-to-end transit of 20 minutes. 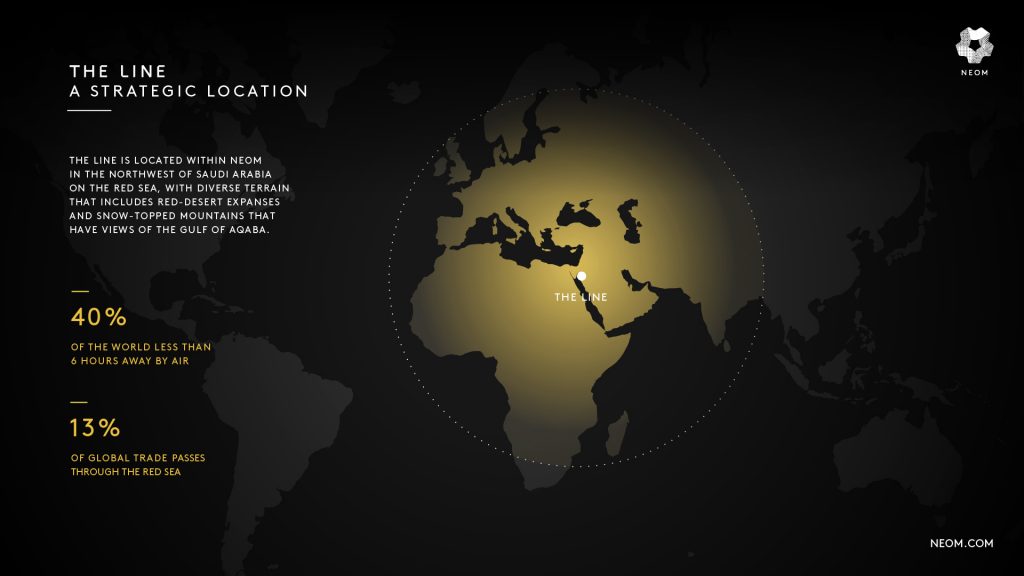 HRH Crown Prince Mohammed bin Salman said, “At THE LINE’s launch last year, we committed to a civilizational revolution that puts humans first based on a radical change in urban planning. The designs revealed today for the city’s vertically layered communities will challenge the traditional flat, horizontal cities and create a model for nature preservation and enhanced human livability. THE LINE will tackle the challenges facing humanity in urban life today and will shine a light on alternative ways to live.”

HRH added: “We cannot ignore the livability and environmental crises facing our world’s cities, and NEOM is at the forefront of delivering new and imaginative solutions to address these issues. NEOM is leading a team of the brightest minds in architecture, engineering and construction to make the idea of building upwards a reality.”

HRH continued: “NEOM will be a place for all people from across the globe to make their mark on the world in creative and innovative ways. NEOM remains one of the most important projects of Saudi Vision 2030, and our commitment to delivering THE LINE on behalf of the nation remains resolute.”

THE LINE offers a new approach to urban design: The idea of layering city functions vertically while giving people the possibility of moving seamlessly in three dimensions (up, down or across) to access them is a concept referred to as Zero Gravity Urbanism. Different from just tall buildings, this concept layers public parks and pedestrian areas, schools, homes and places for work, so that one can move effortlessly to reach all daily needs within five minutes.

THE LINE will have an outer mirror facade that will provide its unique character and allow even its small footprint to blend with nature, while the interior will be built to create extraordinary experiences and magical moments. It will be created by a team of world-renowned architects and engineers, led by NEOM, to develop this revolutionary concept for the city of the future.

In order to change business as usual, the city’s design will be completely digitised, and the construction industrialised to a large degree by significantly advancing construction technologies and manufacturing processes. The announcement of THE LINE’s designs is a continuation of NEOM’s progress in the development of its flagship projects such as OXAGON, its reimagined manufacturing and innovation city; and TROJENA, its global mountain tourism destination that will offer the Arabian Gulf’s first outdoor skiing; as well as the launch of two of NEOM’s subsidiaries: ENOWA, its energy, water and hydrogen company; and the NEOM Tech & Digital Company.