In Pictures: New Limassol Terminal in Cyprus by irwinkritioti architecture 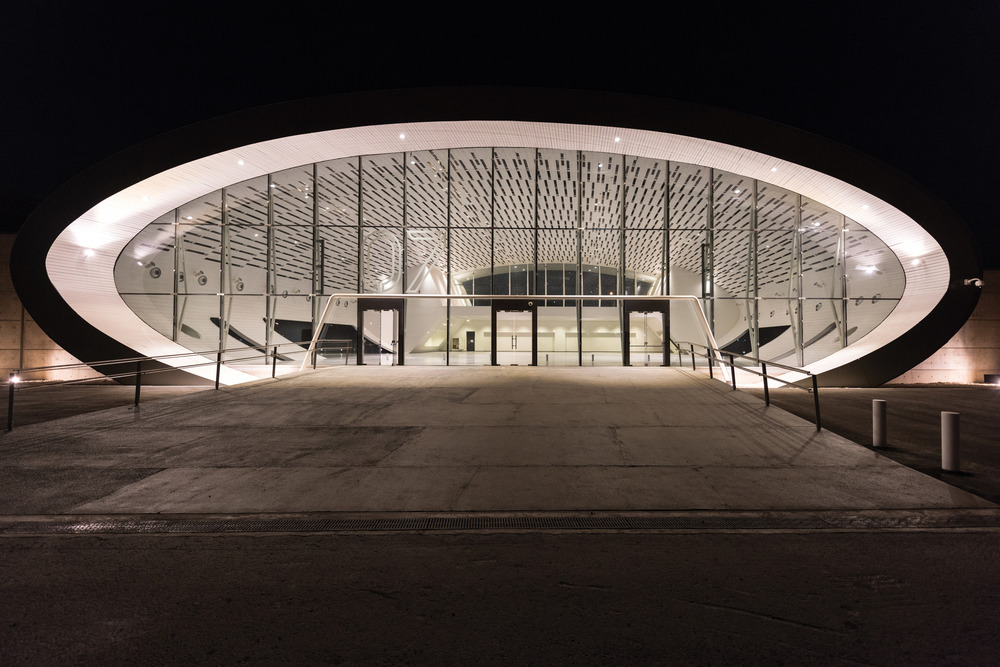 The new Limassol Terminal is the first purpose-built building for cruise ships on the island of Cyprus. Stretching 350m down the east pier as a series of elliptical shells, it replaces the old industrial shed which had provided basic services for many years. Irwin kritioti architecture was awarded the first prize in the competition set for the new building. The terminal was completed shortly before the global pandemic brought the cruise industry to a faltering halt. It re-opens this summer to welcome new passengers aboard for the 2021 season and take its position in the cruise itinerary of the Mediterranean. 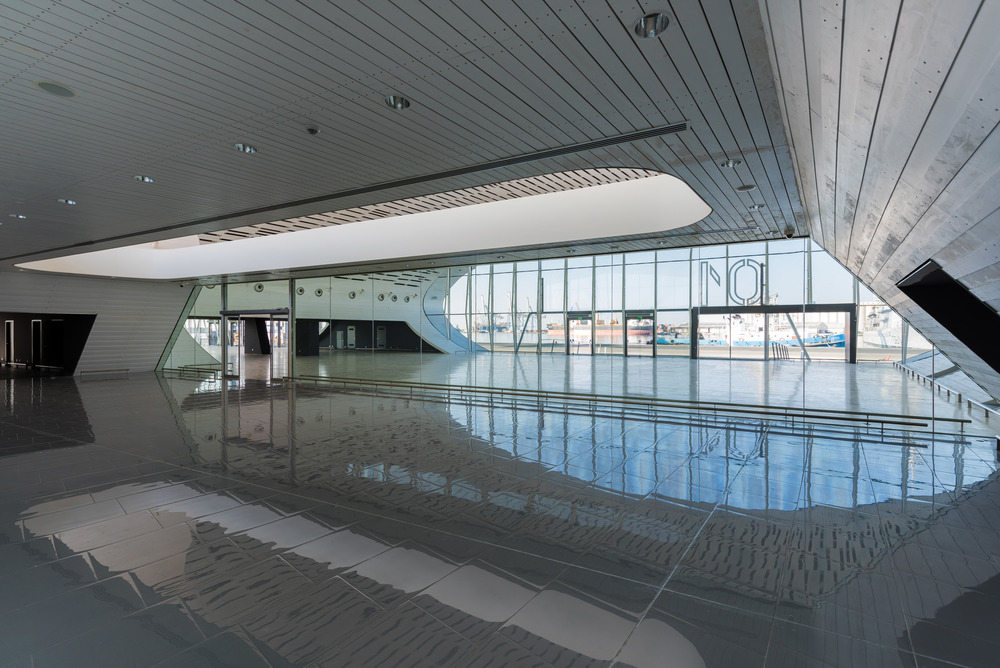 The harbor site for the terminal is located within the principal port of Cyprus- a busy multi-purpose facility. The main point of entry for the shipping containers that serve the island’s trade also provides a stopover for warships en route to the Levant, as well as serving as the docking point for the many cruise ships that tour the eastern Mediterranean. In this oversized industrial context, the new terminal required a strong visual identity, while also providing a place of calm for transient passengers. 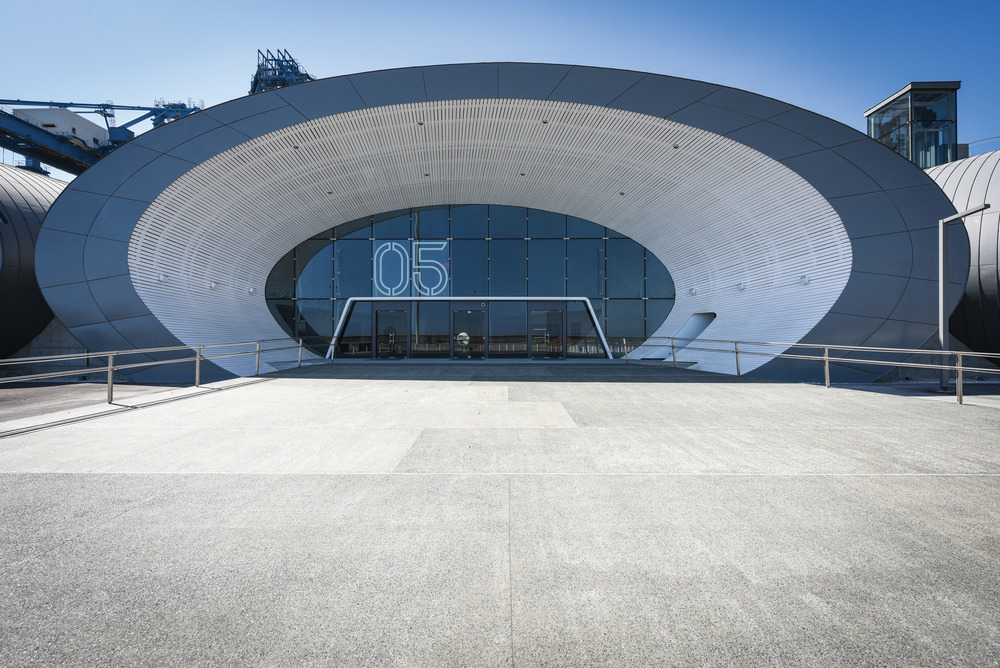 Approaching Cyprus by ship, the first view of the new building is the undulating roof of titanium zinc, whose aspect changes according to the time of day and the season. The linear scale and rounded forms of the terminal ensure that it stands distinct amongst the heavy ships and cranes that surround it. Disembarking, the passengers pass through ovoid halls, where walls and ceilings are replaced by a continuous wooden plank surface. These are animated by reflections of the sun and water from the huge portal windows and the polished floors. The white wooden board interiors refer to shipbuilding of the past, and provide a striking contrast with the darker ribbed metal of the exterior forms. Direct views from the dock to the harbour promote the linking of the land with the sea. For those who are not embarking on a voyage, this allows previously unseen views into the workings of the busy port. 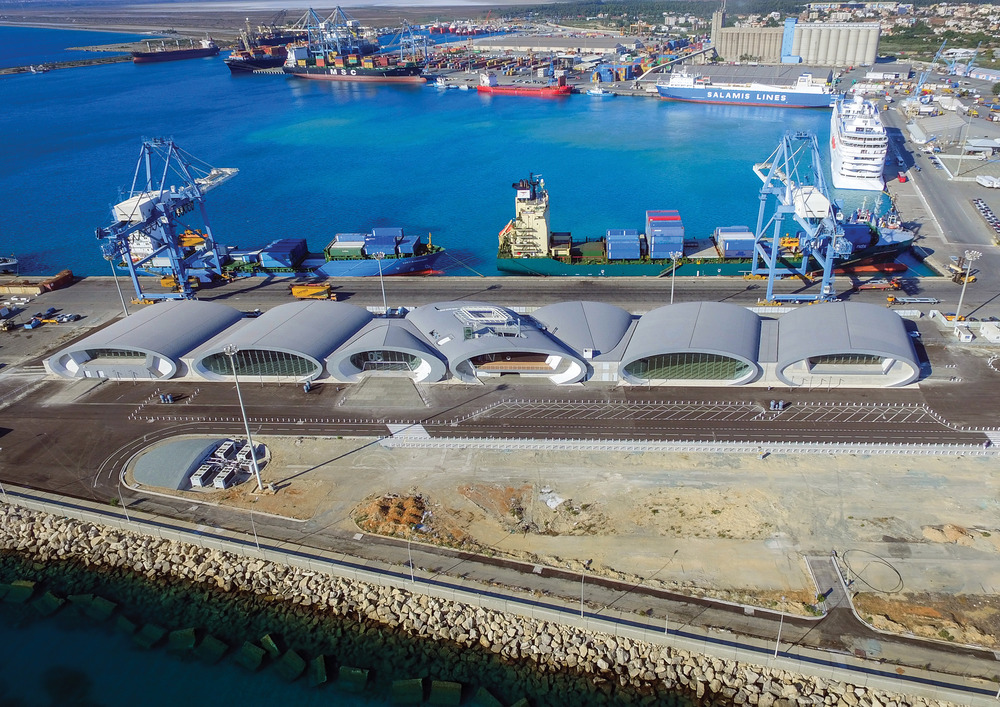 The terminal has a projected annual turnover of half a million passengers. Despite being a controlled border with all the necessary custom and security requirements, the building has managed to remain visually open & permeable. In doing so, it avoids the potential labyrinthine layouts and deep spaces that can occur in transit buildings. An early decision by the architects to simplify the brief into distinct operational shells, each connected to the outside view, allowed for a building which is simple to service and easy to navigate.

A further decision by the design team was to allow for alternative uses of the terminal spaces outside of the cruising season. Weddings, conferences, and exhibitions can be hosted for local audiences in the arrival halls, which would otherwise remain dormant in the off-season. A ‘Skybar” located on the roof welcomes non-travelers, as well as those on a cruise. As Limassol continues to expand west towards the port, the multi-use building provides a platform to integrate local city life with the dynamic activities of the harbour. 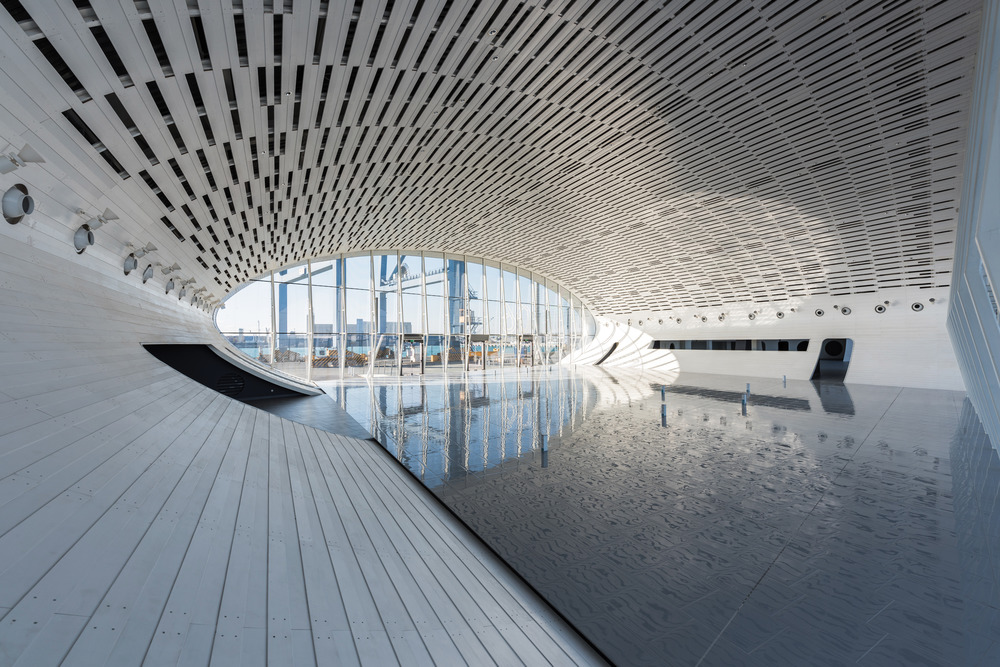