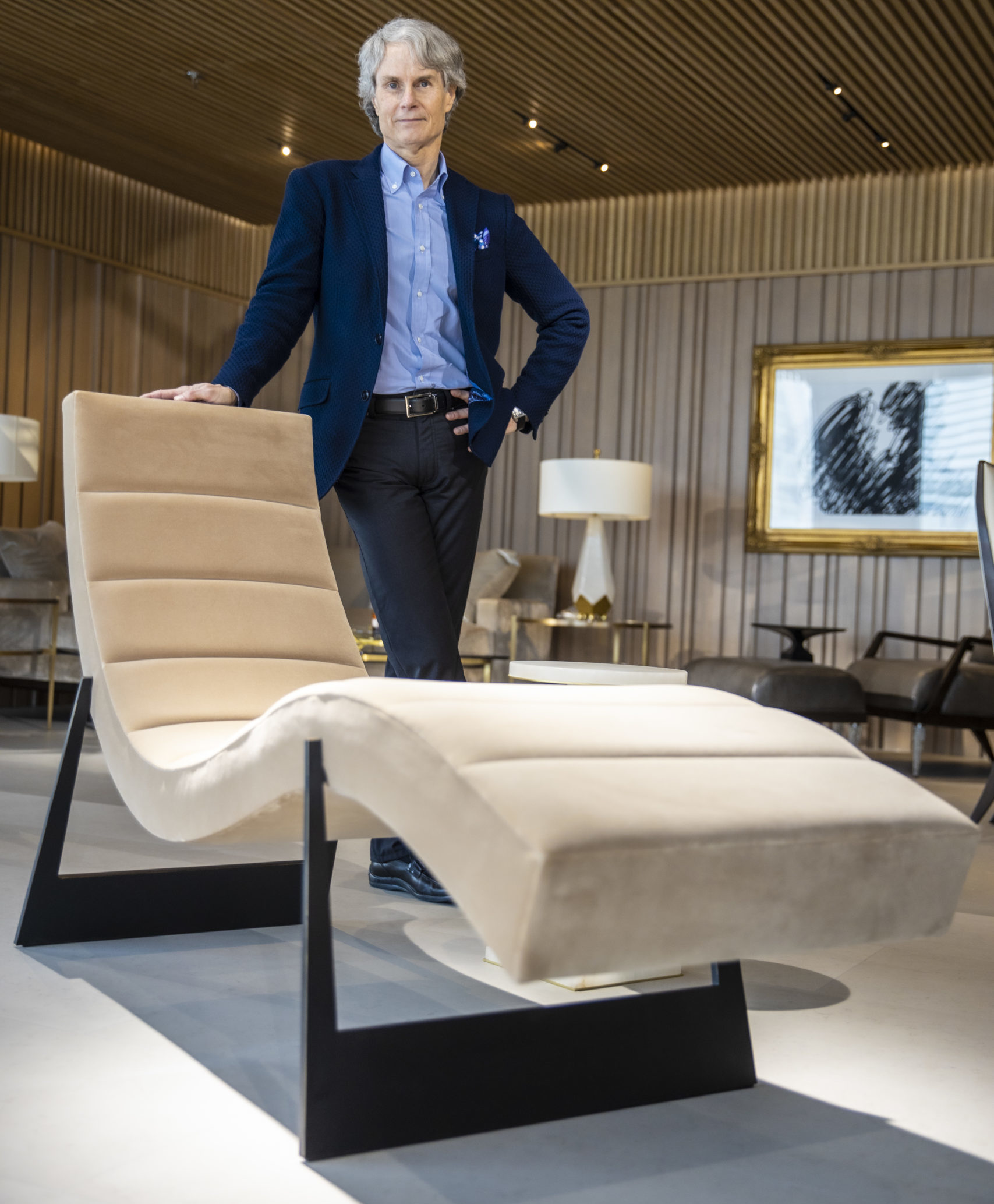 In conversation with interior designer Thomas Pheasant on what inspires him, the long-term collaboration with Baker Furniture, and the book he is currently working on

He is known for his craft and skill-set for creating interiors beyond one’s imagination. Meet American interior designer Thomas Pheasant with an extensive career of 30 years, his diverse accomplishments have been widely published in the most prestigious architectural and interior design magazines around the world. In 2005, he was honoured by Architectural Digest US with the distinction “Dean of American Design”. Pheasant was in the UAE for his maiden trip to unveil his latest collection in collaboration with Baker, which is available at Iconic Home in Dubai Design District.

Pheasant says: “My career has spanned almost four decades now and it’s been a total revolution. I am inspired by what I see. For me, the idea of simplicity and getting down to the essence of the idea is important. I can be inspired by the monuments in Washington DC, 18th-century buildings in Paris, but it’s not about reproducing what I see. It’s about digesting the idea and allowing it to linger inside my brain and then come out with the new ideas, that are modern but connected to the past.” Pheasant further elaborates: “I can be inspired by colours, people, architecture, or poetry. It’s amazing, it’s about opening up your senses to the world around you. I am also working on a book idea called ‘Seeking beauty’, it reveals the sensitive issues around me, how I capture my inspiration and what I do with it, and how I translate that into something meaningful. I have the liberty of travelling to many places, the idea of the book is to share the luxury of stopping, enjoying, and seeing and then letting these different cultures that I’m exposed to inspire me to keep my own evolution going.”

In the history of interior design, there are certain rare innovators who elevate the practice of design and craft into the highest art. Such a designer is Pheasant, whose fifty-piece virtuoso Thomas Pheasant collection for Baker includes all-new furniture, upholstery, and lighting. In Pheasant’s approach with the latest collection, his insistence on purest function comes first. His chairs have exquisite lines and they also afford ease and comfort. His tables are the perfect height and dimension, with every surface and alignment exquisitely realized. His lighting brings an intimate, warm ambience and illumination to rooms.

Talking about his latest collection, Pheasant tells: “In this collection, I was inspired by modern American painters and sculptors like Ellsworth Kelly, Richard Serra, and Tony Smith, whose minimalist works demonstrate utmost refinement and sophistication. I feel great that Baker gave me full freedom to convert my ideas, my inspirations into some amazing pieces of design.” The designer worked with the skilful team of engineers and artisans of Baker Furniture, where artistry and precision are applied to each piece, allowing the designer to create exquisite works of art for the home. For example, the Blade cocktail table, featuring floating panels over a large expanse, or the Sling chair, maintaining a slender profile of the frame. Each piece is executed with bravura, effortlessly achieved to render meticulously constructed metalwork in the former, or crisp silhouettes and tight upholstery with precisely placed fabric seams in the latter. “My partnership with Baker began in 2002. It’s been 18 years now and seven collections in between. The most beautiful thing about this relationship is that we’ve had great success and Baker has given me so much freedom.

Like in 2002, I had an idea of a constellation mirror in my mind, but I thought that it’s a beautiful concept but might be expensive and difficult to fabricate. But the brand allowed me to experiment and now that mirror has become an iconic piece for both Baker and me as a designer,” shares Pheasant. Pheasant is in awe of the design and architecture in the region. “Dubai is an incredibly exciting city. You can tell by the number of cranes outside the window, that there is so much happening and there is such an appreciation for design. The expressions of design and architecture are very modern and over the top. Similarly, I was in Abu Dhabi recently and there was so much stimulation and inspirations that I was trying to capture with my phone. I would love to do work in the UAE, but I would like to take what I am seeing and translate it into my own vocabulary of interiors,” finishes off Pheasant. 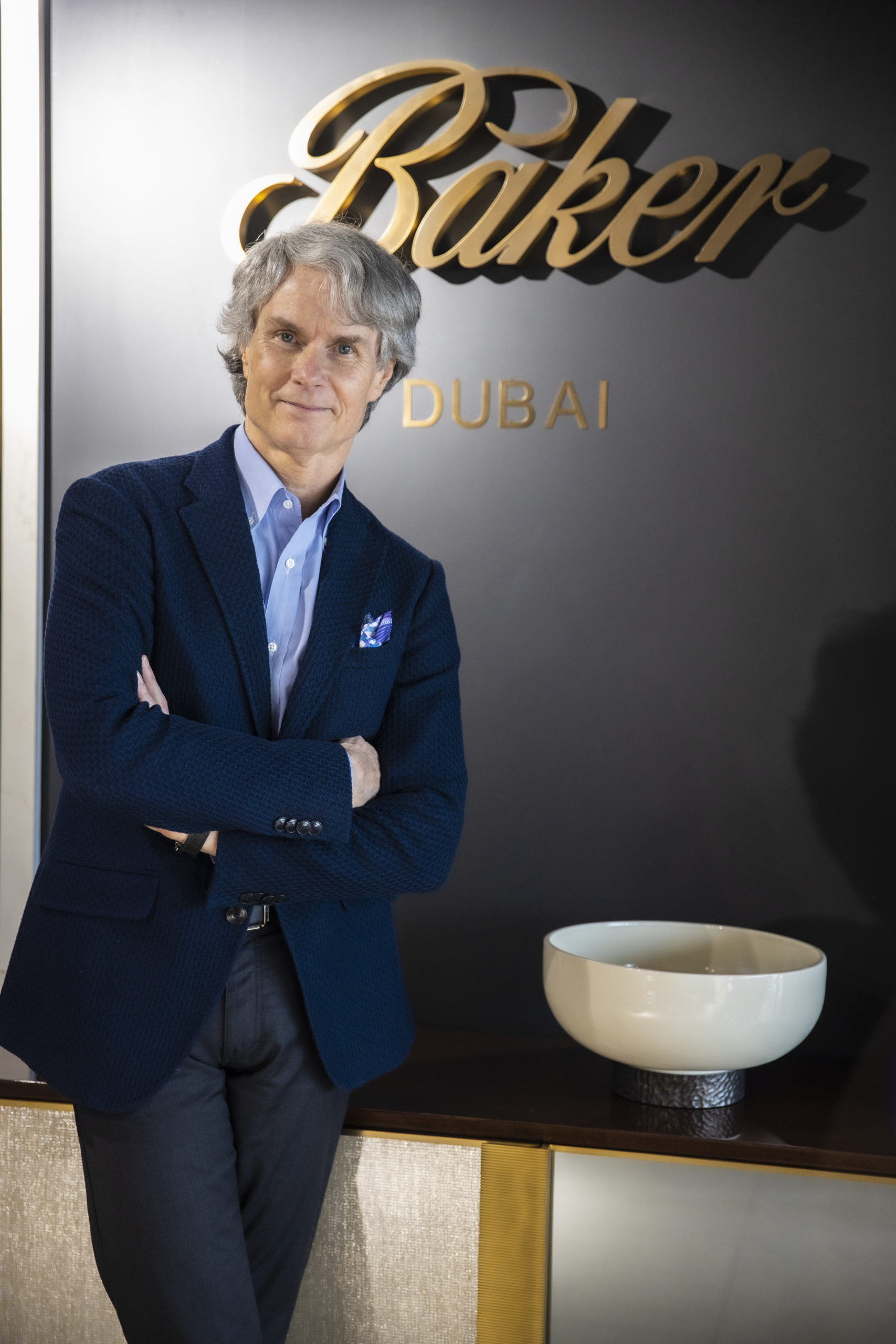