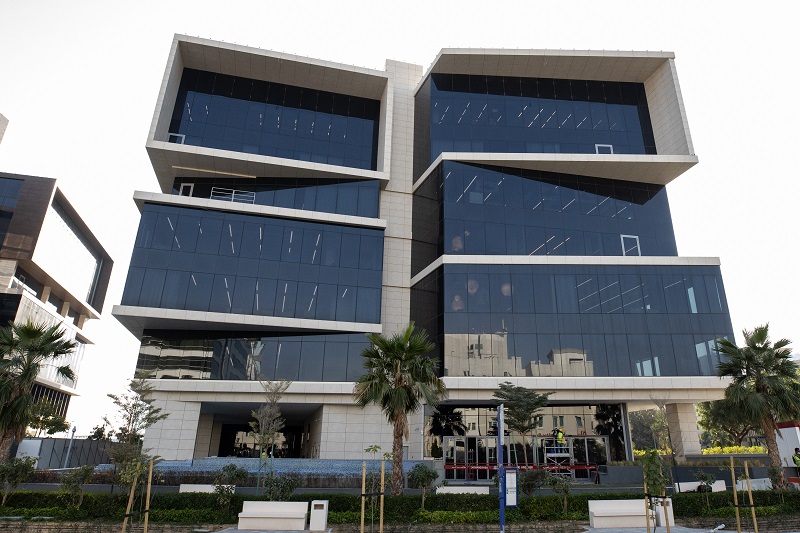 In the past decade or two Dubai has attracted several universities of international repute as it aims to create a multi-cultural, dynamic, and global educational environment.

Educational institutes from around the world having seen the potential the emirate has to offer, set up campuses in the city. The Scottish university Heriot-Watt was among the firsts to set foot into Dubai. It established its first overseas campus in Dubai – Dubai Academic City to be precise – in 2005. At that point of time, it had a capacity to serve 120 students which then increased to 2,000 in five years. There has been no stopping after that.

In 2019, the university put into motion, plans it had to move the campus to a bigger and more digital-enhanced facility to offer students a better quality of education with world-class amenities. By December of the same year, the tendering process began. Khansaheb won the bid for fit out on the new campus at Dubai Knowledge Village. 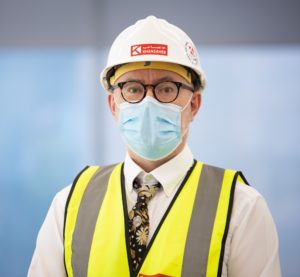 Bryn Jones, Deputy Vice Principal, Heriot-Watt University, who was part of the design team, stated that Khansaheb, being a leading construction firm in the UAE, was able to materialise the plans Heriot-Watt had for its new campus.

“Heriot-Watt is one of the biggest and slightly better reputed international universities in Dubai. What we were looking for was a campus that made that character manifest. It is a different sort of campus from traditional universities – which have buildings spread across the grounds. We got something quite different, quite exciting. It is a vertically stacked campus where we divide the floors by theme and function rather than who owns them. We have no signs indicating the departments.

“The spaces are there for everyone to use if they are the right spaces for them. The first and second floors are student spaces – learning, classrooms, a library, a social space, and common areas. Third floor is where our staff will sit. The fourth floor is designated to the design and architecture subjects. The fifth floor will house support education and the sixth floor is where our laboratories are – primarily for engineering subjects.

“One of the briefs given to Khansaheb was to have digitally enhanced features. Even before the advent of the pandemic, as a university we were on a journey toward a more digitally supported learning experience. We have fitted in recording studios, it was always our plan to allow academics to have a facility to record lectures, long clips, and digital materials,” he expounds.

Incorporating digital learning
Since the pandemic, Heriot-Watt has been offering students blended learning choices. Bryn adds: “Our students, anywhere in the world, can choose to study on campus or online. So that digital element that we have built into the building is far reaching and future proofing. A lot of the components we have implemented over the last year will become part of the new normal. It is part of our directives to support digital education journey right from the start.

“It has been a very steep learning curve, but I am confident that the team we have now is an excellent position to get the most out of the facility that we have provided them, which are amazing. What we really have in this new campus, which we really have not had access to in Dubai, is the large areas where students can learn, which are not classrooms.

“It is going to be an amazing campus for us and a forward-looking facility. We have quite a few interesting spaces for academics to teach – very nontraditional spaces which is exciting.”

Heriot-Watt staff and students are scheduled to move into the new campus by March and April, thanks to the collaborative efforts all of the teams involved.

Lynda Johnstone, Global Director of Estates and Facilities, Heriot-Watt University, said: “We had an extremely specific vision for our new campus – it would be digitally enabled, address the education requirements of the future and create a learning environment that is collaborative – and we felt Khansaheb was best positioned to deliver this. It was also important that our appointed contractor be committed to the welfare of the staff that would work on our site, something Khansaheb was able to demonstrate very clearly, along with being a financially stable, family run, local business. The new campus is proof of our commitment to deliver high quality education and research in Dubai. We are delighted to see our vision brought to life.”

Key features
Khansaheb was able to implement Heriot-Watt’s vision by comprehending what was needed of it on the project. Right from the beginning, a dedicated team was put together to understand what the key drivers for the client were. 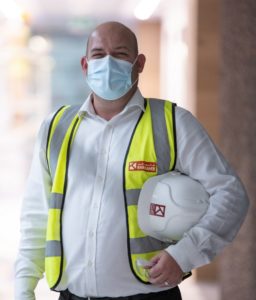 Ross Trivett, General Manager- Interiors and Joinery, Khansaheb, walks us though the steps: “It was a very formal tender process under the Scottish procurement rules, and as Khansaheb, we have an incredibly detailed health and safety and welfare management plans in place, which all helped us demonstrate our capability of systems and processes such as our in-house resources – interiors joinery, MEP and metals. These aligned with what Heriot-Watt were looking for.

“The original development was designed to be commercial offices and it had to be converted into a campus. It was an interesting idea, and we were keen to win it. We are extremely proud to have been selected and entrusted by Heriot-Watt to complete the fit out of their new campus.”

Hurdles and challenges
Work on the site began in April 2020 with large volumes of demolition work carried out. This was just one of the challenges the team faced. Jamie Otto, Senior Project Manager, Khansaheb explains: “The initial challenge was the huge amounts of demolition that had to be done to clear the development.

“We took out more than 1,800 tonnes of material, for which we had to set up an external hoist on the building as we could not get all the demolition waste internally through the lifts. We pulled out the windows and put a hoist up outside with access to each floor. Then we built a two-tier system that allowed demolition to be removed from the upper level straight onto tipper trucks, and the lower level was then used to bring in materials into the building.”

Another obstacle the team faced was the lack of available lifts to transport labour across the project. “A major challenge was that the development was a shell and core facility. The base build contactor was still on site when we commenced the fit-out work. They were here doing various snagging and commissioning works, and one of the commissioning items not complete was the elevators. We planned to use the lifts to transport materials and labour up and down the floors. It was a top-down construction and begun with the demolition from the top.

“When COVID crept in, all the restrictions started coming in, we had to limit the labour onsite and, in the elevators, to maintain social distancing. It became a bit of a challenge as we did not have all the elevators available and, we also had to reduce the number of labour that could use the elevator at a time. The huge volume of men we were trying to move on the project for the demolition works just got hindered by COVID.

“We had to re-sequence the process, we started demolition on the lower floors to save us having to transport men to level six,” Ross illustrates. Nonetheless, work progressed as planned regardless of the hurdles. The contract also presented Khansaheb with other unique characteristics. One such being the exposed services on the acoustic ceiling. Jamie elaborates: “We had 11,000 sqm of exposed acoustic ceiling that was installed prior to the MEP services being installed. That created a challenge as we had to install the services and not damage the finished ceiling. All the MEP work comes on through the threaded rods so we tried to plan as much as we could to work on the joints of the ceilings. It required a lot of coordination.”

A positive outcome
Khansaheb’s exceptional work ethics and professional conduct not only ensured the project is on target towards delivery and completed on time to an exceptionally high quality, but it has also achieved a million-man hours accident free. Ross credits the success to the firm’s internal resources and capabilities.

With most of the work being done during the pandemic, Khansaheb has not reported a single positive case of the virus among its labour on the site. Ross attributes it to the stringent health, safety, and wellbeing policy of the company.  “A lot of preventive measures were put in place right from conducting safety trainings to limiting capacity on our buses transporting operatives to and from the site to camp as well as socially distancing on site.

“A lot of activities had to be re-sequenced for their health and safety. We also had to phase breaks for the labour, so we did not have too many operatives in the welfare facility at the same time. We had to maintain social distancing spots all over the floor and ensure they were not congregating at one area. A two-metre distance is always maintained. We installed hand-sanitisation stations all over the place and we have continuous cleaning of high touch points – on transport, on site and at the camps.”

A joint effort
Real estate advisors, JLL, who have been the consultants on the project, have had a positive experience on the project. 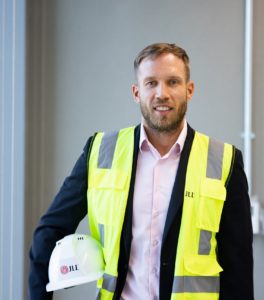 Paul Ludlam, Director, Head of Fit Out UAE, JLL Project & Development Services, said: “Working with Khansaheb and the design team has been an excellent experience. It has been a collaborative project with a brilliant partnership from all the teams involved. We signed the contract in April 2020, and it has been a quick construction period for such a large space, and during a pandemic.

“It has been an extremely well-run project, organised, clean and well-managed. We worked together as a team to get around issues and do things as one. I think that’s paid off and we’ll be handing over the project very soon.”

In closing, Ross said: “We have achieved great success on this project due to a collaborative effort by the project team, JLL, BDP [the architects] and Hoare Lea [MEP Consultant]. It’s been a fantastic team effort with all parties focused from the outset towards achieving successful delivery of the project.”

“Sharjah Sustainable City” is reshaping the present to sustain the future

Powerlist: 30 Influential Architects in the MENA