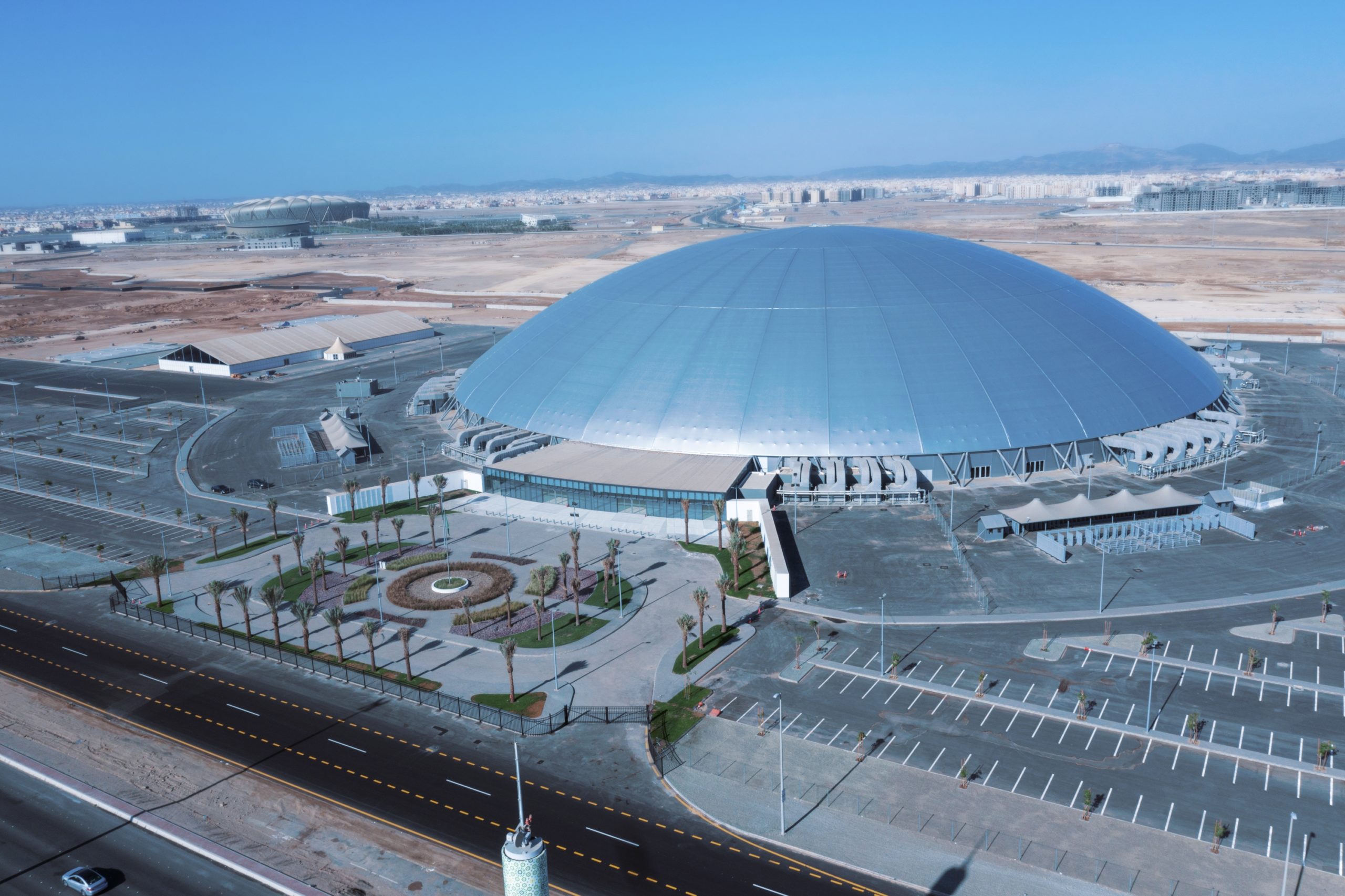 Losberger De Boer has delivered the record-breaking Jeddah Superdome venue in Saudi Arabia, handing over the dome’s frame three days ahead of schedule and completing the project on time despite disruptions resulting from the COVID-19 pandemic. Jeddah Superdome officially opened its doors on June 9, 2021.

Jeddah Superdome has claimed the Guinness World Records titles for the world’s largest geodesic dome and largest dome with the continuous roof. It is a multi-purpose event space and will play an integral role in the Jeddah Season events programme. From live shows, concerts and sporting events to brand activations and exhibitions, the dome will host some of the Kingdom’s stand-out events.

Although Saudi Arabia announced Jeddah Season, originally scheduled to take place in June and July 2020, plans were cancelled as part of the country’s measures to curb the coronavirus outbreak, work on the ambitious Jeddah Superdome project continued with an aim to continue the attempt to break the Guinness World Records title, and ensure it is complete when Jeddah Season returns.

In February 2020, Losberger De Boer was awarded the dome construction project by Jeddah Superdome’s operator, Sela Sports Company, the leading events management company based in Saudi Arabia. Losberger De Boer’s scope included the design and build of the structure, along with a project management and consulting role, coordinating with third-party subcontractors assigned by Sela Sports Company. In addition to manufacturing and constructing the dome’s frame, Losberger De Boer also installed the PVC covering, walls and doors.

With a diameter of 210m and offering a covered area of 34,636sqm and a surface area of 39,753sqm, the dome has a ring beam built of 326 tonnes of steel to support the structure rings.

Waleed Khaled, Losberger De Boer Middle East’s Regional Sales Director, said: “It has been an honour to work with Sela Sports Company on such a groundbreaking project. Losberger De Boer’s in-house design team along with our trusted consultant Geometrica designed the dome’s concept, working closely with the client to meet every aspect of the brief and create an events space, the likes of which have not been seen in this region before. The adaptability of the space means it can be used for any large-scale event and can be repurposed quickly and efficiently for the next event.

“Within weeks of the project commencing, the world was gripped by the COVID-19 pandemic. Movement restrictions and periods of lockdown followed. However, even while work on the majority of projects in the Kingdom stopped, Losberger De Boer continued to work onsite, adhering to government regulations and guidelines. We were able to complete the frame three days ahead of the revised schedule despite the challenging conditions and have gone on to complete the remaining works within the agreed timeframes.”

The benefits of collagen shot!