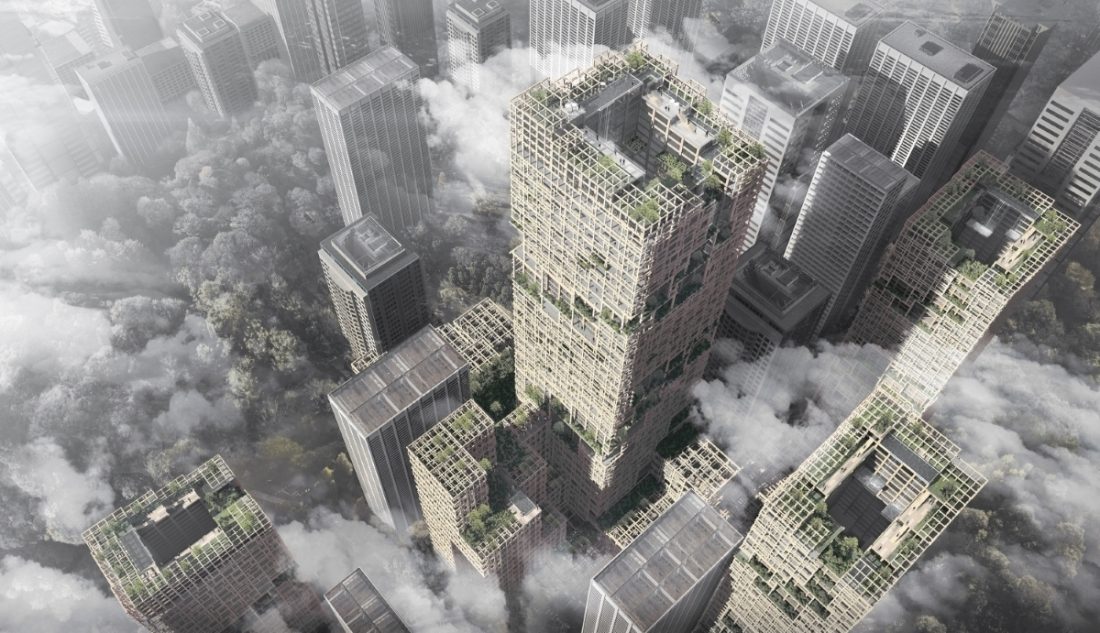 Leading Japanese architectural and urban design firm Nikken Sekkei is preparing to showcase multi-billion dollar local, regional, and international projects from 10 different cities across the world, at this year’s Cityscape Global event at the Dubai World Trade Centre from October 2-4, 2018.

One of the highlights will be Nikken’s W350 $5.5bn mixed-use design project, which will be home to the tallest wooden skyscraper in the world, set to be built in Tokyo, Japan.

Climbing 350m, the tower will claim two accolades, the tallest building in Japan and the highest wooden structure in the world when it eventually opens in 2041, which coincides with construction company Sumitomo Forestry’s 350th anniversary.

The mixed-use development consists of commercial offices, residential apartments, a hotel, retail outlets, water features and a roof garden. The entire structure would also be enveloped with balconies, covered in greenery.

“Our vision for this structure was to contribute positively towards turning Tokyo into a more environment-friendly city and to support its transformation into an urban forest. The greenery which cascades down the full length of the building, affords an organic aspect, as plants adapt in terms of daylight hours, temperature and altitude,” said Dr Fadi Jabri, executive officer, principal responsible for MENA, CIS, and India regions.

In terms of Dubai-based projects, Nikken Sekkei’s burgeoning portfolio includes the twin-tower complex, One Za’abeel, with the tallest tower reaching more than 300m high situated adjacent to the Dubai World Trade Centre, in the new financial district. This unique complex will include a residential tower with apartments, a five-star hotel tower and a commercial tower, with office space and the Gallery, a retail destination.