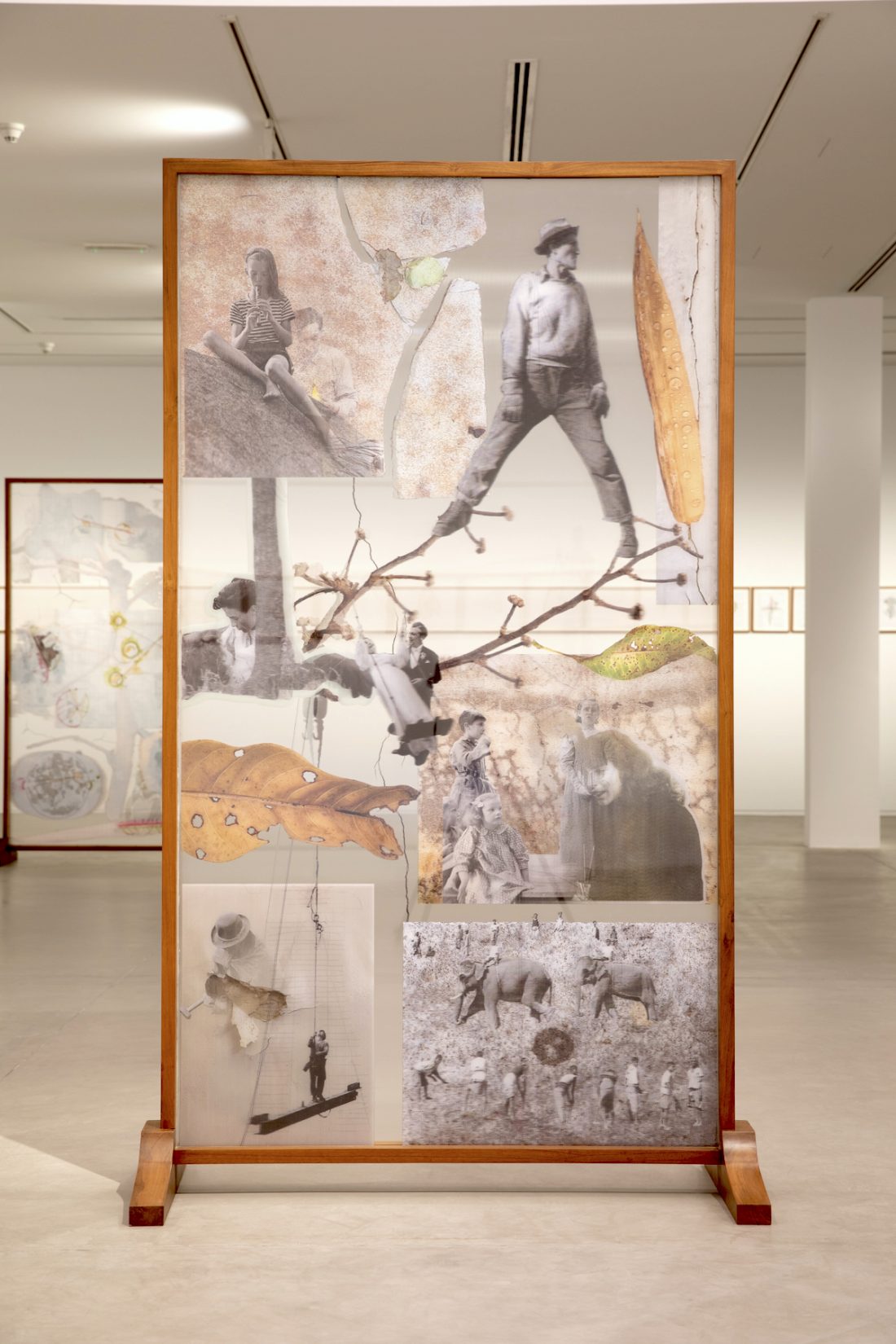 Ishara Art Foundation opens 2022 with Order of Magnitude by Jitish Kallat, the artist’s first major solo exhibition in West Asia and the Levant. Running from February 16 to July 1 2022, the exhibition includes new works that include paintings, multimedia installations, drawings and site-specific interventions, the exhibition reflects Jitish Kallat’s profound deliberations on the interrelationship between the cosmic and the terrestrial. Jitish Kallat’s oeuvre sits between fluid speculation, precise measurement and conceptual conjectures producing dynamic forms of image-making. Using abstract, schematic, notational and representational languages, he engages with different modes of address, seamlessly interlacing the immediate and the cosmic, the telescopic and the microscopic, the past and present. In Order of Magnitude, one finds a contemplation of overarching interconnectivity on the individual, universal, planetary and extra-terrestrial dimensions.

The viewer is first confronted with Integer Studies (Drawings from Life), which run through the space resembling both the horizon and the equator. Since the beginning of 2021, Kallat followed a ritual of making one daily drawing as part of a durational study in graphite, aquarelle pencil and gesso stains. Each work comprises diverse forms anchored by the same three sets of numbers: the algorithmically estimated world population, the number of new births, and the death count noted at the particular moment of the work’s creation. Human life and death are abstracted in drawings that are both graphic and painterly, prompting questions of extinction and evolution. Seen alongside these studies is a wall-sized painting titled Postulates from a Restless Radius, whose perimeter takes the form of the conic Albers projection of the Earth. The work begins as an unstable, cross-sectional grid (in aquarelle pencil) that opens up the globe on a flat plane. There is no cartographic intent here; in place of planetary geography it assembles signs and speculations, at once evoking botanical, suboceanic, celestial, and geological formations. Postulates from a Restless Radius is an exploratory abstraction of forms that suggest signatures of growth and entropy.

Jitish Kallat: Order of Magnitude will be accompanied by physical and virtual tours, educational and public programmes, a newly commissioned text by Amal Khalaf and artist conversations over the duration of the exhibit.