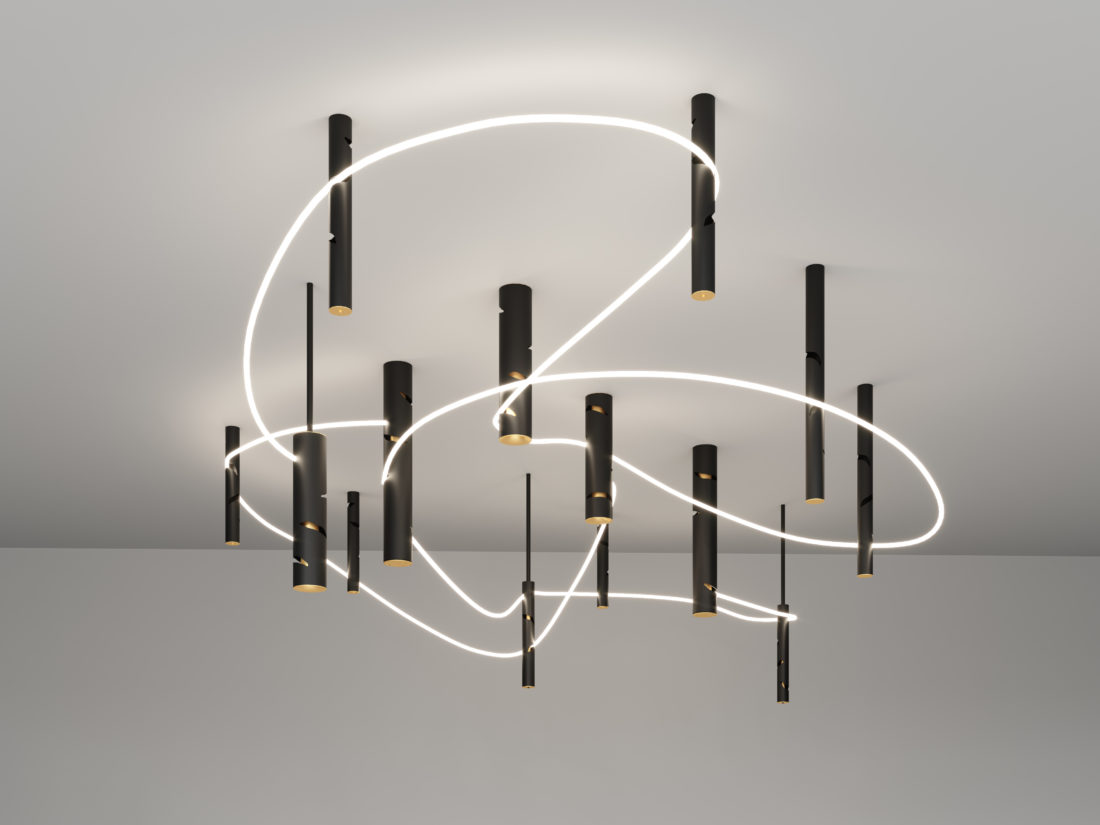 Two powerhouses have come together! Interior designer and creative director at Roar, Pallavi Dean has collaborated with Artemide to launch a new lighting collection called ‘Interweave’ at Milan Design Week 2019.

The collection celebrates globalisation—in particular, the intersection of people and cultures that a globalised world promotes. “We live in a world today where many people are building walls, fighting trade wars, and rolling back globalisation, which to me is a real shame,” said Dean.

Dean further added: “Great art and great design often happen when different worlds meet. Interweave is a metaphor for this, by focusing on the connections and intersections between the different materials, colours, textures, light, and shade.”

The centrepiece of the Interweave collection is a long, flowing LED strip that weaves its way through the room, draped around a series of metal pillars suspended from the ceiling. It’s a customisable product that comes as a kit of parts rather than a fixed installation, allowing people in the room to become the authors of the space, not just passive users.

Crucially, Interweave is a playful piece that stimulates multiple senses: one of the pillars is a speaker playing music, while another sprays perfume or is a presence sensor, all of which can be controlled in a range of ways, including the Artemide app and Amazon Alexa.

It is a flexible system that integrates light and services, leaving everyone the freedom to design their own environmental quality. Suspended cylinders fixed to the ceiling or to the wall, guide a flexible LED light line, allowing to freely model it following soft, and unexpected geometries. The cylindrical bodies can have two sizes, they can have the sole function of supporting the line of light or become the base for spotlights, intelligences, and devices such as speakers and sensors. Each volume is hollowed out with several sinuous holes, that with their organic movement recall of the paths created by water. They are functional elements of the interlocking of the luminous line, a mechanical intelligence that becomes an aesthetic feature.

The multiplicity of cuts leaves free to define different positions to shape the diffusing light element. Interweave generates not only bright but also a sound experience because of the speaker’s integration. The interaction is then enhanced by the possibility of controlling the single element of the system with the intuitive Artemide App, also through the Alexa voice control. Not only active management but also interaction controlled by motion sensors that make Interweave react to the presence in a programmed way.