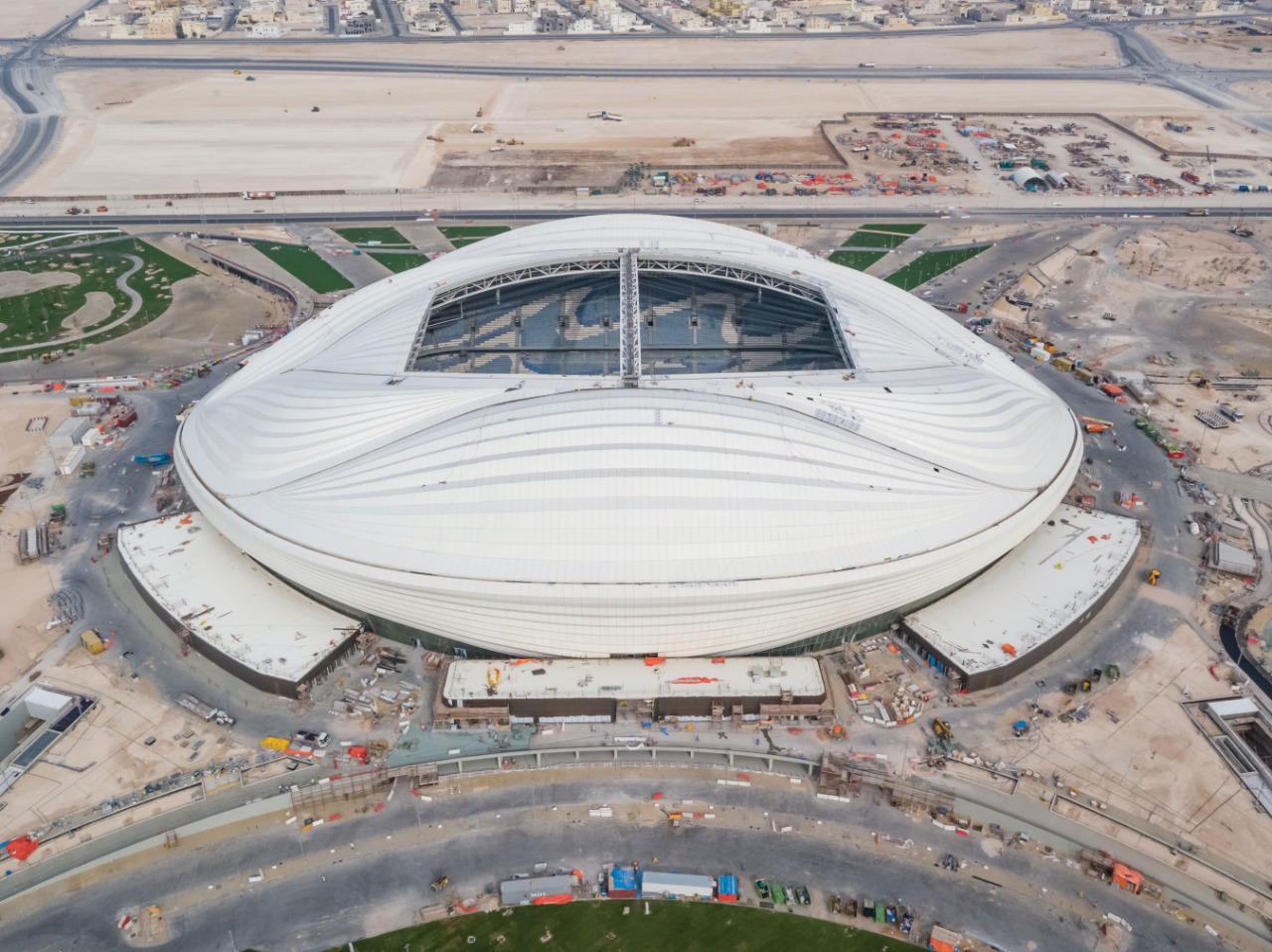 Al Janoub Stadium, the first venue to be built from scratch for the 2022 Fifa World Cup is one of Zaha Hadid’s last masterpieces

Al Wakrah, a coastal city 23km South of Doha, was originally a small fishing and pearling village known for its system of dhows, the traditional sailing boats that made possible a steady flow and interchange of ideas, goods, religions, flavours, and skills. The exact origins of the dhow are lost to history, but this sharing of ideas and building of an international community significantly predates the phenomenon of globalisation. Today, Al Wakrah is considered to be the second largest city in Qatar where Al Janoub Stadium, one of the eight venues to host the 2022 FIFA World Cup Qatar, was built.

The purpose in the exceptional design of Al Janoub Stadium was to blend the traditional aspect of Al Wakrah city into modern and sustainable architecture that reflects the cultural references and maritime heritage of the region. Inspired by the traditional dhow boat, legendary architect Zaha Hadid actively participated in the design initiation, and the stadium design was one of her last projects. The “Queen of the Curve,” along with her design team, which included project director Jim Heverin and project architect Johannes Hoffman, created an inverted shell structure, segmented into symmetrical quadrants striated with pleats of aluminium panels. In 2014, her firm partnered with Aecom to complete the final design stages, resulting in a world-class stadium with graceful lines and flowing curves as an ode to traditional Qatari dhow boats- a futuristic design that strongly connects old and new in an unforgettable visual representation of Qatar’s drive and ambition of expanding its global reach. 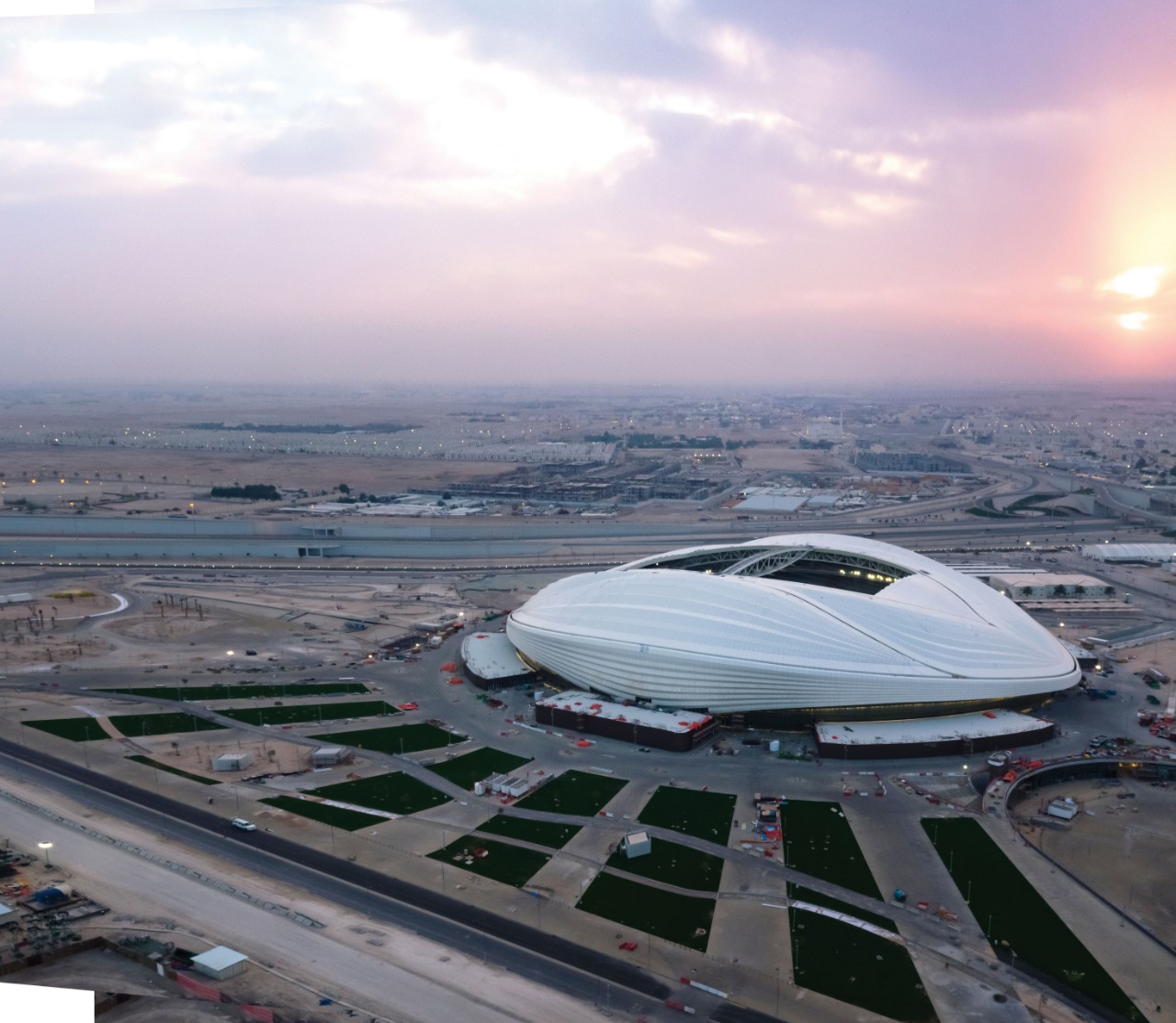 Global reach
To accommodate football fans during the FIFA World Cup Qatar 2022, Al Janoub Stadium has a seating capacity of 40,000. After the tournament winners have been crowned, around 20,000 seats will be removed (which takes advantage of its modular design), and then transported to countries in need of football infrastructure. This will leave Al Wakrah with an arena perfectly suited to local needs, while boosting the game’s global reach and enhancing social development abroad.

A State-Of-The-Art Cooling System
There’s more to Al Janoub Stadium than what meets the eye. The view from inside the stadium, resembling a ship’s hull, allows light to flood into the arena, alongside an innovative cooling system that defies Qatar’s harsh climate. An optimal shading from an operable roof, designed by Schlaich Bergermann Partner, incorporates a minimal amount of glass, and makes a significant contribution to temperature control. Every detail is built to procure comfort to players, officials and fans. 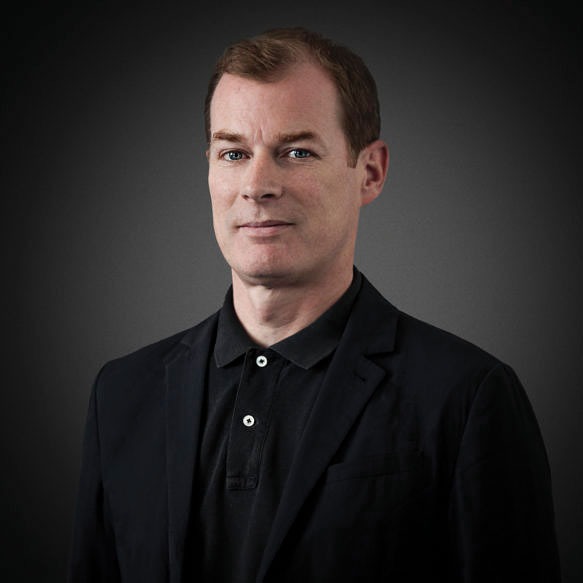 What inspired you to come up with a design like this?
We always challenge ourselves to do something unique. Football stadiums, in particular, are dictated by regulation these days which means they have become a little bit generic and repetitive. We wanted to respond to the client’s brief, which was to do something which resonated with Al Wakrah, so we started by looking at the dhow. We didn’t want to literally blow up a dhow boat so we looked at abstracting it in order to create something dynamic and organic – something that has multiple interpretations. The stadium is quite circular in terms of its functionality but it’s not circular in terms of its appearance. It has different views from different parts of Al Wakrah – which is something we tried to achieve. I feel the design is engaging – to the point where people will like it and want to be associated with it. This project has a very civic aspect to it and the aim is for the stadium to represent Al Wakrah and become part of the iconography of what Al Wakrah is. If the stadium is adopted and well-loved, then it will be used – people will come here, not only on match days, and it will become a destination.

How important is it for new buildings to blend in to the natural landscape?
Well they can’t be invisible as that would take such an effort and wouldn’t be the right approach. It needs to be something that people orientate towards and recognise, something that becomes part of the civic fabric of the city. I think Al Wakrah will come to grow around it and that will only make it more successful because then you have a whole series of synergies in terms of other types of uses beside it which start to tie in with the growing city that is Al Wakrah.

What would Zaha Hadid make of the finished stadium and how proud was she of being a part of the first FIFA World Cup in this region?
Zaha would have loved it. She wasn’t really into sport but she loved the spectacle, she loved the glamour and culturally she loved the fact that her part of the world was going to host such a massive event and be part of it. When we participated in London 2012 [by designing the Aquatics Centre], Zaha was really keen to get tickets and enjoy the experience as a spectator, and she would have been the same for football. Zaha was always super excited whenever she went to see a building completed because she had a lot of pain in her early career with failed commissions. This being very close to her homeland – and an area and culture she never lost an affinity and closeness to – would have been really important to her.

What do you think she would have said if she was here now?
She would have complained at first! But in the end she would be very, very happy. She would have been amazed at how true it is to what we set out to achieve, how well executed it is, with the beautiful folds and beautiful lines, and all the care and attention. When you see a design as reality it is very exciting and we would have been able to judge her excitement by the fact there would have been a few criticisms before she moved on and said how much she liked it.

1/ It’s the first FIFA World Cup Qatar 2022 stadium to be built from scratch The Supreme Committee for Delivery & Legacy broke ground at Al Wakrah in 2014. Five years later, the stadium has become the first FIFA World Cup Qatar 2022 tournament venue to be built from scratch. It’s the second tournament-ready stadium to be inaugurated after Khalifa International Stadium, which underwent an extensive redevelopment before hosting the 2017 Amir Cup final.

2/ The stadium was designed by legendary architect Zaha Hadid The late Iraqi-British architect Zaha Hadid was the first woman to receive the Pritzker Architecture Prize in 2004 and she won the UK’s most prestigious architectural award, the Stirling Prize, in 2010 and 2011. In her design for the stadium, she was inspired by traditional dhow boats and aimed to highlight Al Wakrah’s traditional industries, including fishing and pearling, along with the city’s exciting future, with her distinctive and futuristic style. The final stadium design was produced by AECOM, in association with Zaha Hadid Architects.

3/ The stadium’s cooling technology is state-of-the-art The stadium has a 92m retractable roof that will provide shade to the pitch, contribute to the efficiency of the stadium’s innovative cooling technology, and protect the interior of the stadium from harsh weather conditions. The heating, ventilation, and air-conditioning system installed at Al Wakrah Stadium is powered by solar harvesting and will cool the spectator areas using under-seat supply terminals at low velocities. More than 100 air ventilation units –split evenly between the lower and upper tiers– will serve the stadium bowl. The pitch cooling system comprises eight air handling units: four on the east side and four on the west. Each unit will connect to a plenum that runs along the pitch below the spectator seating. This plenum then feeds a number of jet nozzles that supply air across the pitch and into the field of play.

4/ Qatari companies have made a major contribution to the stadium’s construction The main contractor was a jointventure between three companies, two from Qatar, Midmac and PORR Qatar, plus Belgian company Sixco. Local company Coastal Qatar has produced the stadium seats at its custom-built factory, while Solb26 has manufactured the steel required for the stadium. Meanwhile, another Qatari company, Urban Concept, laid the turf at the stadium in just 9 hours 15 minutes. More than 50% of the budget for Al Wakrah Stadium has been invested in the local economy.

5/ The stadium is modular and its capacity will be reduced to 20,000 after the FIFA World Cup During the FIFA World Cup, Al Wakrah will boast a capacity of 40,000 and host matches up to the quarter finals stage. The top tier of the stadium will be removed after the tournament and donated to a country which needs sporting infrastructure. Post-2022, the stadium will become the home of popular Qatar Stars League side Al Wakrah Sports Club. 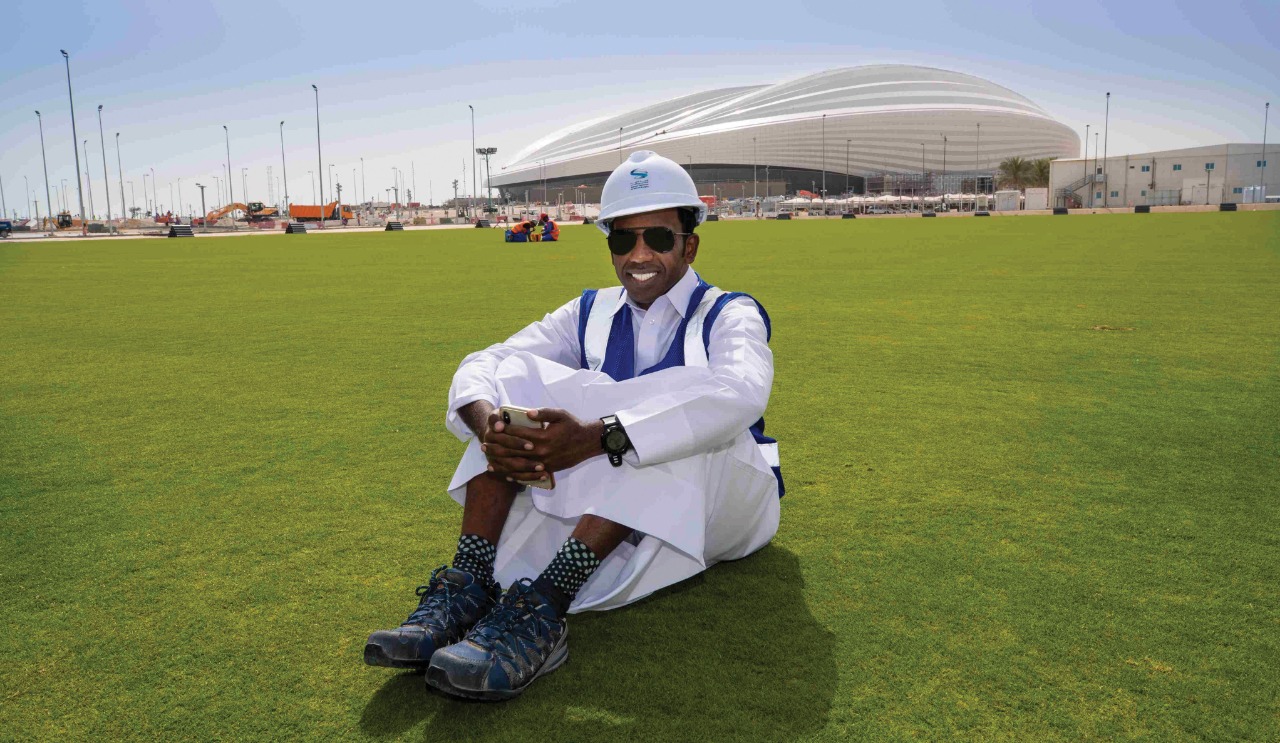 Thani Al Zarraa was a young engineer when first tasked with managing the construction of Al Janoub Stadium. A structural engineer by profession and a graduate from Griffith University in Australia, Al Zarraa joined the Supreme Committee for Delivery & Legacy (SC) in 2013 and soon started doing feasibility studies for the then proposed host venues for the first FIFA World Cup in the Arab world. “We were looking for sustainable designs that represented Qatar and its culture,” said Al Zarraa. “For Al Wakrah Stadium, we had various options from Zaha Hadid and chose the dhow boat representation because it was the most relevant to the city’s seafaring past.” Shortly after the stadium design was selected and revealed to the world, Al Zarraa was appointed to lead the team that would build the 40,000 capacity venue that would eventually become the first stadium built from scratch for the FIFA World Cup 2022. “When you’re first given a multi-million-dollar scope like this you feel it’s a big responsibility and, at the same time, a huge honour. Of course, I didn’t want to make any mistakes and worked daily with the guidance and follow-up of our senior management,” he continued. Al Zarraa is still not sure what he will do when the crowds leave Al Wakrah Stadium after the final and the venue becomes silent again, but as a keen triathlete, cycling, or running around the world-class stadium he has helped deliver may just do the trick until he has to go back to work. For Al Zarraa and us all, the road to 2022 continues.