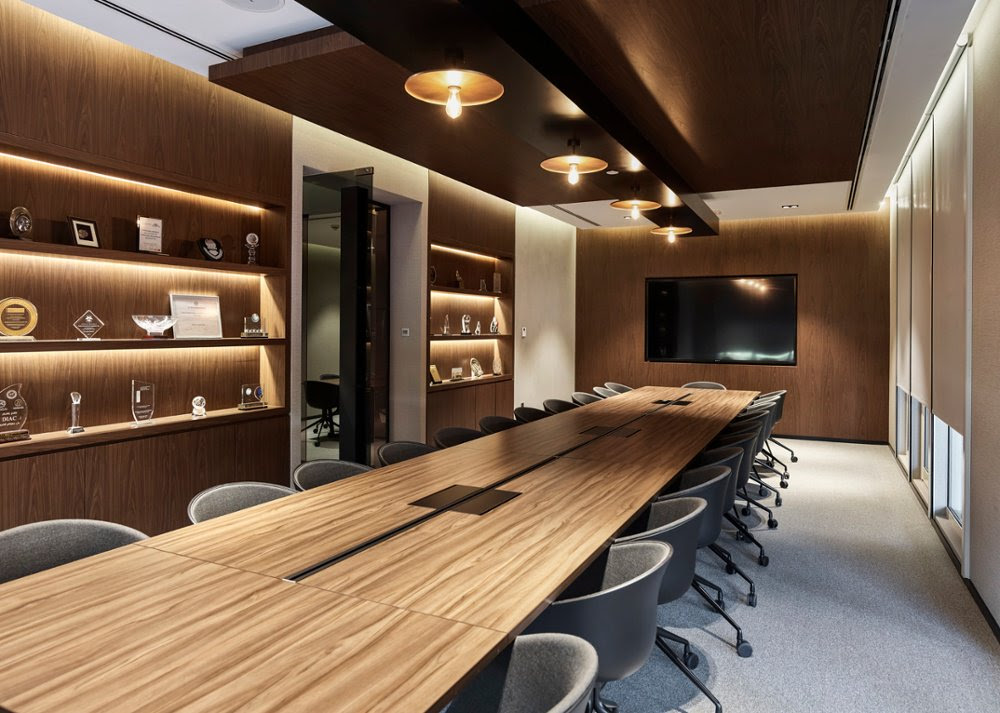 Swiss Bureau Interior Design (SBID) firm has recently completed a project for the public sector, the conference centre at TECOM Dubai International Academic City. The Dubai International Academic City (DIAC) was built to be a base for schools, colleges and universities with more than 12,000 students studying in 13 international higher education institutes. Spread over 15,000sqft of the area, DIAC Centre was envisioned to be the central hub for the whole area with a state of the art conference centre and offices for the management team of DIAC. The client, TECOM Group wanted the design to be chic, contemporary and more importantly a design that would be timeless and still be on trend, years down the line.

After several design workshops and brainstorming sessions with the client, SBID narrowed down on a mood that had a minimalist tone with a palette of natural materials like concrete and wood juxtaposing each other. Using few materials but using these materials in different forms was a design principle used throughout the space.

Another design highlight is the extensive use of wood in the form of louvres and plain panelling. Concrete flooring was used in different tones with a border in a darker accent that also served as a wayfinding feature. One of the key materials introduced into space was tinted glass. Rather than using clear glass for all the partitions and doors, tinted glass added a level of privacy into the spaces. 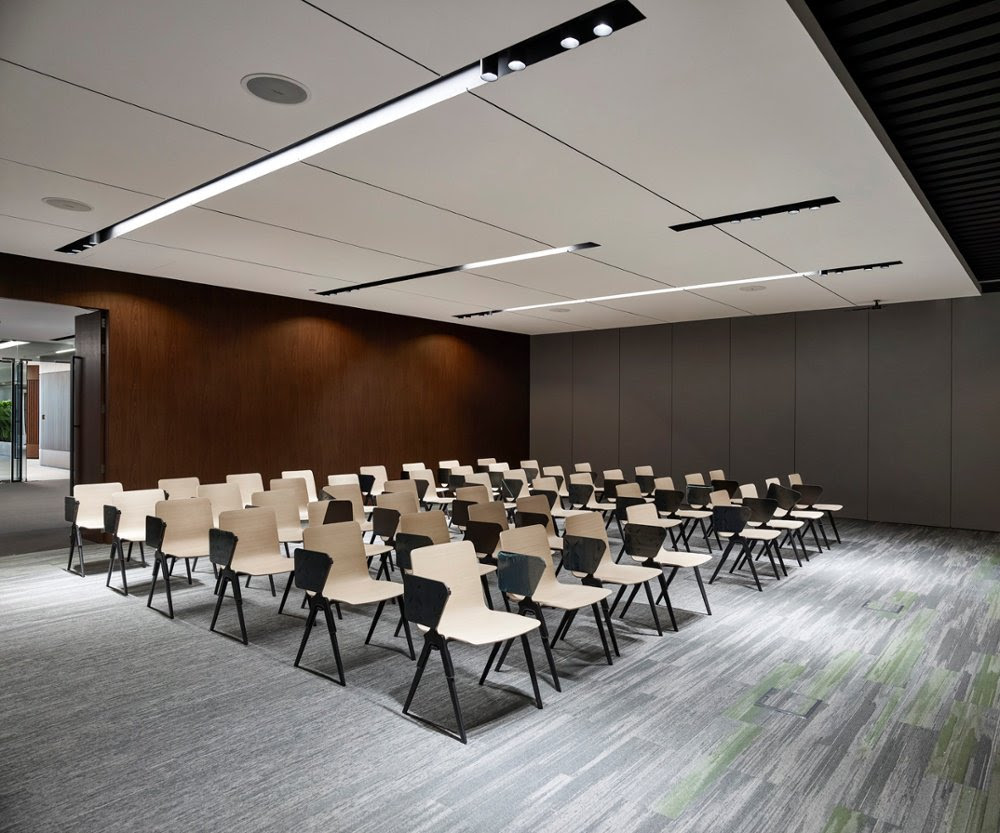 Graphics and signage also serve as a design feature in the space. With a neutral palette, black was introduced in the signage to create a strong bold impact. The Signage was also integrated with the groove lines that add movement into the space. Keeping wellness principles in mind, plants were introduced and the only accent colour used is that green tone.

The main space of design is the conference centre. This is a configuration of three rooms which can be converted into a single large space through the use of foldable partitions that are also acoustically treated. All of these rooms spill out onto the one large pre-conference space. Buffet counters are cleverly integrated into the peripheral walls, giving the illusion of a wider space. A bench is also integrated into one of the peripheral walls adding an accent feature into the area.

Heading for the Future Cities Show 2019