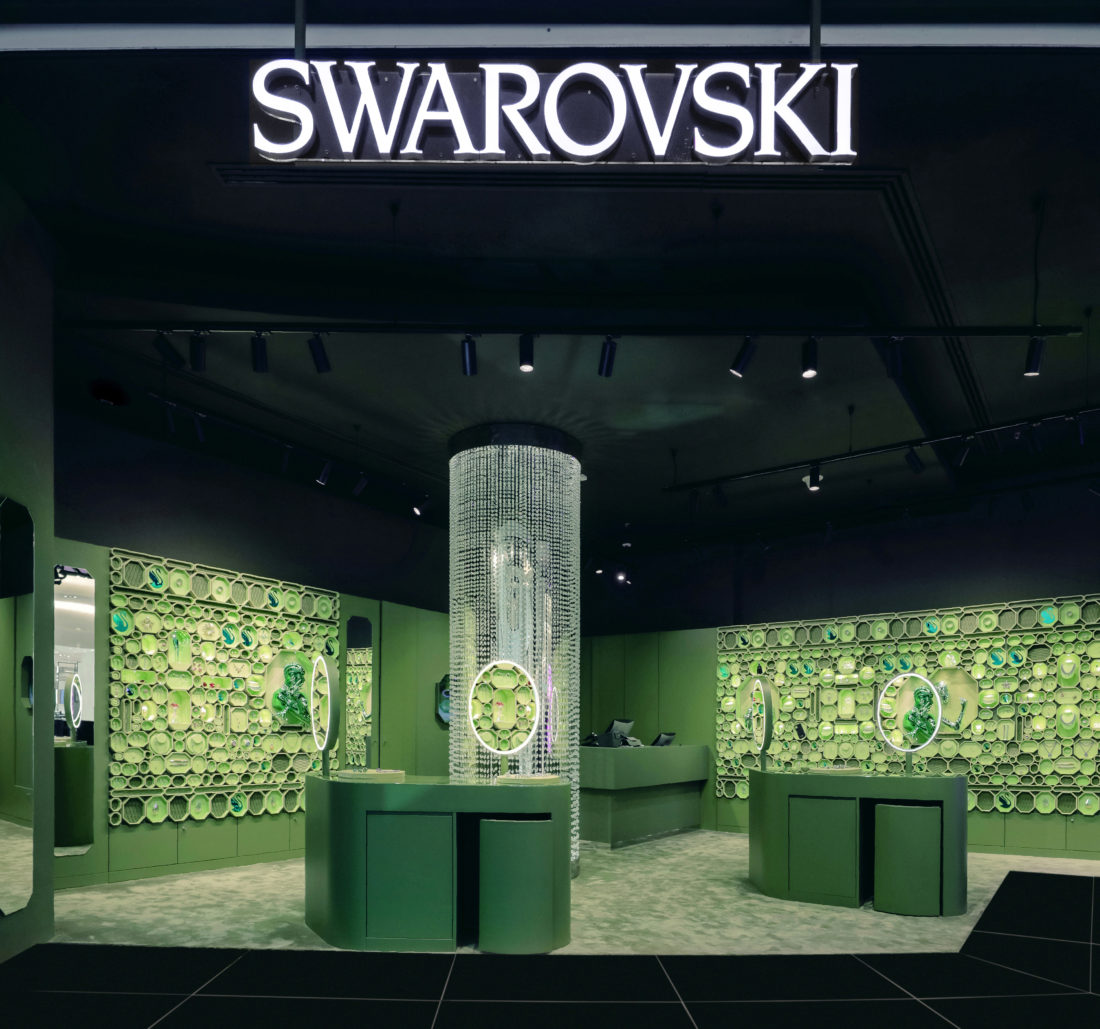 The Swarovski Wonderlab comes alive with the unveiling of 28 Instant Wonder stores in key global markets. What began with Milan’s Galleria store opening in February, the Parisian debut in March and the New York City unveilings in April has led to a much-anticipated opening in the Mall of the Emirates in Dubai, UAE.

Though one facet of many in the brand’s relaunch, the covetable new boxes play a key role in bringing Instant Wonder stores to life. Each store is represented by one of five colours – white, pink, green, blue, and yellow – that are, in turn, inspired by the prismatic result of light shining through the crystal. Walls are lined from floor to ceiling in the octagonal boxes to create a monochromatic, repeating motif that encourages exploration. 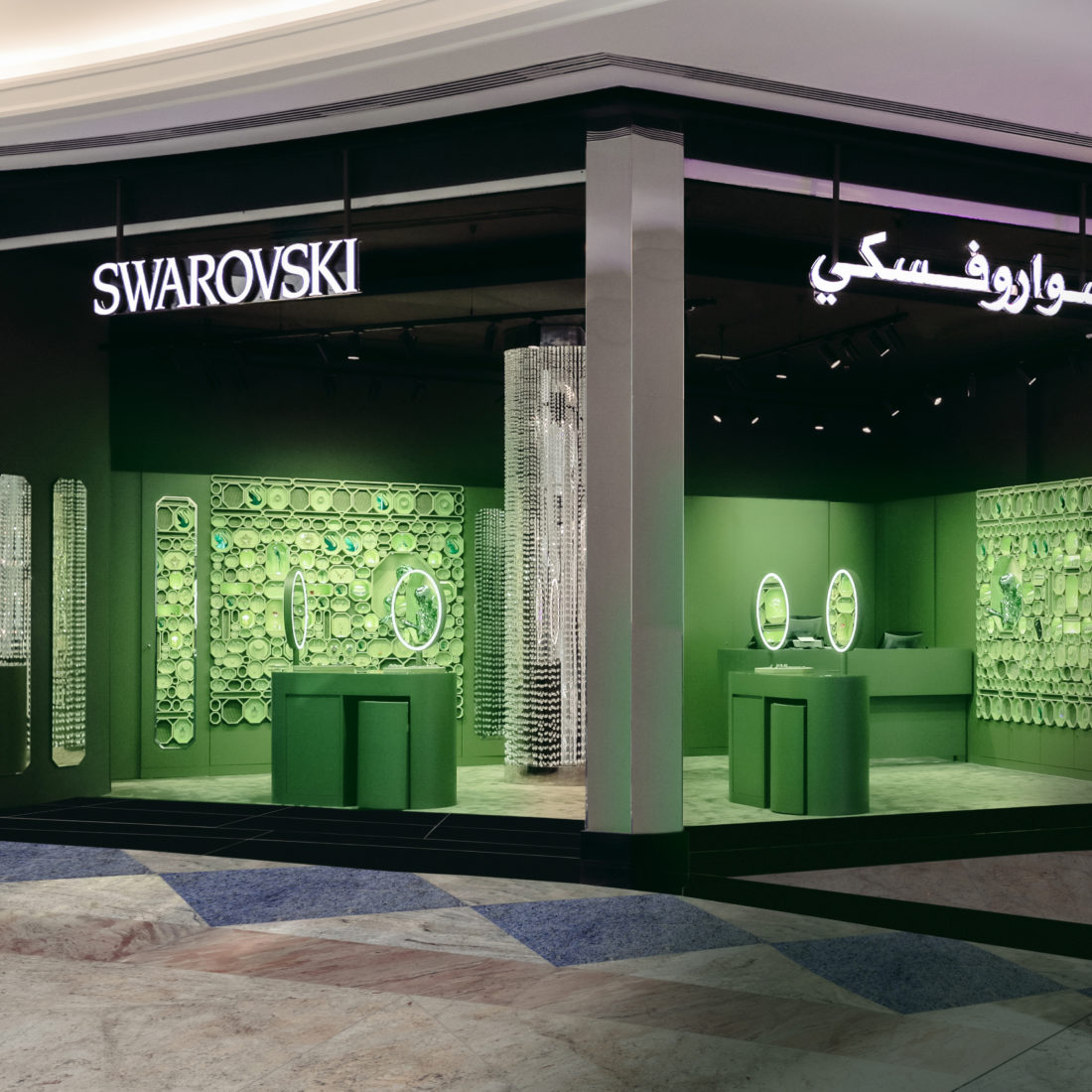 In addition, a series of metallic-cast busts replaces traditional jewellery display stands, instead of experimenting with form, scale, and representation to turn everyday situations into opportunities for self-expression. Each character, named and scanned from life, has been created using innovative 3D technology in poses representing moments of joyful play.