VIDEO: Ithra Dubai’s One Za’abeel’s record-setting structure, “The Link”, is ready for lift 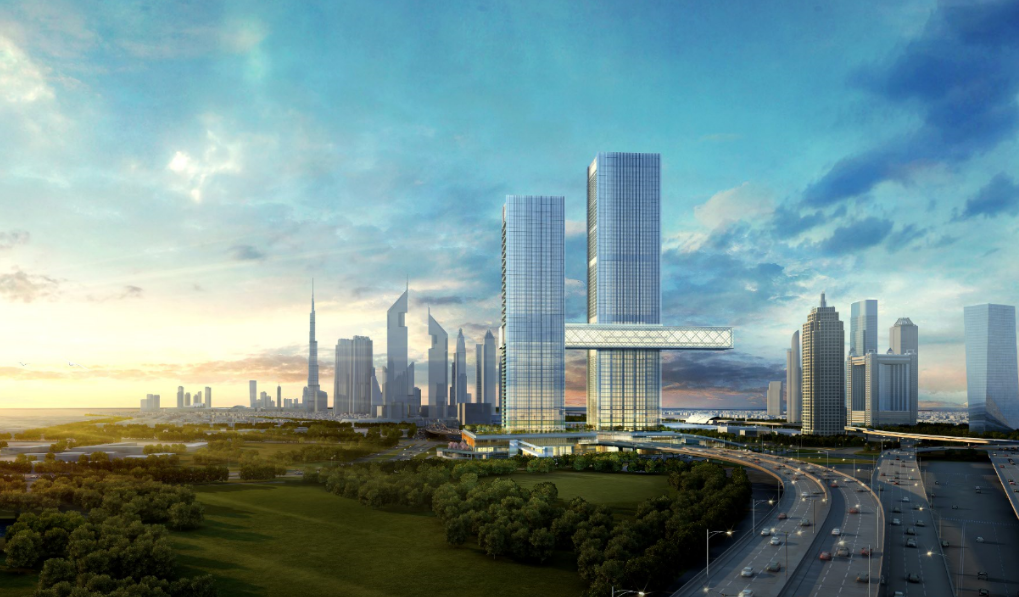 Ithra Dubai’s iconic One Za’abeel development has achieved a major milestone with The Link accomplishing its final slide at ground level. This part of the structure is now extended to its ultimate length of approximately 189 meters, bracing The Link for its show-stopping engineering feat where it will be lifted 100 meters above ground level to its final position connecting One Za’abeel’s two towers. A cantilevered structure will be later added, giving the Link its final shape as a cantilevered sky concourse. Currently, The Link is safely positioned over The Happiness Bridge in Dubai’s Financial District and is undergoing its final technical preparations for its epic ascent later this year.

The Link began to take shape in a series of slides to elongate the structure to its final position before its lift. It is at its heaviest in its current position, weighing a total of 7,100 tonnes. Made from composite material of steel, it required a significant 500 tonnes of force and a team of experts in the fields of construction, engineering and contracting to carry out this last slide.

While still under development, One Za’abeel has earned its reputation as an iconic structure within Dubai’s world-class skyline, the construction itself having garnered international attention. When complete, One Za’abeel will redefine the mixed-use offering in the region throughits three building structures that include The Link, and house the finest residential spaces and the world’s first urban resort. The sky concourse will make the bucket list of any jet-setting traveller for its views, ambience, world-class restaurants, and panoramic photo opportunities.

Sobha Realty’s projects are on track despite COVID-19 challenges