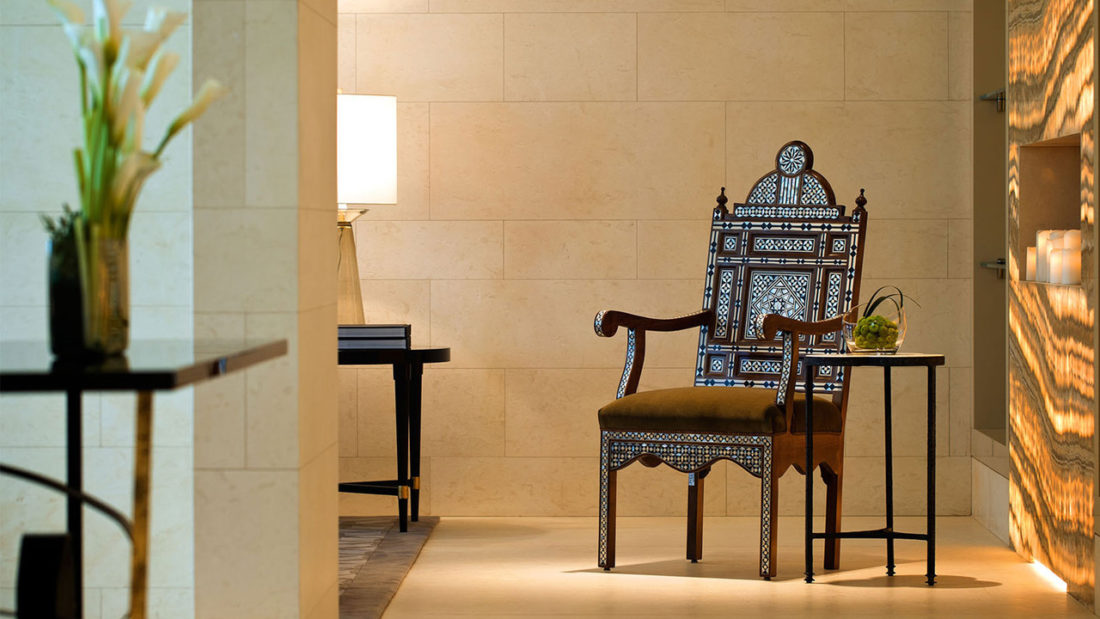 She is supremely talented and creative! With her roots spanning the Islamic world, from a paternal Hajj pilgrim ancestor from Samarkand to an Ottoman grandmother and a Persian mother, Sonia Ashoor grew up in a world of diverse cultures, family tales, treasured objects, legends, and art. She is a celebrated interior designer and a cultural ambassador for Saudi Arabia, has created a series of stunning embassies and royal residences all over the world. Ashoor is the founder and principal of Sonia Ashoor Cultural Design (SACD). She is one of the speakers at IFI Congress Dubai in collaboration with APID running from February 26-28, 2020 at Park Hyatt, Deira in Dubai. Her commissions whether for a UNESCO project, a ministry, or a home, all reveal her innate love of beauty and reflect the radiance of Islamic art and design. Here’s a wonderful project by Ashoor—The Saudi Ambassador residence located in Warsaw, Poland is part of a dual complex consisting of Embassy and Residence. The total property spans over 3,000sqm, and both buildings connect through an internal courtyard on the ground floor and from the Ambassadors office to the residence on the second floor.

The Residence consists of four floors to include a spa on the basement level complete with Olympic size pool, Jacuzzi, sauna, steam room, showers and locker rooms. The ground floor consists of three living rooms of which one has an Eastern ambience a powder room, kitchenette and a formal dining room. The first floor consists of a family room, dining, kitchen, study room, and three en-suite children bedrooms. The second floor consists of three children en-suite bedrooms and the Master suite. In World War II, Warsaw saw 100% destruction and a metropolis of 1mn was diminished to 20,000 people. With wars end, Warsaw set a course for reconstructing its city-making ‘culture’ part of its top five priorities. This included new roads, schools, the public library, the Opera House and the National Museum. This was achieved in a ten-year plan which gained them a UNESCO achievement award. Warsaw, rebuilt itself to the style of the 16th century in memory of its Golden age, when Chopin could be heard in the streets of Warsaw.

Taking on board this cultural direction, the designers matched it in designing in the style of museum interiors, reviving the 16th century of Islamic art and architecture. Sonia Ashoor and her design team were inspired by the Iznik tiles of the Ottoman Empire and the beautiful manuscripts of the Safavid Dynasty. They dissected colours, patterns, and glazes of these tiles to create artistic lacquer art panels throughout the residence. The manuscripts inspired space planning, creating a story of meandering spaces with a feel of overlap, transparency, and calculated views Special skills and artisans were used to complete this project, graphic designer, Ruba Mukahal, was responsible for all the stone and lacquer art panels, the contractor, Warbud is a specialised contractor in sovereign and cultural projects, which includes the Warsaw Science Museum. His expertise made this project a true success and Metamar, stone artisans, who were responsible for all the beautiful stone carved panels.

Design tour of the project:

Logitech G and Herman Miller to design furniture for gamers