Zaza Interior Design’s office doubles up as a social space! 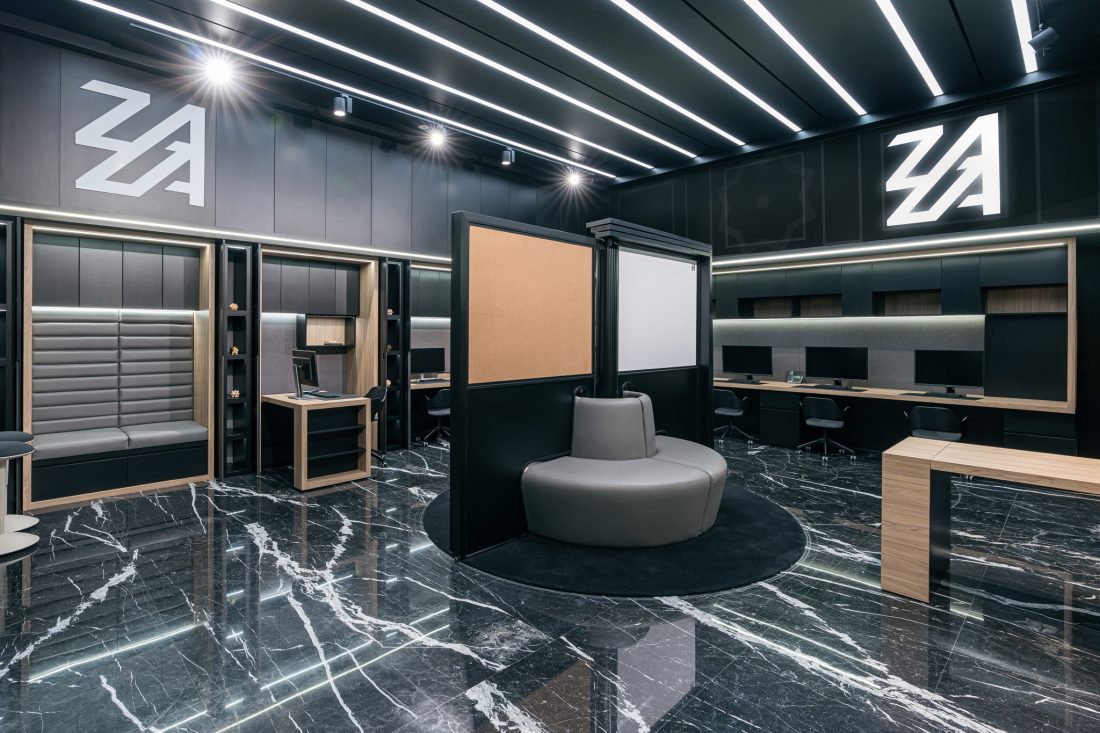 Zaza Interior Design’s office space at City Walk allows the team to showcase their design skills in a prime luxurious location surrounded by big brands and marquee showrooms. Zaza wanted to make a statement, a meta undertaking, in which the space not only enabled their creative team to conjure up some great designs for their clients, but also allowed them to truly walk their talk for themselves. 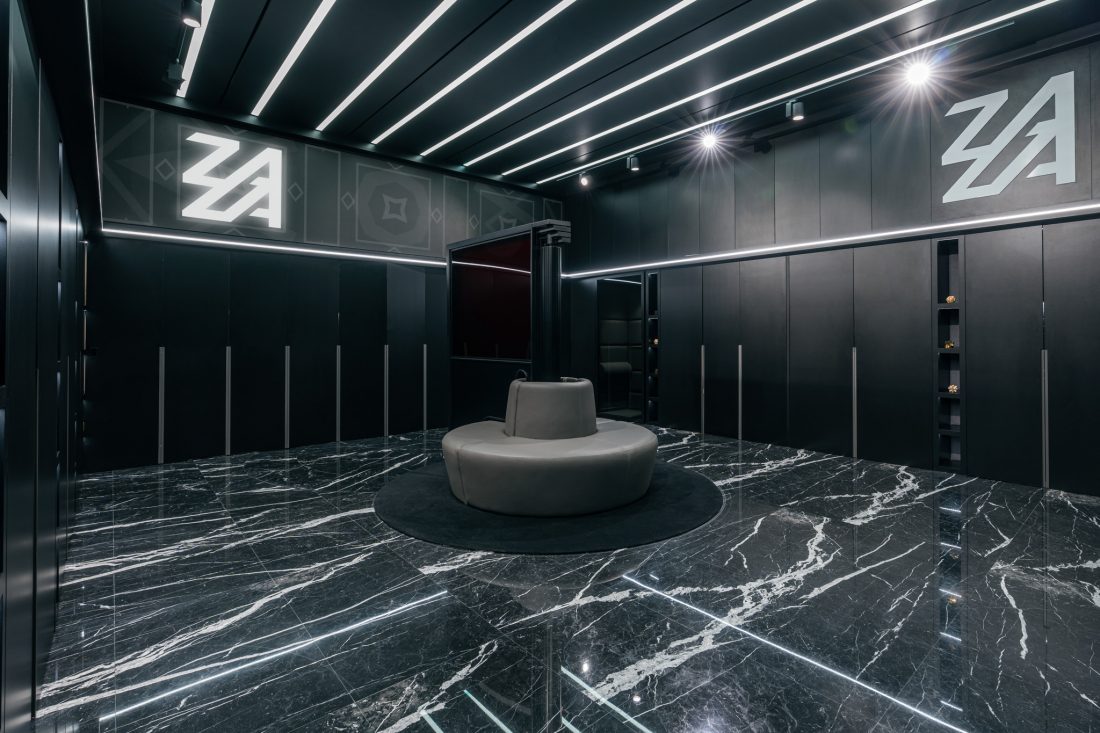 The goal was to create a premium interior design boutique studio that could function as an office during the day and a communal event space at night. The space was designed with a user experience in mind, resulting in a flexible space where the lines between work and social are blurred, allowing for social interaction and collaboration to flourish. The working spaces are designed to be concealed after, transforming the centre area into a free-flowing space that can later be used as a social space.

A hybrid working model is enabled by agile work practises combined with a mix of social and collaborative work settings. The dynamic design features formal and informal meeting areas, a phone booth, and a material library, as well as all the amenities employees require to thrive. 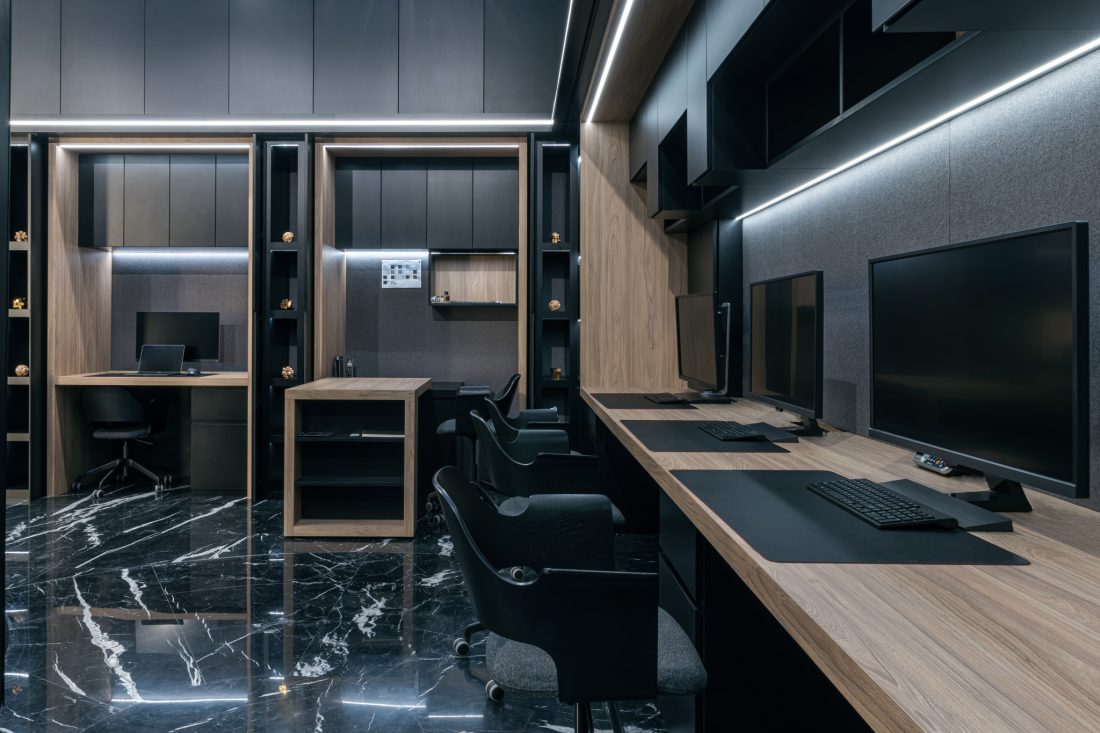 A flexible layout encourages movement, subtly supports design fluidity, and makes future space adaptations easier. The attention to detail is evident in every nook and corner, including the layered entrance, which transforms the act of entering into a symbolic gesture.

Ranjit Prasad, co-founder and creative director, stated: “I wanted to retain the sanctity of the retail space context; while envisioning an office which had a transformative nature and would be a space of constant evolution. ZAZA Design has hit the mark and created a marquee design that will form a template for many future designs.” 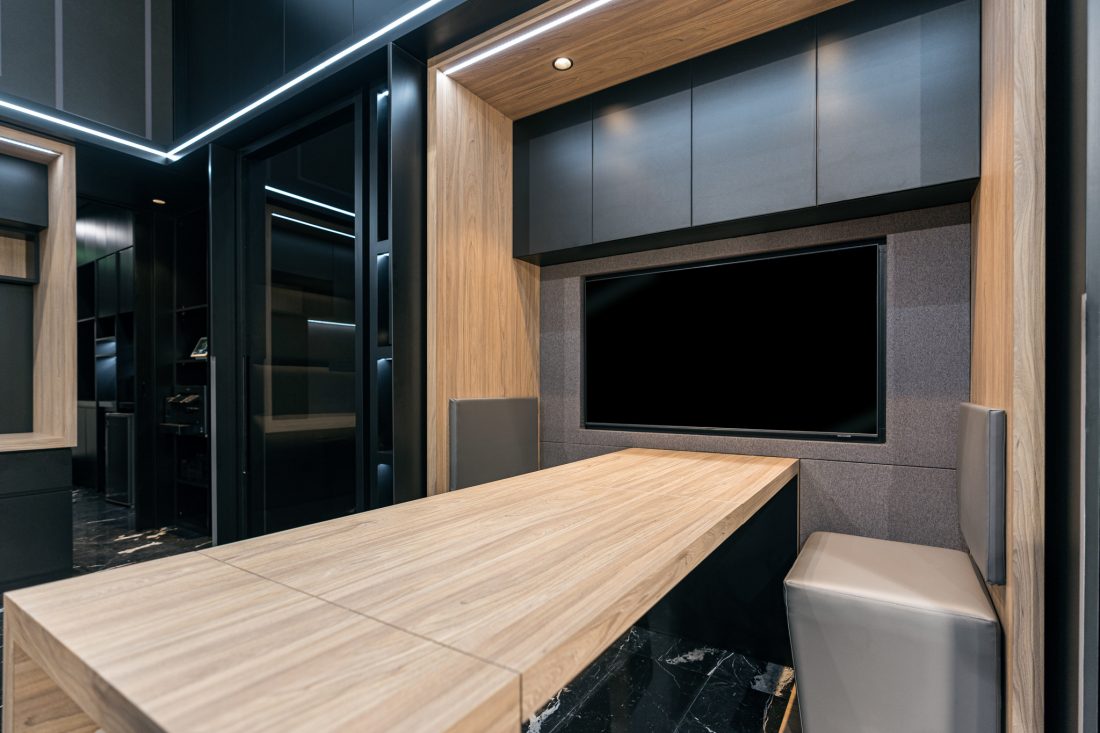