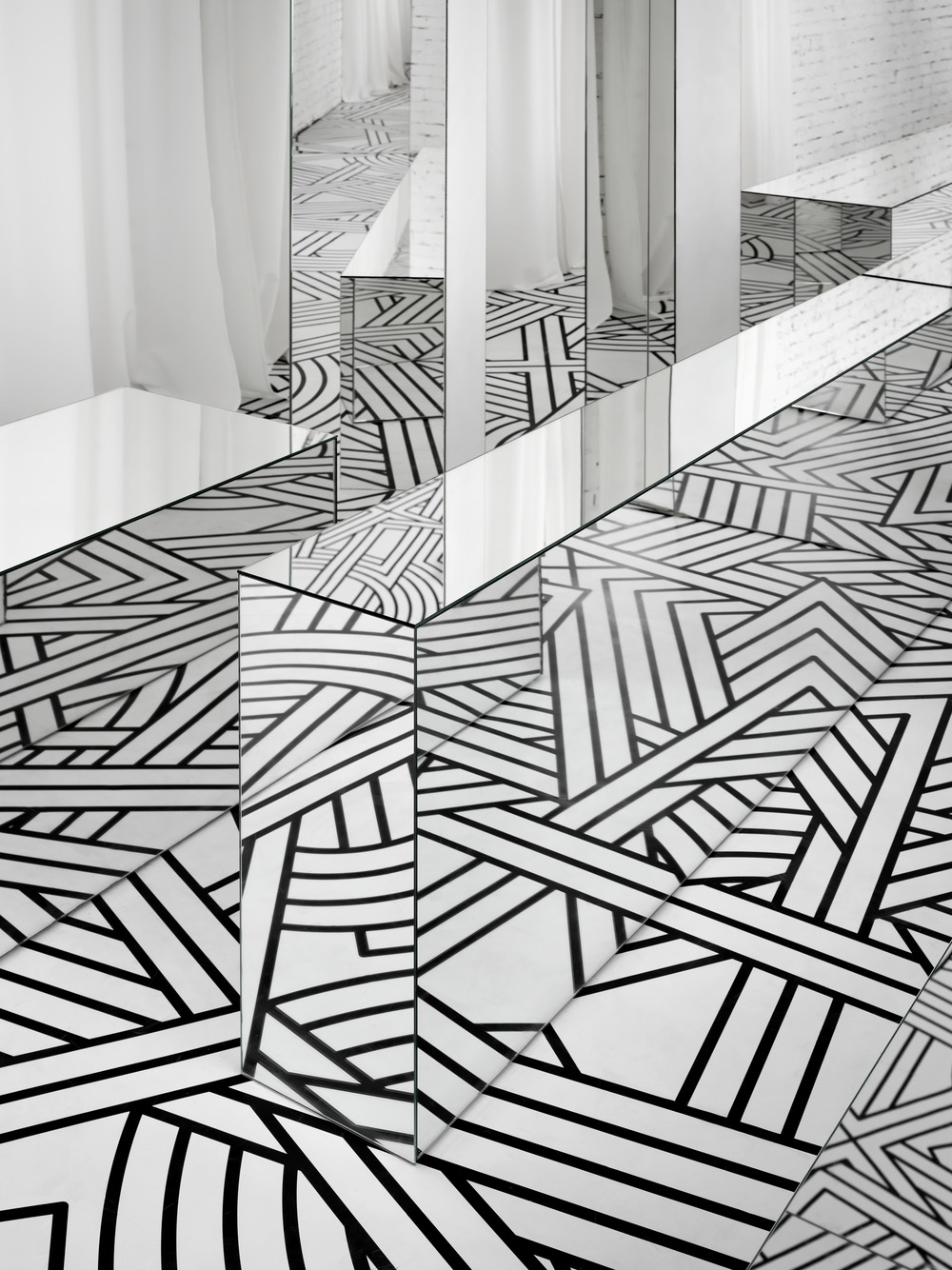 Maxim Kashin, an interior design and architecture studio that creates a symbiotic relationship between geometry and functionalism, is proud to unveil New Suprematism in Moskva, Russia, an installation that provides a glimpse into the future through the geometry of New Suprematism. Combining endless reflection, a geometric pattern, and simple geometric mirror figures creates an immersion in an endless non-objective world formed by pure linear geometry, opening up a new Suprematist three-dimensional space.

“The idea of Suprematism is based on the superiority of pure geometry and color over the established ideas about form and space,” explains Maxim Kashin. “Square and elementary forms, like circles, lines, and crosses, form the basis of Suprematist compositions.” 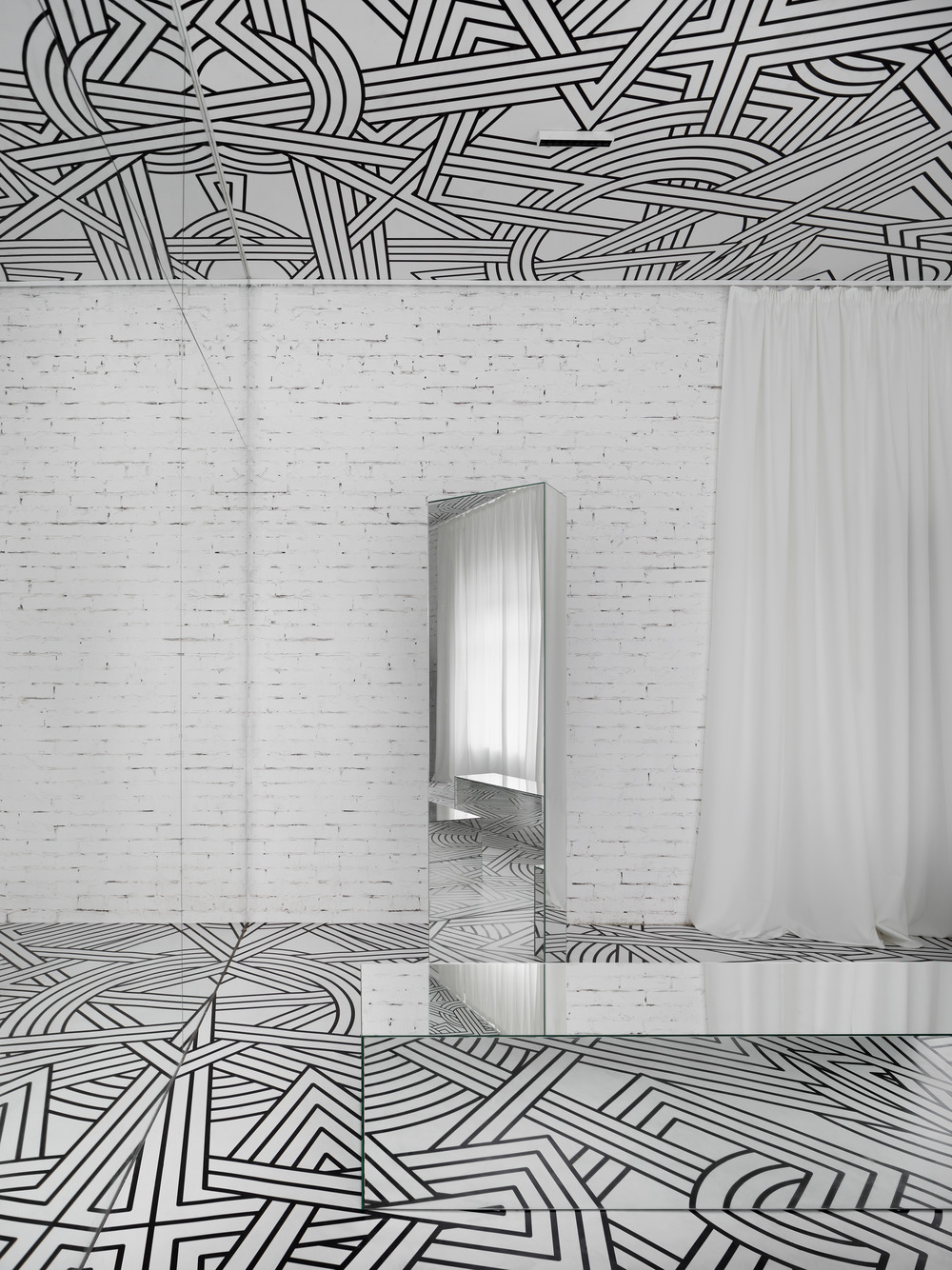 A new reading of the foundations of the ideology of Suprematism focuses on the interweaving of linear figures, and the creation of an endless Suprematist pattern. Conceptually, the installation presents an infinite space through two black squares, created by re-reflecting a pattern and simple geometric volumes in the mirror walls, with a reference to Suprematist linear compositions. The composition between the two re-reflected spaces therefore represents the exit of the modern reading of the geometry of Suprematism into volume.

The installation takes the form of a rectangular volume, with quadrant mirror planes located opposite each other. The endless reflection of the latter identifies the basis of early 20th century Russian avant-garde – the black square. This effect is known as Mise en abyme, or the principle of nesting dolls – a recursive artistic technique known as a “picture in a picture”.

Mirror parallelepipeds located in the space between two mirrors provide a three-dimensional interpretation of Kazimir Malevich’s Suprematist compositions, extending the connection between infinity and the Suprematism ideology. A geometric pattern identifies infinity in the plane, setting the dynamics and highlighting the influence of lines on the perception of simple geometric shapes and volumes. 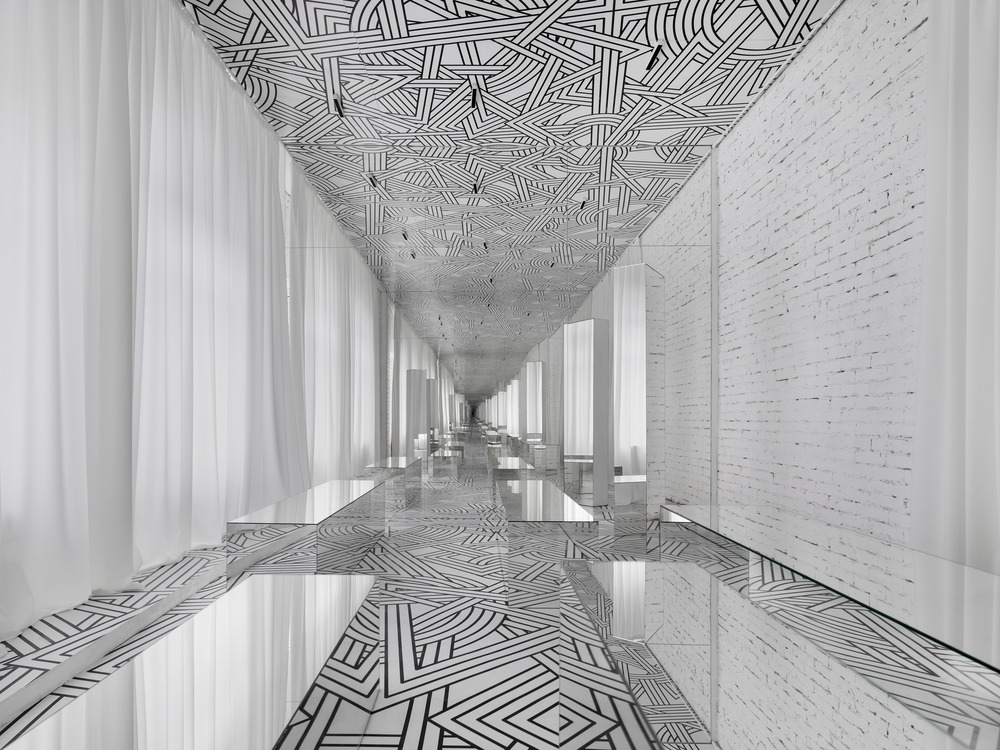