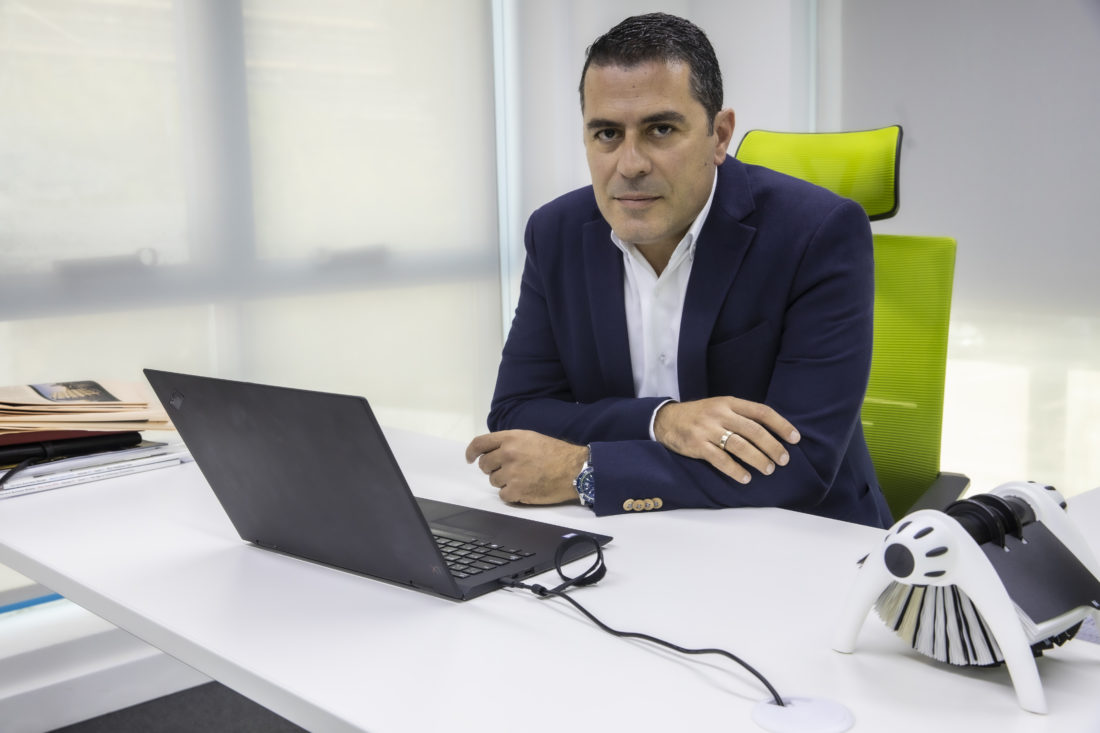 His knowledge, extensive experience, and strong business acumen are incomparable. He has a vision on creating cultures that are flexible and innovative and helps in building a great team than just merely making the strategies. Meet Dimitri Papakonstantinou, managing director at Al Shafar Interiors (ASI) who is all this and much more. Papakonstantinou emphasises: “My focus had always been on building a culture and it is fundamental for building a good team. I firmly believe in the expression by legendary management consultant and writer Peter Drucker, ‘Culture eats strategy for breakfast’. Clearly, you cannot underestimate the power of culture.” Papakonstantinou started his career journey with Murray & Roberts Construction in South Africa in 2000. Four years later, he was promoted in his role and shifted his base to UAE where he was responsible for managing large-scale commissions such as Madinat Jumeirah and Dubai International Airport (Airside projects).

In 2008, Papakonstantinou launched Plafond Fit- Out, he was one of the founding members. In 2018, Papakonstantinou joined ASI, a subsidiary of ASGC Construction, headquartered in the UAE. With just over a year in his new role, Papakonstantinou had a busy 2019, despite the overall market slowdown. He says: “The market overall is going through a slowdown. As a business, we’ve gone through some major transformations and we’re excited about them. Last year, we received a lot of enquiries from different sectors like education, commercial, public, and we successfully completed various hospitality projects.”

As Dubai is gearing up for the biggest show in its history—Expo 2020, it’s expected that this mega event will boost the economy with an estimated AED123bn as a result of the investment, tourism, and other revenue streams. Both ASGC and ASI are also doing various pavilions for Expo 2020. Papakonstantinou shares: “Expo 2020, has impacted all the businesses positively especially ours. We have done some amazing works for the Sustainability Pavilion, and then there are other five other pavilions we’re involved in like Ukraine, Australian, Interview and Azerbaijan. We have made separate departments to just focus on Expo 2020 projects for the next eight-nine months.”

There is so much buzz around Expo 2020 but what happens once the greatest show gets over? Papakonstantinou has his concerns: “It can be difficult to gauge the effect of such an event after it’s over. However, case studies have shown, that there are tangible benefits for our industry that come out of organising such an event. Beyond Expo 2020 I am aware of the slowdown that might occur in the market. I am also feeling positive about the good and decent amount of work that is there with the right clients. We just have to work a little bit harder getting that work in.” Papakonstantinou is from the modern school of thought and highly value the role of technology in business operations. He explains: “Our focus is on technology, fortunately, we have a company in our group called Analytica which has been assisting us with innovative systems and software. From monitoring systems, creating a dashboard, and how we collate information and so on to our production facility. We are currently setting up a pilot programme with Analytica on barcoding and digitising our production process which will help us in assisting where we are in the production phase of every item, how are we using our manpower based on the utilisation of the materials. As a group ASGC invests heavily in technology, from Drone technology to VR— this is how people can differentiate one company from others and this gives us a competitive edge.”

For Papakonstantinou, innovation means success, it’s a solution to current and future business problems. Papakonstantinou has plans and goals and he is already working towards them to streamline the processes in the best possible manner. He says: “I want to digitise our manufacturing system. Like, when an item leaves the factory door. I keep comparing it to an IKEA product. When it gets to the site the project manager has everything he needs to assemble. We are trying to compact the process as much as possible because traditionally the door and doorframe hinges would leave in a separate delivery or the hardware would go in a separately. Now everything is streamlined. We are streamlining the process of a product getting manufactured and then reaching the site and eventually assembling. Personally, I believe in off-site manufacturing and it can be tricky with fit-out specifically where you could do structural construction rather than modular construction, but ultimately it would be the next thing that I would like to do.”

Papakonstantinou is very positive about 2020, as he is working on some of the biggest projects. He reveals: “The year 2020, seems promising as we are doing some interesting project with Emaar. Right now, we are working on the fit-out of Address Creek Harbour project, and an H2B Hotel at Dubai Trade Centre, which should be finished by mid-2020, two Aloft Hotels with ASGC, and I am looking forward to other projects like Marsa Al Arab Hotel. Goals are important for any business as they give a structured framework and this is what Papakonstantinou is focussing on. Regional expansion is also on his mind. He describes: “As we look into 2020, I reminded the team about what we achieved over the last 12 months which has been transformative. Our objective or strategy is clear in terms of which clients we want to work with whether they are main contractors of developers. We want to place ourselves as one of the top three fit-out contractors in the region. The next part of our strategy is to look towards regional expansion with many countries in this region, such as KSA being the obvious example. ASGC has been in Egypt and been working there for the past 10 years and there are projects in Europe that we are looking at with main contractors.”

Hostmilano celebrates the worldwide expansion of Ho.Re.Ca and opportunities in the Middle East