As he releases his latest line of sanitary ware, Robin Levien talks about his journey from ceramics-mad schoolboy to world-renowned product designer

Some people take decades to figure out what they want to do in life – for Robin Levien, that eureka moment came early. The British product designer was a teenager at boarding school when an art teacher introduced him to ceramics.

“He brought clay and a kiln, we sat down for the lesson and he said, ‘Go away and find something you’d like to make, draw it and bring the sketch to the class next week’.                                                “I found a book on Chinese art and there was this sculpture of a seated Buddha, and I drew it. I brought it to the class and the teacher said ‘I think that’s a little bit ambitious!’ and I said ‘Yes, but that’s what I want to make’. So I made it and listened to everything he had to say, about how you had to let it dry out properly before you put it in the kiln. It was about 30cm high, and the next week we opened the kiln door and my Buddha was sitting there.

“A lot of the other kids’ stuff had broken – they’d put it in while it was a little bit damp – and that was the moment. The teacher gave me a pat on the back and said ‘Well done, Levien’ and that was it – I was hooked!” 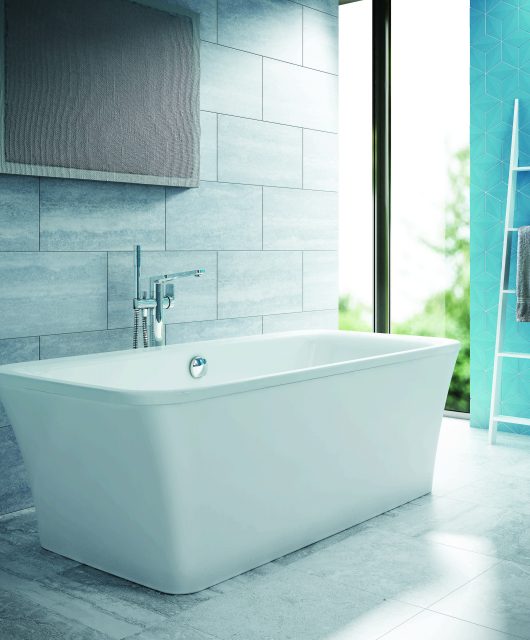 will talk about functionality and beauty, and then I put this ‘A’ in the middle there, affordable. Because you can make things functional and people don’t like it, they don’t buy it; you can make it incredibly beautiful. But if people can’t afford to buy it, it’s not such a great achievement.” Levien has been invited to a celebration at his almamater, London’s Central St Martins School of Art and Design. “Its ceramics course is 100 years old this year – I’m going to be involved in an exhibition there, which is fun!,” he says. “I’m going to put a Connect toilet in the exhibition as an alumnus.” Levien graduated with a bachelor’s degree in ceramics, then took an MA in the subject at the Royal College of Art. His professor was the renowned pottery designer and aristocrat David Douglas, the 12th Marquess of Queensberry, and in 1976, the pair went into business.

We are effectively in a fashion industry, because the toilet was invented 150 years ago and it hasn’t really changed much

“I was in partnership with my professor for about 20 years before I set up my own practice,” he says, “so it’s been ceramics from being a 15-year-old in school, the whole way through – quite a singular road.” Levien’s work is displayed in the permanent collection of London’s V&A museum; he’s also heavily involved with the UK’s Royal Society for Arts, serving as chair of one of its Student Design Award judging panels. In 1995, he became a Royal Designer for Industry, a distinction limited to 200 people at any one time. Presented by the Royal Society for the encouragement of Arts, Manufactures and Commerce, it’s one of the highest accolades a designer in the UK can achieve. More recently, he served as Master of the Faculty of Royal Designers for Industry, a two-year post.