Tragedy propelled Viggo Einfeldt to create a cot that would keep kids safe at night. Now, his pioneering childproof bed has been reworked to protect generations to come…

Viggo Einfeldt was a struggling Copenhagen architect when he happened upon the article that would change the course of his career. A toddler had been strangled between the bars of his own bamboo cot – and Einfeldt resolved there and then to create a safer model to ensure no other child met the same fate. It was 1942 and the outbreak of World War Two had abruptly halted all construction; with 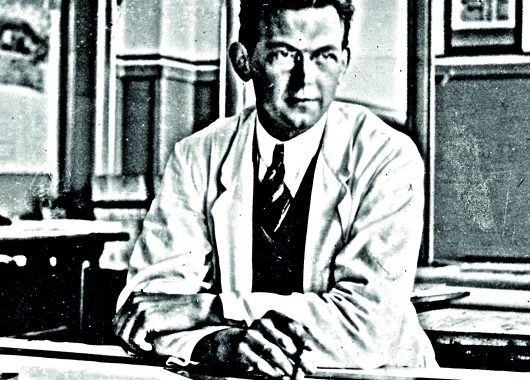 little building work on the horizon, he was compelled to pursue his passion for product design.

The piece of furniture Einfeldt came up with was not only safe, it could also be extended as youngsters grew from newborns into gangly teenagers. Called Juno, his creation found a place within the canon of inspirational Danish design – and now it has been reworked for the
21st century.

The concept was a pull-out bed constructed in a manner that could follow the child from the first weeks to the early teens. Marketed with the motto ‘The bed that grows with the child’, it could easily be extended. The side panels were removable, meaning it could also serve
as a settee, years before sofa beds came to prominence.

The original Juno had features that made the piece suitable for use as a playpen, plus long round rods in the gable. These were later shortened, and it is this style that has stood the
test of time. Its soft, child-friendly shapes were a dramatic departure from the rigid forms of
the era; as was the case with clothes, 1940s children’s furniture looked like adults’ in all but
size. The Juno came in a variety of pastel hues befitting the grandest of nurseries and, more
crucially, its bars were so close together that no child could ever get his or her head stuck. 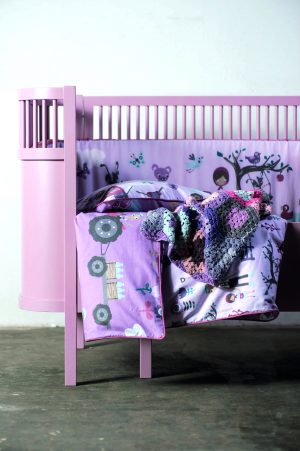 Einfeldt’s invention was an instant hit. A Danish newspaper of the day reported: “At the
beginning, there is no danger of the little one  alling out, but the child soon begins to discover a
zest for life. First, you can place grilles inside the bed, right down to the bottom, and remember the child begins to stand up, the wisest step is to pull down the bed, so that the grilles can be
placed in the right position.

“The child has now grown and the bed has grown along with your child. The grilles can still be used, but now as side rails to keep the quilt in place – here, the grilles must be way down on the bed base, while the mattress is lifted. The bed has lost some of its childish appearance
and is now better suited to the young lady’s or gentleman’s room.”

Danish design studio Sebra Interiør won the exclusive rights to the design. The firm’s founder
and owner, Mia Dela, says: “Through the years, several generations have purchased the original Juno bed in new or used condition in Denmark, and generations of children have slept in this bed. Today’s parents, grandparents and great grandparents have a very special relationship with this design icon.” 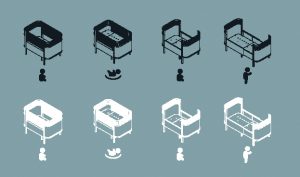 (1) Cot with sides attached, upper bed base position. Suitable for use from birth until the infant is able to sit unaided.

(2)Cot with sides attached, lower bed base position. Ideal for when the baby can sit upright without help.

(3)  Cot used with one or both walls removed and the base in a lowered position. Suitable for toddlers once they can crawl out of bed.

(4)  Junior bed. The frame is extended to its maximum length. The side panels are removed and the base is fully raised. 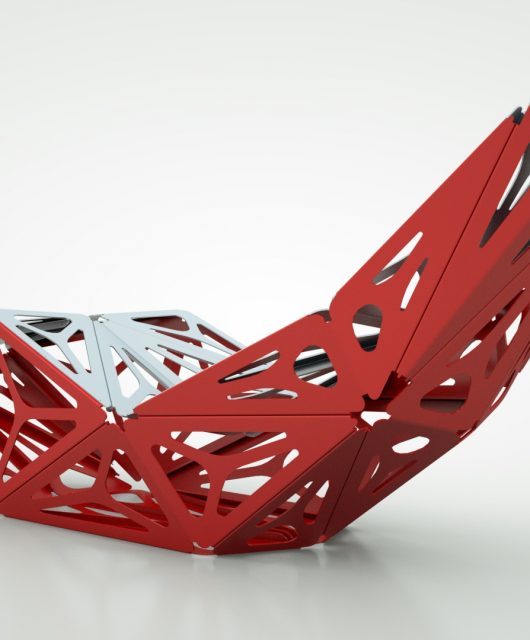 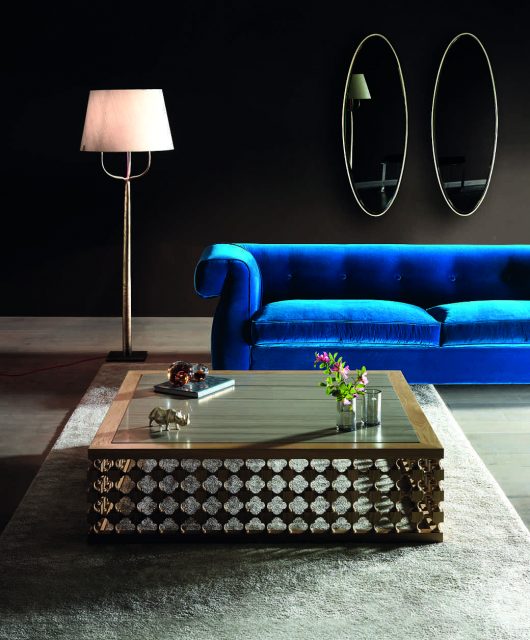