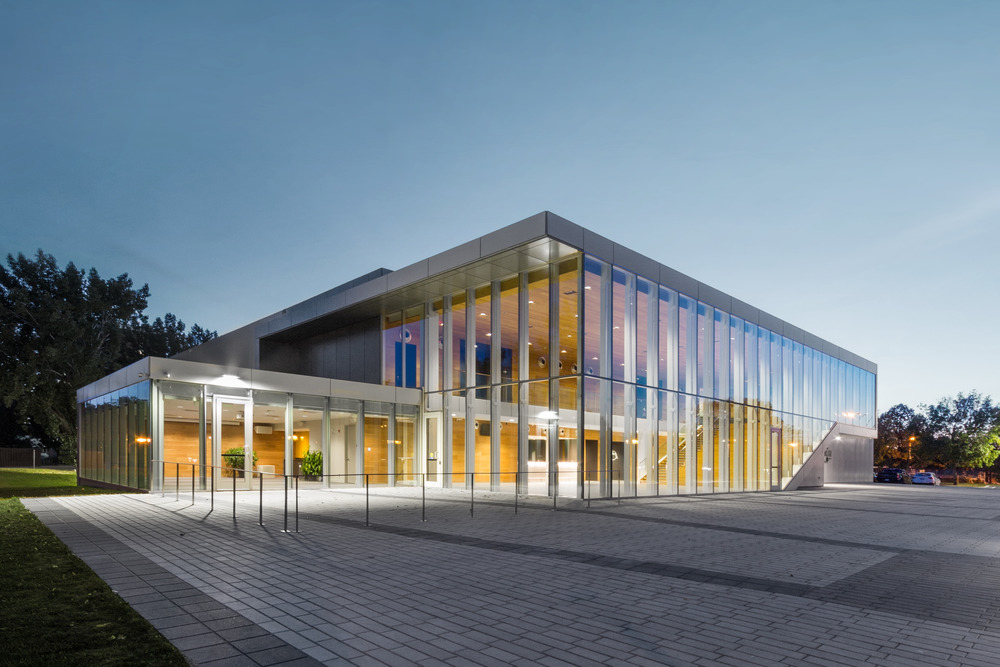 A winner of an architectural competition held for the conversion of the Guy-Gagnon Arena into a Cultural Center for the borough of Verdun, Quai 5160 includes a 360-seat performance room, an art gallery, a mediation room, a circus school for the children of the neighborhood as well as the additional offices and spaces necessary to implement this mission.

The primary objective for Les Architectes FABG was to open this opaque building on the waterfront promenade and adjacent linear park to foster interaction with citizens while enhancing the sense of security around it. The project is part of a broader vision of valorization and development of the river banks that were once places for swimming and recreation before being contaminated by waste spills and the construction of buildings with an industrial character surrounded by vast asphalt areas. A new public beach has just been laid out, the renovation of the Verdun Auditorium is underway and a new public indoor pool is planned. 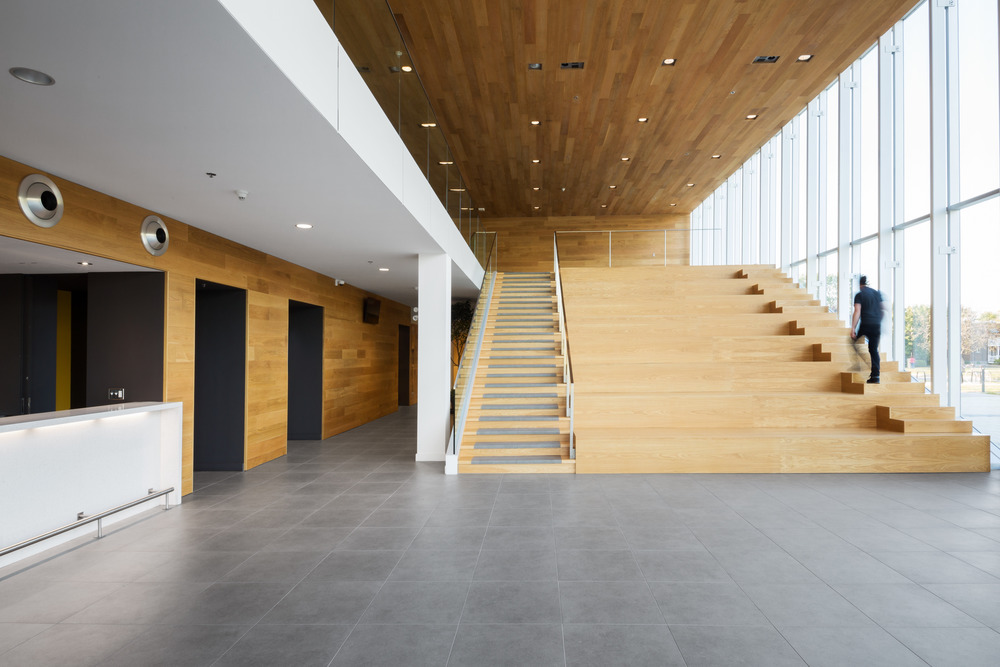 The arena was a concrete structure covered with brown concrete bricks and, later, colored acrylic plaster surfaces. The outer shell was partially demolished but the structure was retained. An expansion allowed the addition of a large entrance hall generously open to the park and which includes a step staircase for performances and cultural mediation activities in an informal setting. A forecourt in the extension of the hall encourages complementary activities outside. 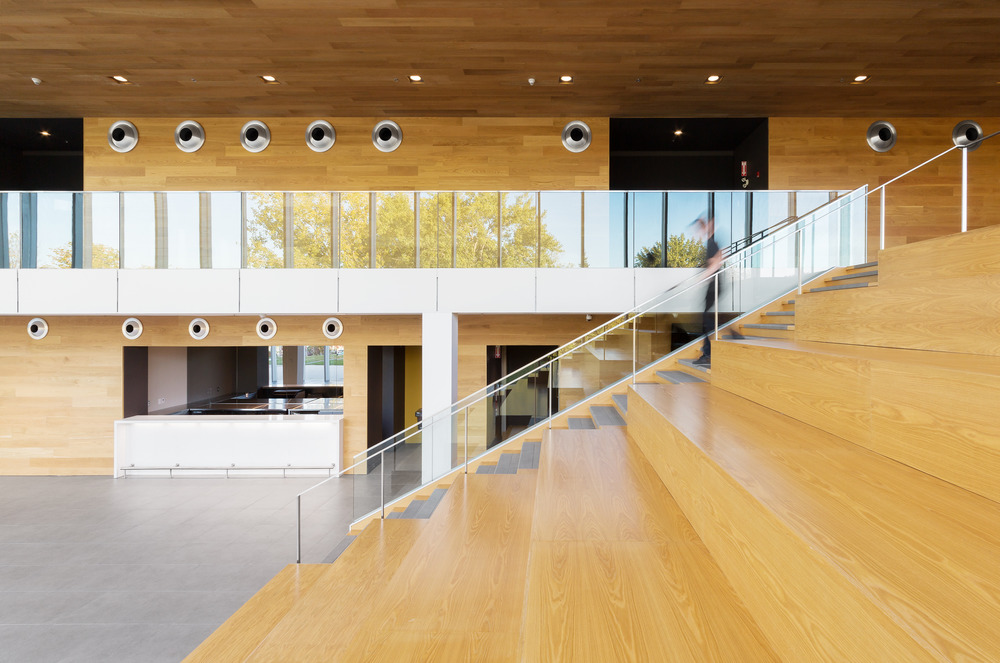 All the mechanics have been hidden in the sanitary vacuum under the building and the biogas from the soil contaminated by the decaying waste in the basement are channeled and discharged through the drums on the outskirts of the forecourt. 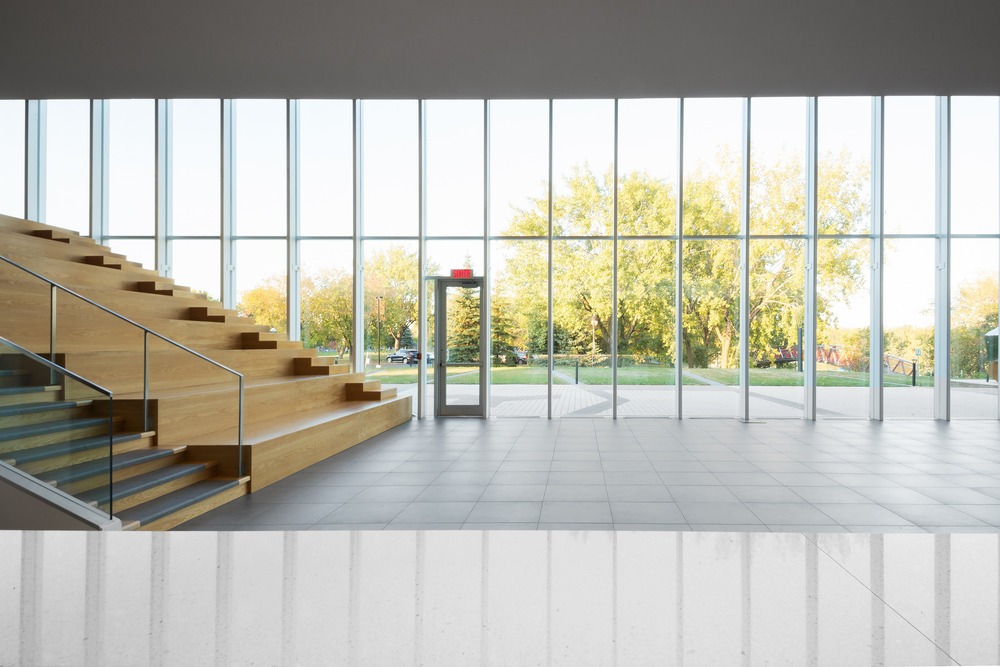 The new building envelope, designed on the principle of rain screen with a ventilated cavity is coated with aluminum panels with small perforations producing a slight visual vibration of the painted surface (fluoropolymer) with a high luster. Golden accents and oiled oak plank siding warm public spaces in contrast to the cold whiteness of the envelope. Some brick surfaces of the original building have been preserved and dyed black. They serve as a support for a wall of brass cut plates, designed as part of the arts integration program. 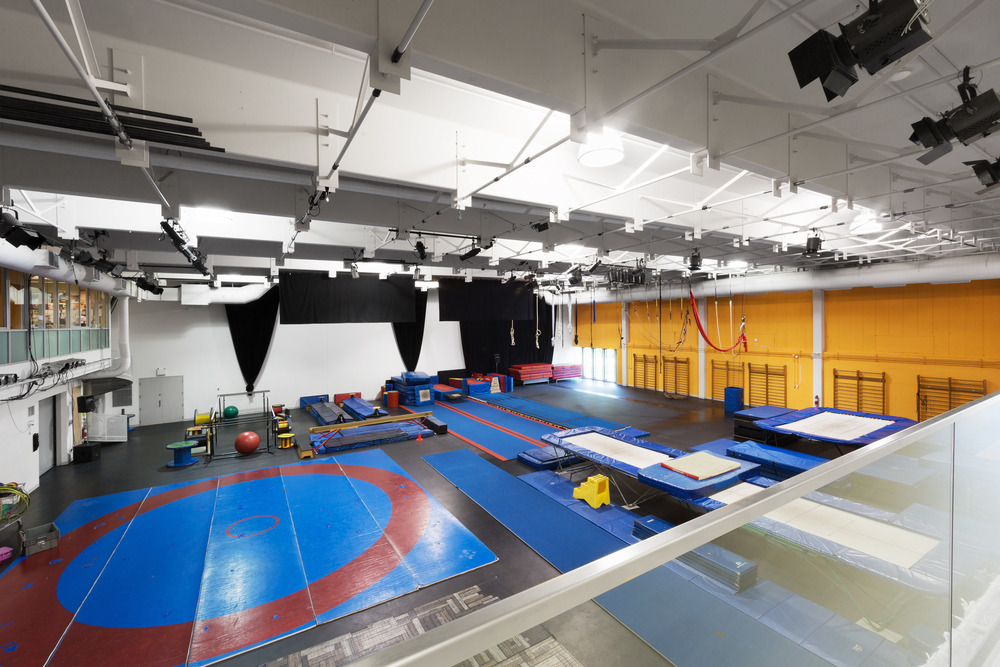 This conversion project reflects the significant change that has occurred in recent years in public space, cultural practices, and the environment. It reflects the expectations of the public, elected officials, and architects who converge through more participatory design processes including the architecture competition, presentations to citizens, and the move to the Urban Planning Advisory Committee.

In Pictures: Ministry of Cabinet Affairs Office in Dubai by Kart Group